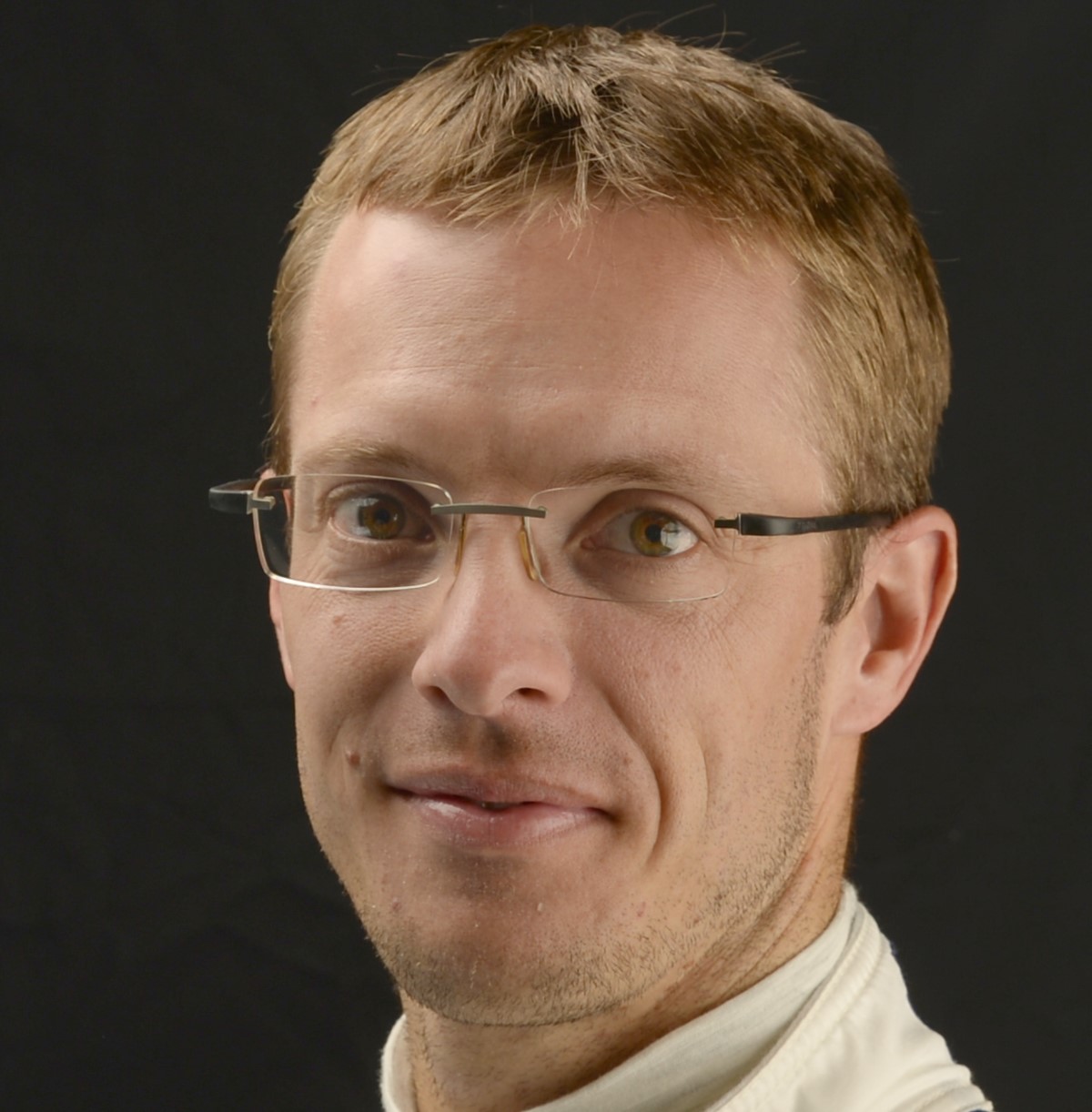 After a brief break over The Holidays, IndyCar teams have resumed their off-season testing programs. And while it’s difficult to decipher anything concrete from testing, and the season-opener at St. Petersburg remains two months anyway, it is clear that some teams have progressed more than others since October’s 2013 finale at Fontana.

Below, AutoRacing1.com takes a look at the changes within the 12 IndyCar teams to have confirmed at least one full-time entry for the 2014 championship.

I thought one story that got lost during last season was the improvement in form of Ed Carpenter on road and street circuits. No, the results were not indicative of the progress, but Carpenter significantly lowered the gap between himself and the field on the twisties. The fact this didn’t show in the results, was largely in my opinion, a function of how deep the IndyCar field was in 2013.

Nevertheless, adding Mike Conway for the road and street races was a no-brainer for the Fuzzy’s Vodka team. Yes, Conway can be inconsistent, and it remains to be seen if a one-car team can genuinely compete week in-week out in this era of such limited testing. Still, the combination of Conway running the twisties with Carpenter running the oval races, puts the #20 car in the discussion as a threat for podiums finishes everywhere.

Conclusion: no team has taken a bigger step forward this off-season than ECR.

Swapping Carlos Munoz for E.J. Viso had been expected, so the move hasn’t generated enormous buzz. But Munoz has the talent and bravado to run with the Andretti regulars. And when you consider that both Marco Andretti and James Hinchcliffe made significant strides in 2013, you have to think the structure is in place for Munoz to flourish.

Plus, don’t minimize the impact of Andretti joining forces with Honda. As we well know, Honda’s split with Ganassi was less-than-amicable. And the Andretti foursome looks primed to be the beneficiaries of what is sure to be a re-energized Honda in 2014.

A team that could take a huge step forward

At the risk of confessing a sure-to-be unpopular opinion, I’m of the belief Sebastien Bourdais will be an upgrade over departed team-leader Tony Kanaan.

However, to maximize the sublime talents of the Frenchman, the rebranded KVSH racing would be wise to secure an accomplished, veteran teammate to compliment Bourdais. In other words, Bourdais and (insert inexperienced, marginally talented ride-buyer du jour here) is not going to be the combination to take KVSH to the next level. On the other hand, Bourdais and say Oriol Servia, or to a lesser extent Bourdais and Simona de Silvestro, would be a very solid attack for KVSH.

In short, it was a huge score for KVSH to get Bourdais. But will a less-than-optimal teammate prevent KVSH from maximizing the potential of Bourdais’ signing?

I’m reserving the right to….

Add Rahal Letterman Lanigan Racing to my list of winners depending on the forthcoming news regarding their second program, and the conclusion of the seemingly interminable delay regarding the National Guard sponsorship.

The inevitable Luca Fillipi to Barracuda Racing will raise the level of the #98 program, particularly if the Italian can eliminate some of the mistakes he made in his limited action last season.

Simon Pagenaud made two trips to victory lane for SPM in 2013, and finished third in the championship. Also, Pagenaud has become the face of the SPM franchise a la Ryan Hunter-Reay at Andretti, and Scott Dixon at Ganassi.

Of course, the second program struggled. And was that a case of fielding rookie Tristan Vautier, or was it the teething problems naturally associated with the first year of a second program?

One has to think Formula Renault 3.5 product Mikhail Aleshin will benefit from the teething problems of Vautier’s team in 2013.

Conclusion: Aleshin is a total wild card. But this team is ultimately about Pagenaud. And if the Frenchman can improve his qualifying form, the unheralded SPM team becomes a legitimate championship contender.

A team that certainly added talent, but still poses many more questions than answers

Juan Pablo Montoya’s signing by Team Penske last summer registered quite highly on the no-one-in-a-million-years-saw-this-one-coming meter. Of course, once upon time, JPM was sensational in CART, winning 7 races and the series championship in 1999 as a rookie. He was then very good, albeit inconsistent, during his time with Williams and McLaren in F1. And although, he enjoyed mild success during his seven seasons in NASCAR, you always got the sense JPM was something of a misfit down South.

So, what will happen in this rare move from tin-tops to open-wheelers?

Will JPM, aided by the most-celebrated organization in Indy car history, slide seamlessly back into open-wheel formula cars? Will age, wisdom and a change of scenery allow him to gel with incumbent Penske drivers Helio Castroneves and Will Power?

Or will the notoriously stubborn Montoya, be a mismatch with Castroneves and Power? Will the switch to three cars dilute the Penske effort a la Emerson Fittipaldi joining Rick Mears and Danny Sullivan in 1990? And will the rust of nearly a decade outside formula cars for Montoya be too much to overcome?

It’s honestly hard to speculate, much less answer any of those questions. But make no mistake about it: how the Penske set fares is a huge storyline going into 2014.

I’m going to interpret Panther testing Carlos Huertas, not once, but twice as an indication the lucrative National Guard sponsorship will not return in 2014. And for a team that has been seemingly rudderless since firing J.R. Hildebrand after last year’s Indianapolis 500 (and arguably before), there has not been one shred of evidence indicating anything has changed.

2013 was by any measure the best season in the long history of Dale Coyne Racing. During the off-season, DCR has tested a few times, and last week it was confirmed team leader Justin Wilson would return in 2014.

But generally speaking it’s been another off-season of “All Quiet on the Dale Coyne Front." That, combined with the loss of top engineer Bill Pappas to RLL, raises questions as to whether the team can match last year’s form.

Now, its looking like James Jakes may return to DCR to pair once again with the classy Wilson. Jakes has shown flashes of speed and potential, and one could argue Jakes full-time is an upgrade from the rota of drivers we saw in 2013, Mike Conway’s unforgettable weekend in Detroit aside.

I’ll just say this: after a fabulous 2013, I was expecting more from DCR than we’ve seen this off-season. And maybe we will see that, but the momentum that was created after last year, seems pretty distant now.

By no means an off-season loser, but not quite the winner everyone thinks

Clearly, Scott Dixon stands alone currently as the best driver in the series. And so long as Dixie and Mike Hull remain together as the A.J. Foyt-George Bignotti driver-crew chief combination of this era, Team Target is going to be contending for race wins and championships.

That said, I have serious questions as to how new additions Ryan Briscoe and Tony Kanaan will fit in. Will they be integrated into the team in a way that benefits everyone? Or has Team Ganassi become the team of Scott Dixon with a cast of secondary players in Kanaan, Briscoe and Charlie Kimball? And even if the approach is more egalitarian, there is evidence to suggest Kanaan and Briscoe will struggle to keep pace with the Kiwi.

While TK will no doubt benefit from the might of the Ganassi operation, recent history indicates he is only a threat to win on ovals, which comprise a mere 1/3 of the calendar. And if his qualifying form is that of recent years, keeping pace with Dixon will be difficult, at best.

As for Briscoe, the likable Aussie poses something of a puzzle. He was outstanding during the 2008 and 2009 seasons, winning 6 races. And while I can’t empirically prove direct cause and effect, I’ve long believed that Will Power’s full-time arrival at Penske had an altering effect on Briscoe’s confidence. Power won 14 races from 2010-2012, whereas Briscoe won only twice.

In short, I have serious questions as to whether Briscoe and Kanaan combined will adequately replace the recently retired Dario Franchitti. Of course, many will make the fair point that the Franchitti of 2012-2013 was not the Franchitti of 2009-2011, and they’d be right. But even though Franchitti did not win a race last season, he did earn a series-high four pole positions. We also know the chemistry between Franchitti and Dixon, one of the great pairings in IndyCar history, was outstanding.

How exactly Kanaan, Briscoe, Dixon and Kimball will work out, and in particular how Kanaan and Briscoe will perform, is one of the great storylines going into 2014.

The revelation of last year’s opening season had a disastrous final two-thirds of the 2013 campaign. Will the ABC Supply boys and the at-times sensational Takuma Sato regroup and return to early 2013 form? Or was early 2013 a mirage?

We will soon find out. I just can’t imagine a certain notoriously grumpy, not-exactly-known-for-his-patience Texan tolerating a full season like the second half of 2013.

You can’t help but love the spirit of Sarah Fisher and the never-say-die SFHR team. But can this one-car outfit give American hot shoe Josef Newgarden the tools necessary to take the next step. Or is this at best, a mid-pack team that will occasionally score the opportunistic result a la Baltimore 2013?

Maybe. But this we can say for certain: to make a serious move forward in 2014, Newgarden and SFHR must do something about 2013’s average qualify position of 17th. Yes, the kid has shown an ability to drive through the pack a la Sao Paulo (23rd to 5th) or Pocono (16th to 5th). But he can’t count on doing that race after race.

And there you have an off-season look at the IndyCar Series teams. Which ones will take a step forward? Which drivers will thrive in their new surroundings, and which ones will find difficulty in adapting?