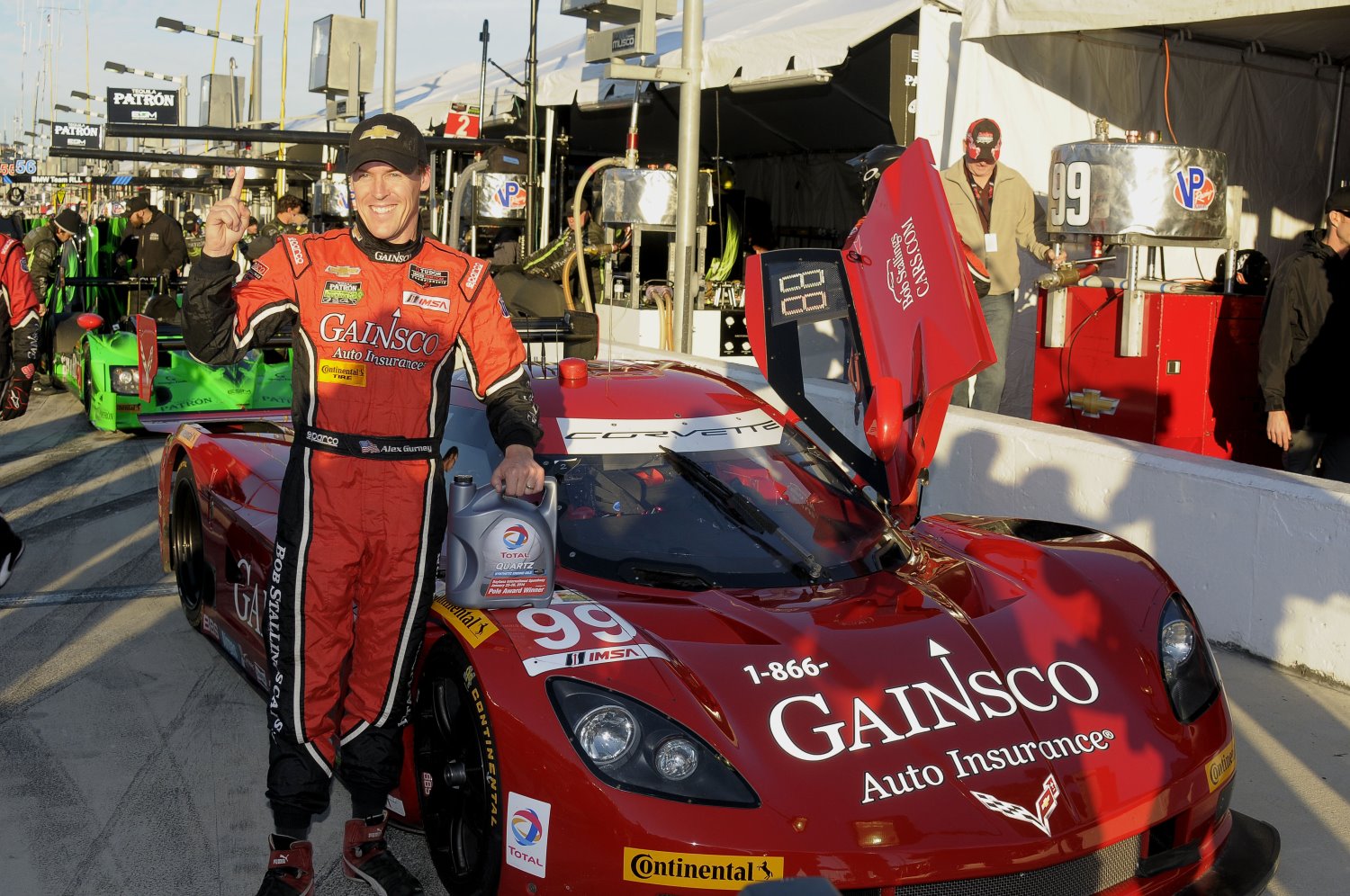 The urge to merge has evolved into a compulsion to compete, and Thursday marked the first day of actual competition for the new TUDOR United SportsCar Championship, with qualifying for this weekend's Rolex 24 At Daytona.

The 52nd running of the Rolex 24 opens the first season for the TUDOR Championship, which resulted from the highly anticipated merger of two formerly competing sports car organizations — the American Le Mans Series and the GRAND-AM Rolex Series. A total of 67 cars are slated to take the green flag Saturday at 2:10 p.m. ET, for the 24-hour endurance classic; Thursday, four cars claimed respective class pole positions on the 3.56-mile Daytona International Speedway road course.

Start with the headlining Prototype (P) class, an amalgam of the ALMS' exotic P2 and DeltaWing cars and the Rolex Series' Daytona Prototypes, where a history-rich name took center stage on a day that was so much about the future.

Alex Gurney, son of legendary driver Dan Gurney — who won the first incarnation of the Rolex 24, a three-hour event in 1962 called the Daytona Continental — put the No. 99 Corvette DP on the overall pole with a fast lap of 1 minute, 38.270 seconds (130.416 mph). Gurney and his longtime co-driver Jon Fogarty — two-time champions in the Rolex Series — are joined this week by Memo Gidley and Darren Law. Somewhat surprisingly, the Gurney-Fogarty combination has never produced a Rolex 24 win.

“We are obviously really excited and really happy about winning the pole," Gurney said. “It’s been a difficult off-season, and I have to say a big thank you to Bob Stallings and everybody on the team. I think most of the team worked right through Christmas and New Year’s, with no real time off for them. With all the rules changes there have been a lot of challenges. This means a lot to us and to all our team. We aren’t set for the whole season, and this is one of our times to shine. I feel really good to have pulled it off winning the pole."

“A lot of people have a tendency to say, it’s not that big of a deal. But it is a big deal," Stallings said. “This is the first pole ever in the new combined series. This is in the history books as the first one, and people will remember that. We are the fastest sports car in the world right now in 2014, and that’s exciting. It’s a great lift to the team, and I’m very proud of the team."

Gurney acknowledged the satisfaction a victory this weekend would provide, saying, "it would be the biggest thing in my career, I think. But yeah, for me personally, this is the biggest race we do [in North America]. It's the one we all want to win."

Marc Goossens claimed pole in the GT Le Mans class for Chrysler's SRT Viper squad with a time of 1m44.505s.

That put the Belgian less than a tenth of a second up on the factory CORE Autosport Porsche 911 RSR, which finished on a 1m44.582s.

The second Riley Technologies-run Viper GTS-R ended up third in the hands of Jonathan Bomarito, who was a further six hundredths in arrears.

A tenth back was the best of the new Chevrolet Corvette C7.Rs, which was fourth quickest with Oliver Gavin at the wheel.