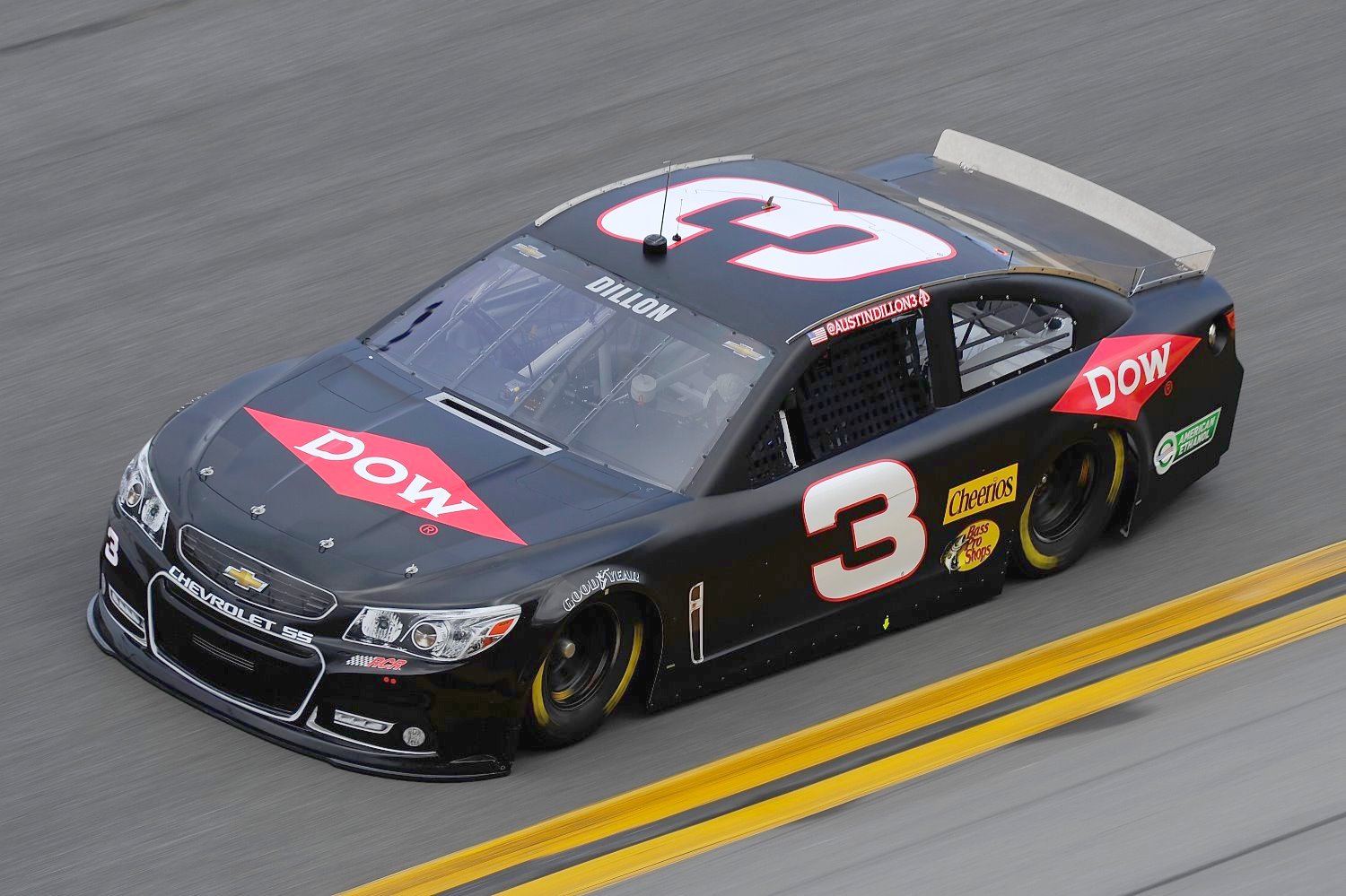 From the very moment Richard Childress Racing announced that driver Austin Dillon was moving up to the NASCAR Sprint Cup Series and would be in the #3 Chevrolet the response was immediate among the NASCAR media and the fans of the sport.

When the official press conference was held last fall, and the cover was removed from the #3, the pressure was on for young Austin Dillon. That was perfectly understandable and he expected it.

He also responded to the pressure in a very big way during the Friday, January 10th, NASCAR Pre Season Thunder test at Daytona. Dillon turned a practice lap of 195.109 MPH. That effort placed him on top of a 41 car speed chart and that's where he stayed all through out the practice session.

Everyone was watching. That #3 got a lot of Fox Sports 1 television time throughout the day and Dillon was highly sought after for interviews.

“I'm honored to be in the 3," said Dillon, adding "this is special and walking into this [NASCAR Sprint] Cup garage this weekend is pretty cool. There are so many heroes in this garage for me, and just being in this garage is going to be pressure."

That black #3 RCR Chevrolet is, of course, forever linked to the late Dale Earnhardt SR who won nearly all of his seven NASCAR championships in that ride. It was also that same black #3 that elevated Richard Childress to team owner super status. That alone has created a lot of reverence towards that particular car and number.

All through out the 2013 NASCAR season, there was a lot of speculation that said Childress was seriously considering the return of the iconic #3 Chevrolet.

Some of the immediate fan reaction praised the resurrection of the return of a car, number and paint job that created so much racing history. Some said NASCAR should have officially retired the number, following Earnhardt's tragic death back in 2001. Still others said what's the big deal? It's only a number. These are all valid points.

You also have to consider the thought that there are two additional big winners, besides Dillon and Childress, connected to the return of the #3. That would be the team's primary sponsors: Dow Chemicals and Cheerios.

That fact was evident based on the large number of live television shots of the #3 during the Daytona test session. Dillon and his #3 Chevrolet clearly will be generating a lot of attention all through 2014 and that's going to translate into some huge publicity numbers for any company that has it's logo on the car. In fact, it's safe to say that the last time any driver and car generated this much attention was the arrival of Danica Patrick to NASCAR racing.

Despite all of this attention, and any sense of pressure that may come with it, Austin Dillon seems to be cool, calm and collected. He certainly proved it during the Daytona test.

We will all be watching this driver and team throughout the season and don't be too surprised if some very impressive accomplishments comes early and often from Dillon and the return of the #3.