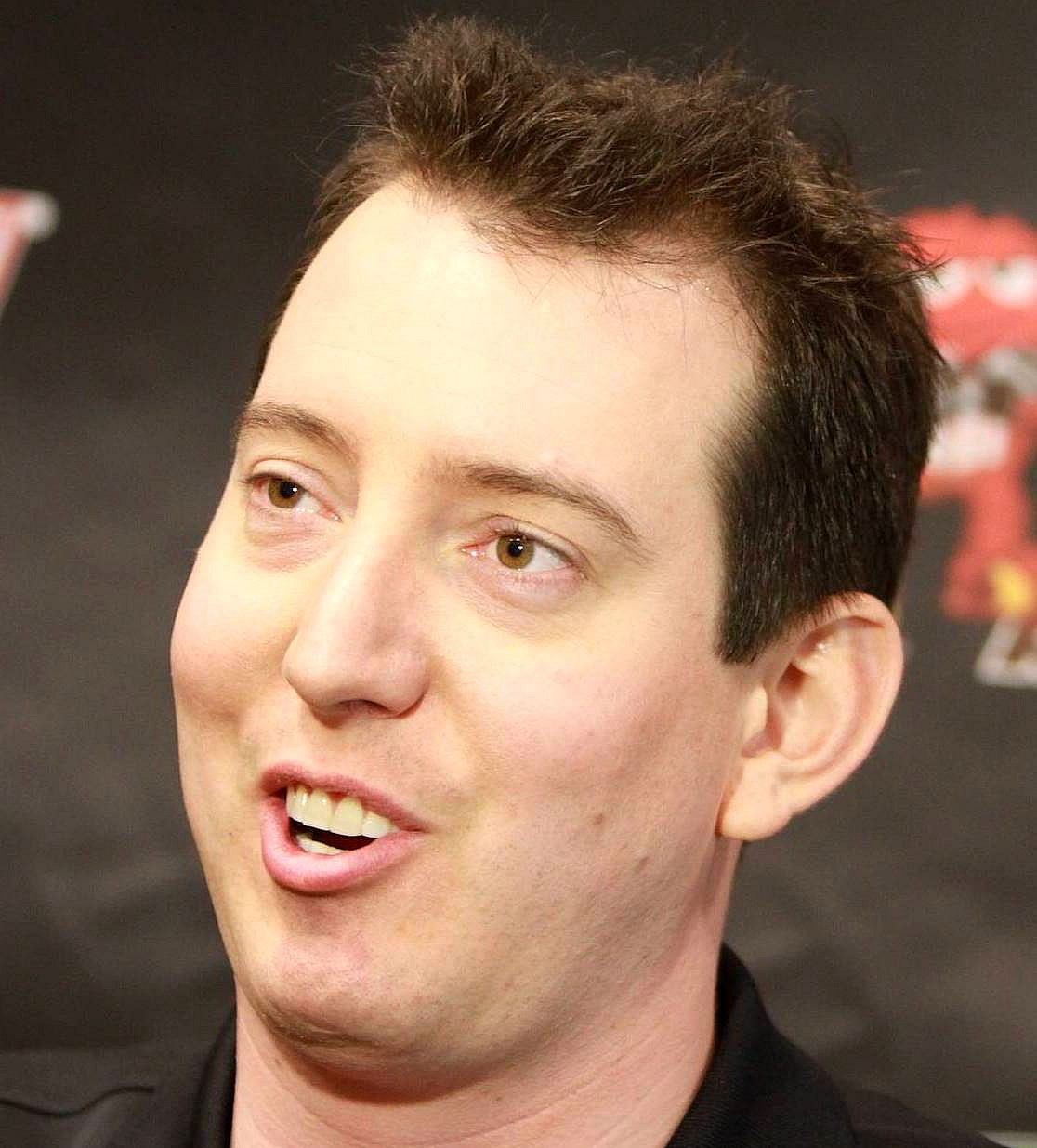 Forgive me if this is regurgitating the obvious.

However, early January does not exactly mark the zenith of the racing calendar. Like baseball fans, who keep a running count of the days until pitchers and catchers report, race fans spend the early days and weeks of the New Year, yearning for better days ahead. Currently, such sentiment is undoubtedly more pronounced with much of America currently experiencing sub-freezing temperatures.

Of course, at some point soon, us American race fans will leave the frigid rut on winter behind and begin our migrations to Daytona, Sebring, Pomona, Volusia, St. Petersburg, Long Beach and the many other cathedrals of speed from sea to shining sea. Our once seemingly interminable winter blues will disappear amidst a grand oasis of ear-splitting horsepower, sunshine, palm trees, and the smell of burning rubber.

Further, an in-depth look across the vast spectrum of American motorsport reveals even more for the American race fan to delight in. While it might not be readily apparent to us now, one could argue the current generation is something of a golden age of American drivers. Whether they race 10 lap heats or round the clock enduros; whether their vehicles power two wheels or four; whether they run on pavement or dirt; in circles, straight-lines, or twisties; with roofs over their head or not.

When the American race fan descends upon racing’s theaters in the coming months, they will have the pleasure of witnessing some of the sport’s great icons in action.

Not only are these men incredibly accomplished on-track, but they are icons — transcendent figures — in their respective forms of racing. They have challenged stereotypes, overcome significant hurdles to become wildly successful, and in numerous cases made contributions to motorsport well beyond the race track. In a few cases, recent decades of their respective forms of racing would be unimaginable without them.

And while motor racing faces significant challenges going forward, many of which have been and will continue to be detailed in this space, there are reasons, and in particular, fabulous racers worthy of our celebration. Today, AutoRacing1.com will celebrate the impressive accomplishments of the greatest active American drivers.

Completely devoid of pretension, more than a little rough around the edges, and incredibly comfortable in his own skin Force has been the fast-talking, even faster driving face of the straight-line sport for nearly three decades.

Meanwhile, the business savvy Force has not only built drag racing’s most celebrated team, but become the patriarch of its first family. Daughters Courtney and Ashley and son-in-law Robert Hight have competed in the NHRA.

But don’t let that fool you into thinking Force has passed the torch. Similar to many on the list, Force has proven to have an ageless quality, as he captured his 16th NHRA championship at the age of 64.

However, what is perhaps the greatest testament to Force beyond his actual accomplishments is this simple fact: on track or off, the sport of drag racing over the past three decades is unimaginable without the charismatic and iconic Force. Further, Force’s off-track has assured that the family name will carry on in drag racing for years to come.

And although injuries have hampered the 28-year old Florida native in recent years, no one questions "Bubba's" supreme talent. John Lingle of More Front Wing and author of Hard Luck Lloyd: the Complete Story of Slow-Talking Fast Driving Texan Lloyd Ruby notes that Stewart is a "threat to win anything he throws his leg over." And if there was anyone who ever epitomized the mentality of checkers or wreckers, it would be Stewart.

Also, Stewart, who is African-American has emerged as the charismatic, transcendent face of American motorcycle racing.

No one will ever accuse Kyle Busch, or his equally unpleasant brother Kurt of going out of their way to endear themselves to well, anyone. This, combined with the fact many stock car fans dislike Kyle's constant “poaching," of the Nationwide and Truck series, doesn’t do the Las Vegas native many favors in the P.R. department.

But viewed from a different perspective, Busch’s race anything, anytime, anywhere attitude can be seen as a refreshing throw back to the sport’s more celebrated days. Further, it has resulted in an astounding 126 victories across NASCAR’s top-three divisions for Busch. And considering what “Rowdy," has accomplished at the incredibly young age of 28, the best may be yet to come.

Perhaps, a contemporary of Busch who did not enter NASCAR’s top division until the age of 27, could provide a prism through which we can appreciate Busch’s incredible victory tally.

“When are you going to finally write an article about the greatest driver in the history of NASCAR?" has been a question posed on more than one occasion by AutoRacing1.com President Mark Cipolloni. While some purists will scoff at the notion that Johnson ranks ahead of stock car legends such as Dale Earnhardt, Richard Petty, David Pearson and the like, such an assertion is far from outlandish.

Further, Johnson has done his finest work when the stakes have been at their highest. Nothing highlights this better than last decade's NASCAR playoff creation, The Chase. Having won five straight titles from 2006-2010, and 6 of the last 8, Johnson has shown himself to be this generation’s best driver when the stakes are highest.

Perhaps, the most unique element of Johnson’s enormous success is there was very little which forecast it. In two years of Nationwide competition, Johnson scored one win, before joining the dominant Hendrick team in 2002. Whereas longtime teammate Jeff Gordon was a celebrated wunderkid, Johnson’s best work has come at the top-level.

Unlike the afore-mentioned Busch, the 2012 IndyCar champion did not enjoy what you would refer to as epic success in his early 20s. And as Lingle notes the unassuming Floridian’s success is of a different nature.

“Proof that good things come to those that wait, Ryan has moved from a hard luck story to the best American in open wheel racing since joining the Andretti Autosport team and capturing the 2012 IndyCar Series title. RHR seems to be relishing the crown, and is becoming an increasingly vocal voice in the IndyCar paddock."

Yes, in an era without an American F1 driver, and during an age when the barriers to climbing the open-wheel ladder are as difficult as ever for young Americans, Hunter-Reay stands alone as Red, White and Blue, formula racing gold standard. Of course, his defining season came in 2012, with the form he displayed in capturing that season’s IndyCar Series title.

With two races to go and Power holding a convincing advantage, Hunter-Reay famously tweeted after a poor qualifying showing in Baltimore that the Sun Drop/DHL team “was coming."

During the race, team owner Michael Andretti famously made the call to leave RHR on the track with slick tires for a few laps in the rain, on the hunch that the weather would clear. While competitors lost control of their cars, RHR kept it clean before the track dried, and ultimately parlayed Andretti’s call into a career-defining victory.

Longtime racing insider Cary Agajanian was very short and simple about it. “Steve Kinser is the MAN (emphasis, his)."

Because when determining who the best of the best amongst the sprint car crowd, “the edge goes to Kinser, because of his incredible longevity and the number of championships that is unparalleled," said Agajanian. And who can disagree.

The King of the Outlaws of course, announced recently that 2013 would be his final season of full racing. And while Kinser, who will turn 60 in June, may not be the dominant force he once was, open wheel expert Robin Miller of Racernotes that Kinser can “still win, with or without wings." Miller also echoes similar sentiments regarding…

While Swindell may not boast the same numbers of Kinser, he is appreciated and celebrated similarly for his bravery, longevity, and contributions to sprint car racing. “One of America’s greatest all-time racers," Swindell still at 58, possesses “a hatred of second place" that Miller says is rivaled by only Kinser and Mario Andretti.

Once again, I'll give Lingle the floor in describing America's greatest road racer.

“The man started racing (as a boy in karting) in the late 60s and is still a perennial championship contender in sports cars today! IndyCar, SCCA Trans AM, IMSA GTO, Rolex Daytona Prototype, karting, and NASCAR, Scott has raced pretty much everywhere you can in the U.S. And two IMSA GTO, three SCCA Trans Am, and five Grand-Am championships show that he's won a lot in most of them as well. “

Pruett, of course, overcame career threatening injuries to his legs in the early 1990s to become an Indy Car race winner, and the most accomplished American sports car driver of his era.

At 53, Pruett remains as competitive as ever. 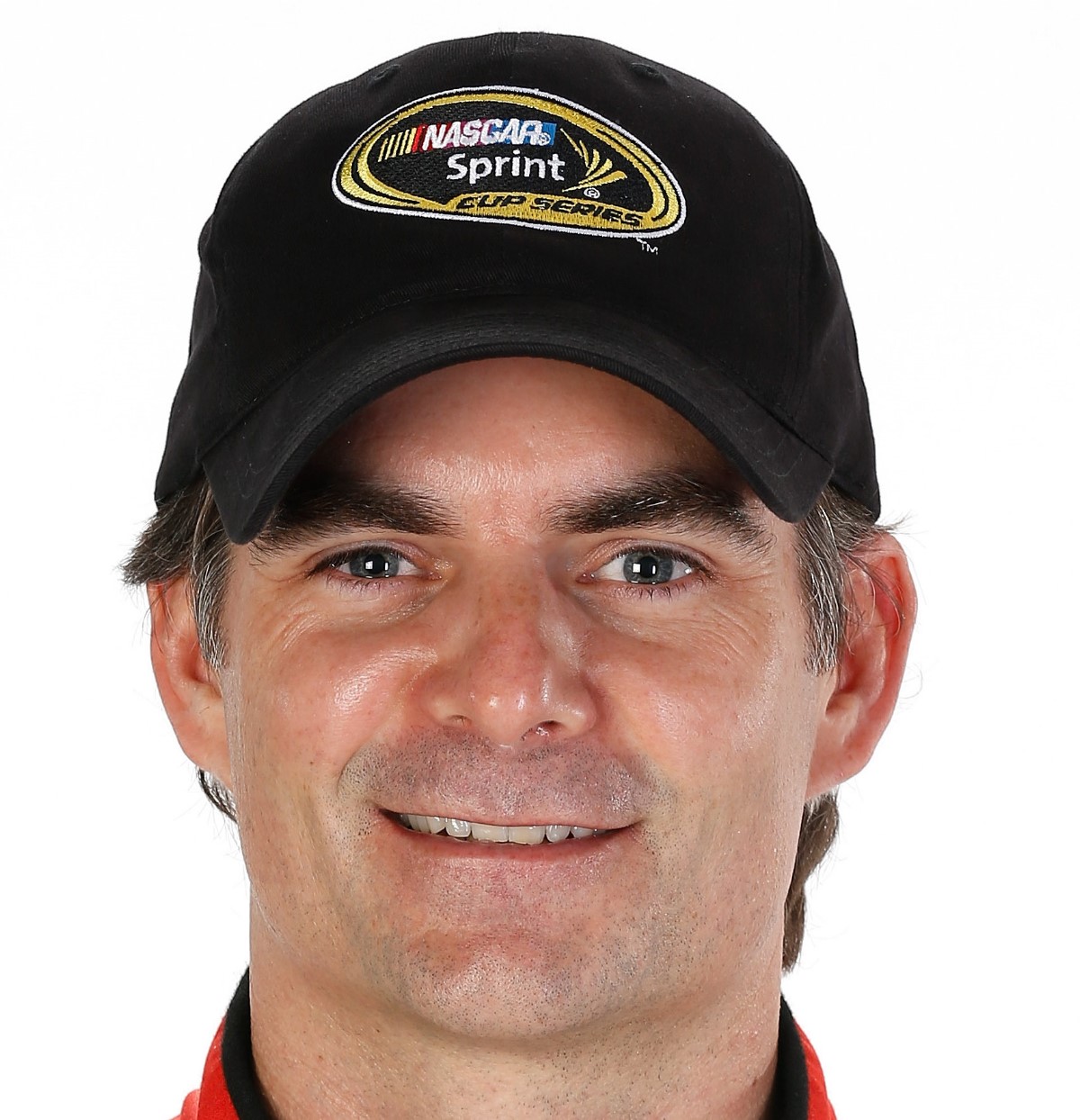 The “Wonder Boy," as the late Dale Earnhardt referred to him, grew up racing open wheel midgets and sprints. However, with few open-wheel options available to advance his career the California-born Gordon took his mullet and unforgettably unfortunate mustache to the deep South in search of greener pastures in the early 1990s.

Loved by some, loathed by others who objected to his dominance and outsider status, the dominant Gordon will forever be the symbolic face of NASCAR’s transformation from a regional sport to a national phenomenon. While Gordon has seen a slip from his once-dominant form in recent years, his status as one of NASCAR’s all-time greats, and his unique timing which paralleled the sport’s exponential growth, have cemented his legacy as one of the sport’s most iconic.

Plus, Gordon's greatness paved for the way for others such as…. 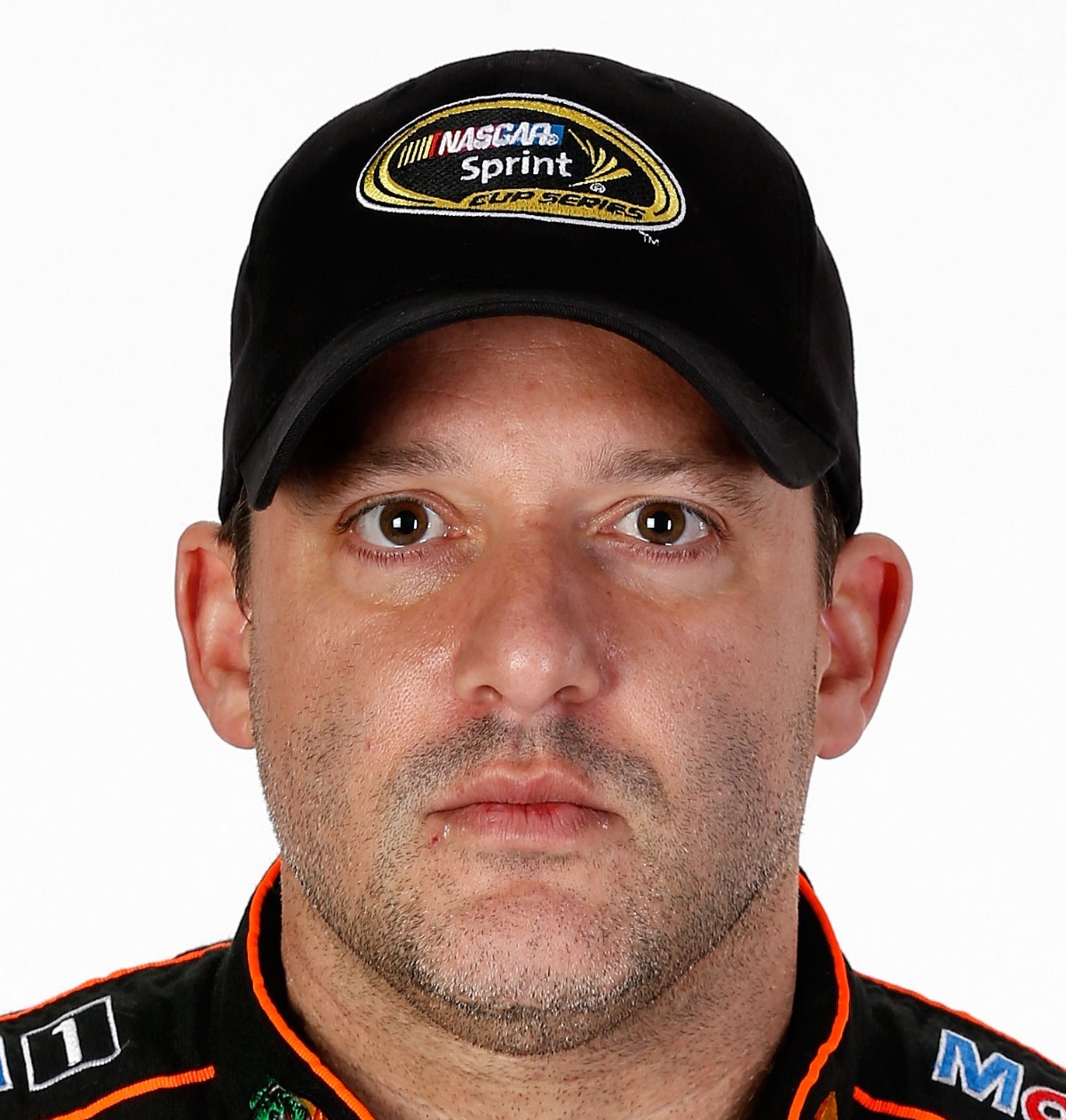 Like Gordon, Stewart was an open-wheel standout, who with the assistance of Agajanian found greener pastures in tin tops. And while Stewart has been a monumental success in NASCAR, he is perhaps most admired for the "race anything, anywhere, anytime" mentality he has maintained in conjunction with his incredible NASCAR success.

In an era, where most drivers specialize in one racing discipline, Stewart has continued into his 40s racing multiple times a week. Of course, this past year he suffered a broken leg during a sprint car accident that required him to miss more than a third of the NASCAR season.

Still, at the end of the day I think its hard to argue this.

Stewart's passion for racing seems unrivaled by his contemporaries. From humble beginnings, the Indiana native has made millions rising to the top of his sport. Yet, "Smoke," is known to appear unannounced at random dirt tracks wearing a t-shirt and shorts to help local racers work on their cars.

Further, Stewart has reinvested in the racing community fielding cars for young up and coming drivers, owning race tracks, and starting his own NASCAR team.

And for my money, Stewart stands alone as America's greatest racer of this era. Is Jimmie Johnson maybe a hair better on track? The numbers would say that.

Is Swindell better in a sprint car? Probably.

Who do you think deserves that distinction? Go to AR1's home page to vote.