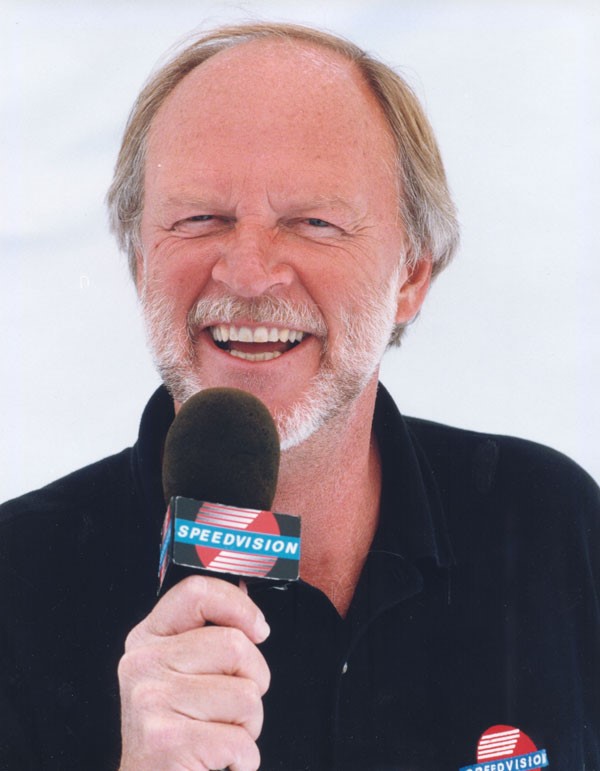 Hey NASCAR racing fans: are you still feeling with drawls waiting for the 2014 racing season to start? Have you spent mega hours watching and reading the best of 2013 reviews even though you watched them live the first time? Have you burned holes in your DVD copies of Will Ferrell's "Talladega Nights" and Tom Cruise's "Days Of Thunder"? Hang in there race fans, help is on the way. NASCAR's pre season tests at Daytona is just around the corner and with that comes comprehensive live television coverage.

Fox Sports 1 has scheduled 12 hours of the test sessions spanning a two day period of January 9th through the 11th. The coverage will be hosted by the NASCAR on Fox team consisting of Darrell Waltrip, Larry McReynolds and Mike Joy in the main broadcast booth. Bob Dillner and Matt Yocum will be providing reports from the pit area backed by Jeff Hammond who will cover the garage area. Rick Allen and Hermie Sadler will be presenting special interviews with drivers, crew chiefs and visiting personalities from a mobile broadcast booth. The live coverage of Sprint Cup testing will air from 1 to 5pm eastern on January 9th and 10th.

Fox Sports 1 will also be providing live coverage of the NASCAR Nationwide Series tests, on January 11th, from 3 to 7pm eastern. Rick Allen, Jeff Hammond and Phil Parsons will be covering the action from the main broadcast booth with Hermie Sadler, Bob Dillner and Ray Dunlop covering the pits.

THE RETURN OF DAVE DESPAIN

How many of us spent Sunday evenings watching "Wind Tunnel With Dave Despain" on the now defunct SPEED Channel? Fans of this veteran motorsports television personality will be thrilled to learn that he's coming back to television on a full time basis. Despain recently signed a two year contract with MAV TV-American Real to host the network's live racing broadcasts. He will also be hosting a series of half hour one on one interview programs with drivers and other personalities from across the diverse American racing scene.

MAV TV-American Real is owned by Forrest Lucas, the founder of Lucas Oil. The network, over the last year, has made giant strides in stepping up its coverage of motorsports that offers racing fans a wide variety of action.

Despain, now 67 years young, said he was immediately attracted to the opportunity to return to racing TV and the "Dave Despain Show." "I'm truly excited to get back to the grass roots of racing and I'm also excited about doing a series of long form interviews, the majority of which will feature the legends of grass roots racing. We'll try to mix it up and have an interesting variety of personalities from all over the racing world," he said.

Despain’s first appearance on MAV TV-American Real will be January 18th when he hosts the network's live coverage of the annual Lucas Oil Chili Bowl Nationals, presented by General Tire, from Tulsa-Oklahoma. It will mark the network's first ever live television coverage of a major motorsports event.

A BUSY YEAR FOR "AB"

It's well known that 2014 is the concluding season for the television broadcast contract between NASCAR and the ESPN/ABC Networks. In 2015, the broadcasts will be presented by Fox, NBC as well as their respective sports networks.

However, this major change will have virtually no impact on popular motorsports broadcaster Allen Bestwick, or AB as he's often called by his colleagues. Bestwick is going to be extremely busy this year. He will be presiding over the ESPN/ABC NASCAR broadcasts business as usual and will also be the lead voice for the INDY Car Series' broadcasts for the networks. In 2015 AB will continue to be the voice of the INDY Car broadcasts as well as participating in other sports coverage.

EDWARDS TO APPEAR ON "THE BIGGEST LOSER" (ABSOLUTELY NO PUN INTENDED)

Fans of Carl Edwards can catch their favorite NASCAR Sprint Cup driver on the season debut of the popular NBC program "The Biggest Loser." The series will air its season debut, with a two hour special, on Tuesday, January 7th, from 8 to 10pm eastern time.