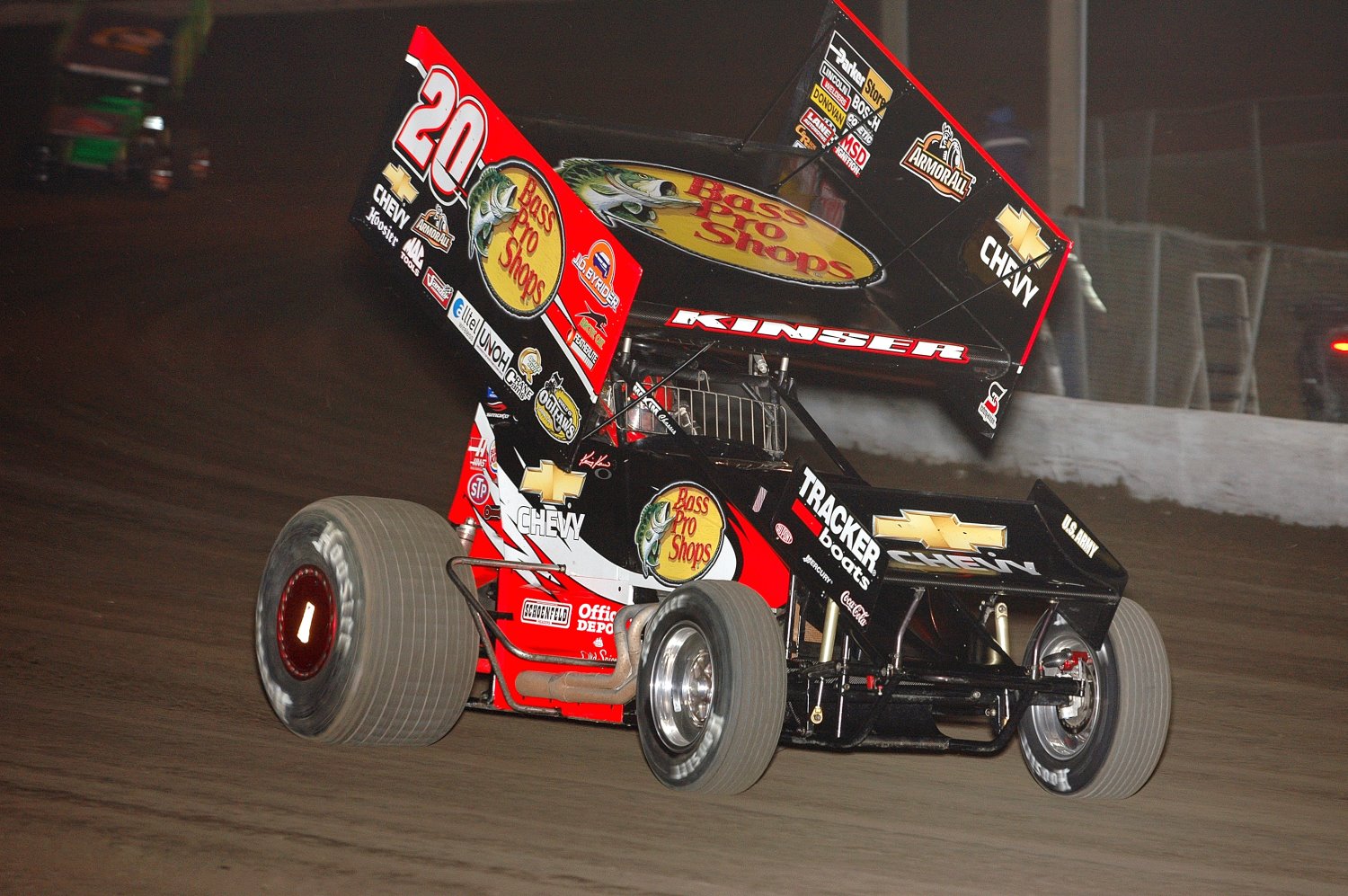 Every fan of NASCAR Sprint Cup champion Tony Stewart is well aware that he entered into the world of team ownership long before he became a partner in Stewart-Haas Racing (TSR), the home of his #14 Sprint Cup Chevrolet. That venture was, of course, Tony Stewart Racing, an ultra successful sprint car racing operation that has garnered their fair share of checkered flags at dirt tracks all across the country. Many of those feature wins were created with Stewart himself sitting behind the wheel.

Stewart spent the final weekend of 2013 at Expo Hall, located inside of the Memorial Coliseum in Fort Wayne, Indiana. Tony Stewart Racing had two midget sprints, named "The Munchkin," entered in the 16th Annual Rumble In Fort Wayne, an indoor midget dirt race. Still recuperating from injuries sustained in a sprint car accident last August, Stewart was in Fort Wayne as a team owner but not a driver. TSR entered two "Munchkin" midgets entered in the race for drivers Mike Fedorcak and Lou Cicconi, the 2013 International Super Modified Association champion.

The December 28th event was named was named "A Salute To Tony Stewart" in honor of his devotion to short track racing according to event organizer Tony Barhorst who said: “Throughout the history of major sports, it is extremely rare for a three-time champion to return to the roots of where they started," he said. “This is a chance for us to thank Tony for coming back to short track races and not forgetting where he came from".

During the open wheel dirt track portion of this stellar career Stewart collected nine feature wins at the Fort Wayne one-sixth mile indoor dirt track. He described his appearance at the 2013 Rumble In Fort Wayne as being a homecoming and added:

"I really enjoy competing up in Fort Wayne and having a chance to run the Munchkin, so not being in the car this year is a bit different for me, but I’m still looking forward to it. Lou Cicconi is going to run the car this year, and it’s going to be fun to spend time with him and watch him race. The Rumble event is a great time for me and the team. We get to see a lot of people that we might only see once or twice a year. It’s also nice that some of my family can make the drive up for this event."

Every Tony Stewart fan on the planet understands why another driver was not behind the wheel of his car. Stewart is still recuperating from a serious sprint car racing accident that occurred last August. The result of that unfortunate incident was a broken leg that required three surgeries and months of intensive physical therapy.

During the course of his Indiana visit, Stewart met with the media to update the status of his projected return to the driver's seat in February. In comments made to the "Fort Wayne Journal Gazette", he said: "You know, when I first got hurt, I was hurt bad enough that it didn't really feel like that I had that sense that I was missing it.

"But now that I'm closer to being healed, and ready to go, the more anxious I am to be in the car. But, I've got a good friend of mine that's going to drive the car, and you know, to me, I still get to go. I still get to compete as a car owner. So I'm still looking forward to it and, come February, to getting back in the car again". Stewart also noted that he was very pleased with the progress of his very intense physical therapy program and said: "I'd say the last three weeks in particular in therapy we're really making big gains. So I'm pretty happy with it".