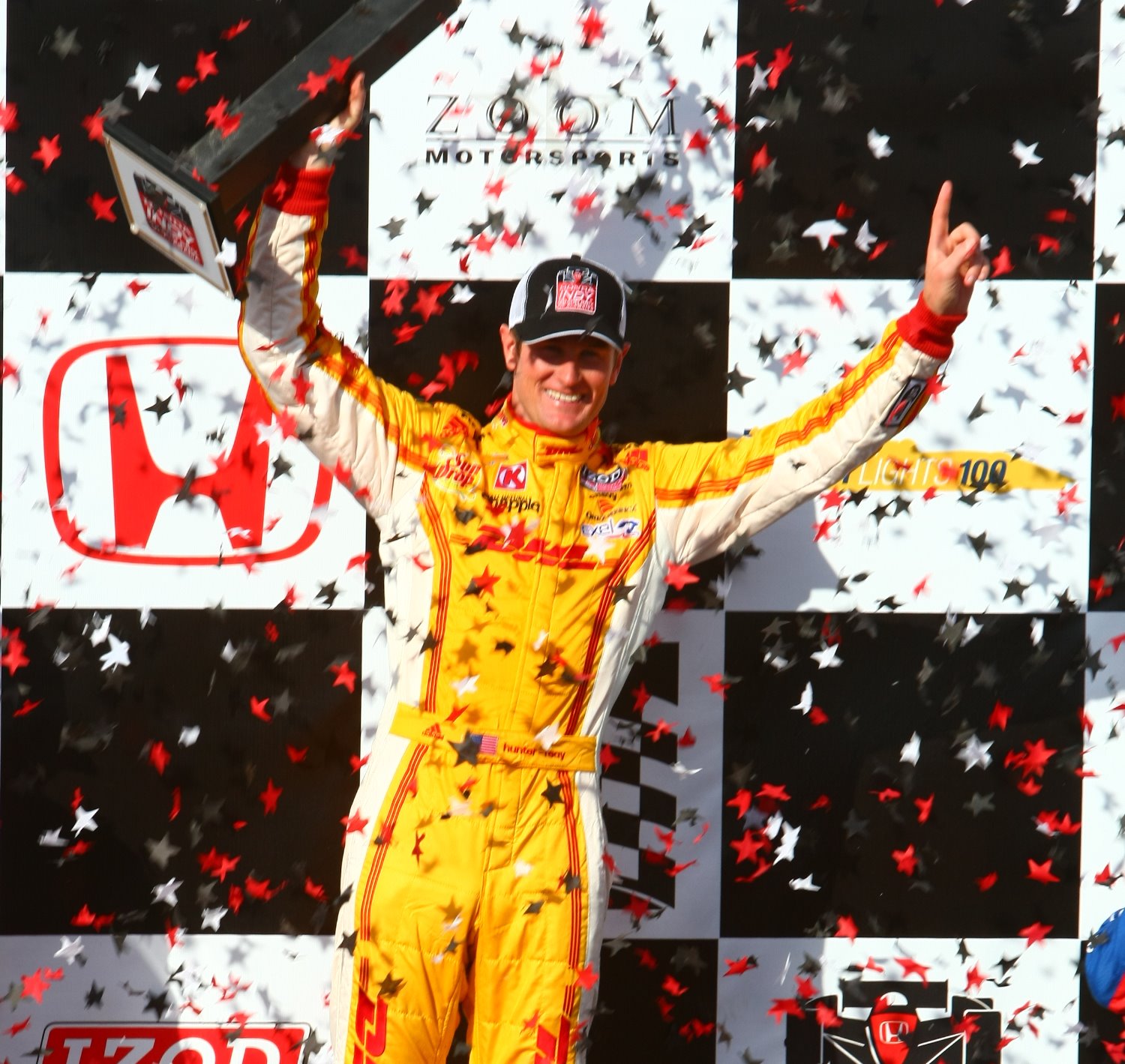 Catching up with…Ryan Hunter-Reay: With a child who's almost 1 year old in the house, it's sure to be a busy time for Ryan Hunter-Reay and his wife Beccy. It will get a little crazier next week with the holidays.

Today, Hunter-Reay marks his 33rd birthday and Dec. 18 he'll be in the Honda-powered Andretti Autosport car at Sebring International Raceway for an end-of-year test.

This past weekend, he was the co-grand marshal of the 42nd Winterfest boat parade in Fort Lauderdale, Fla. He slowed down enough for the latest installment of "Catching up with…"

Q. A few weeks ago, you did the Dolphins Ride For Cancer event. How was that?

RYAN HUNTER-REAY: The Dolphins Cycling Challenge is a huge event in South Florida that raises a huge amount of funds. There are more than 2,000 riders and it raised almost $2 million (primarily for the University of Miami Sylvester Comprehensive Cancer Center). Racing for Cancer is a small beneficiary of the Dolphins Cycling Challenge and my personal sponsor AutoNation is heavily involved. I rode with Team AutoNation.

We started in Boca Raton and rode to the Dolphins Stadium in Miami, which is about 45 miles. It was a lot of fun. It's great to be out with everybody doing that. You really feel the energy behind it. Hopefully, that will be a regular on the offseason schedule.

Q. And it supports a great cause near and dear to your heart.

RYAN HUNTER-REAY: Absolutely. Raising funds for the fight against cancer is a big deal. Any way we can do it. I was impressed with this cycling event. There are so many people behind it.

It covers all the way from Palm Beach to Miami. Roads are shut down and there is so much fundraising behind it. The Dolphins are the franchise heavily behind it and it has a lot of power. There's a lot of momentum and it's gaining traction every year.

Q. Your son Ryden is about to turn 1 soon (Dec. 28). With his birthday so close to Christmas, what are the holidays going to be like in the Hunter-Reay household?

RYAN HUNTER-REAY: It's going to be a lot of fun. He's laughing a lot right now. The highlight of my day is waking up and seeing his face. It's a lot of fun.

For his first birthday, he loves Mickey Mouse. That's one thing that captures his attention. It's amazing how that works. An (85-year old) cartoon mouse, that's his hero. I think I come a close second when I'm in my race suit, but Mickey Mouse takes the cake. We'll probably have some sort of Mickey Mouse-themed party for him.

Q. Scott Dixon and Target Chip Ganassi Racing are considering using the No. 1 for this season. What advice would you give him?

RYAN HUNTER-REAY: The champion should use No. 1. It's something that's been part of Indy car for many, many years. It's a tradition that I think teams should respect. The team, the guys on the car and the driver earn that No. 1. They should run it.

I look forward to going back the (No.) 28, because that's my number. If bad luck or circumstances or lack of results come down to the number that you run on your car, then we all wouldn't be testing in the offseason.

Q. And finally, even though you didn't successfully defend your championship in 2013, you were in the hunt. What are your goals for the upcoming season?

RYAN HUNTER-REAY: It's great to continue with the same group of guys and working again with my engineer Ray (Gosselin) and my teammates James (Hinchcliffe) and Marco (Andretti). We just need to keep pushing forward and keep evolving.

We barely let the Indy 500 get away from us and I think we had a pretty good season. We had three poles, two wins and we should have had another win or two in there. I think we can hopefully go out and do that again. We're starting anew with Honda and we've got a chance to really take our game to a new level.