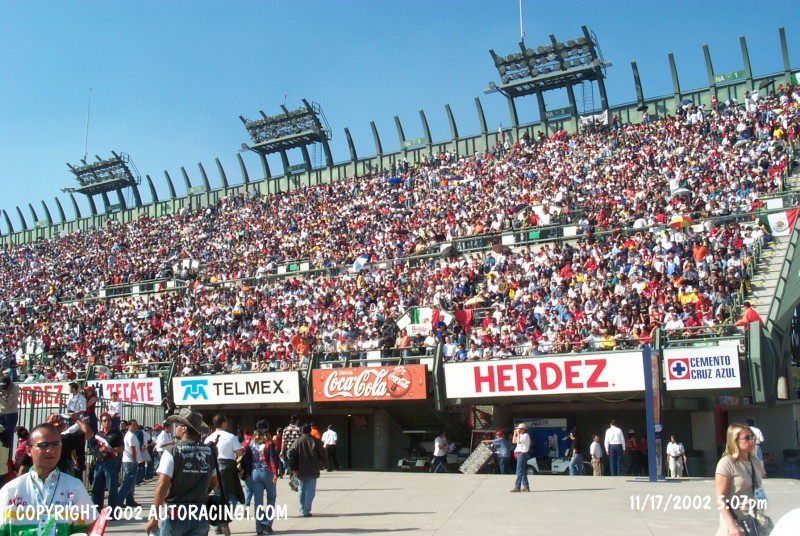 So, Hulman and Co., CEO Mark Miles apparently won't pick up the phone to call Phoenix International Raceway President Bryan Sperber about a potential IndyCar race at PIR. But he is considering a race in the Middle East.

Miles, speaking yesterday at the Motorsports Marketing Forum in Las Vegas told assembled media that IndyCar fans could “think about the Middle East and South Africa, India and other places in South America" as potential venues for IndyCar events as early as 2015. Whether those events would be part of the season-long series championship, exhibition type events, or part of a secondary-type championship, Miles, who tends to play it close to the vest, didn't say.

Now, before moving ahead, allow me to be clear on the following. It is the opinion of both myself, and AutoRacing1.com that IndyCar should pursue overseas races. As I argue in this article, the prevailing wisdom that IndyCar is destined to fail overseas, is a complete and total fallacy. After all, numerous events have been wildly successful. This, in spite of gross mismanagement on the part of various Indy Car sanctioning groups. Two specific events, Mexico City and Surfers Paradise were victims of the 2008 merger, and squandered opportunities on the part of IndyCar.

In short, Indy Car racing's "failures" overseas were a product of mismanagement, not something inherently flawed with the concept of overseas races. Contrarily, overseas races offer potential to grow the sport. Plus, with NASCAR's significant footprint in America and the heavy demand for top-level formula racing worldwide arising from Formula One's inability to service the demand, there are a host of reasons IndyCar should pursue international events.

That said, there are potential pitfalls. The most often cited issue with overseas events is the lack of interest North American-based sponsors have in paying for an event in a market which brings it no exposure. Television is likewise a concern. Nothing highlighted this better than Danica Patrick's win at Motegi in 2008. What could have been huge publicity for IndyCar was well, not, as Patrick took the checkered flag in the middle of the night American time. Also, as we've seen in street races not only abroad but here in America, a change in government often brings with it a change in desire to have an event.

These are legitimate concerns, and highlight why the IndyCar circus cannot simply be dropped in any random place, as has often been the case. Rather, going abroad must be done in a measured, calculated way, that maximizes IndyCar's potential in certain regions. For example, it would stand to reason that IndyCar would be better served building a second Canadian event or making a move back into Mexico before going to the Middle East.

Which is why I have to ask: when Miles says he wants to go to South Africa, India, or the Middle East, should we believe IndyCar has a plan in place that will maximize the potential of said regions? Does Miles realize why previous Indy Car events have not sustained, and have a plan in place to change that?

Or is Miles simply searching every corner of the globe to find promoters willing to pay the freight to bring the IndyCar circus to town? Yes, is this latest venture overseas just another "cash grab" that may briefly line the pockets of IndyCar and its teams, but does nothing to establish a long-term event, and build the IndyCar brand?

Now, I have nothing against cash. But if Miles and IndyCar do not have a comprehensive plan in place for overseas markets, grabbing cash is all they will accomplish. Further, after a few years the event, like so many others will die out. IndyCar will again look like a loser, having inflicted further damage on its fledgling brand, and perhaps worse, reinforce the silly notion that overseas races are destined to fail.

Contrarily, if IndyCar has a plan in place to build a long-term successful event, the potential for success is huge. While there are many examples I can give of the potential return for IndyCar going overseas, but let's look at India. India, of course, boasts a population of more than a billion people, a growing economy, and recently lost its F1 race at the FIA Grade 1 Buddh International Circuit, where you have to imagine IndyCar would be looking to run.

India also has two drivers Karun Chandhok and Narain Karthikeyan, who have competed in Formula One. Granted, neither driver lit F1 afire. Karthikeyan also ran in the NASCAR Camping World Truck Series in 2010, where he finished 30th in the points and was voted Most Popular Driver. Chandhok is 29, Karthikeyan 36.

Also, India immigrants now total 1.86 million in the United States — the third largest immigrant group behind Mexico and China. This does not Thus, Karthikeyan and Chandhok could not only help promoters for the IndyCar race in India, but could potentially help attract new fans from a significantly growing demographic here stateside.

Or are Miles and IndyCar simply looking to grab cash.

Granted, it might be very good cash. I just hope he and IndyCar realize, it can be so much more.