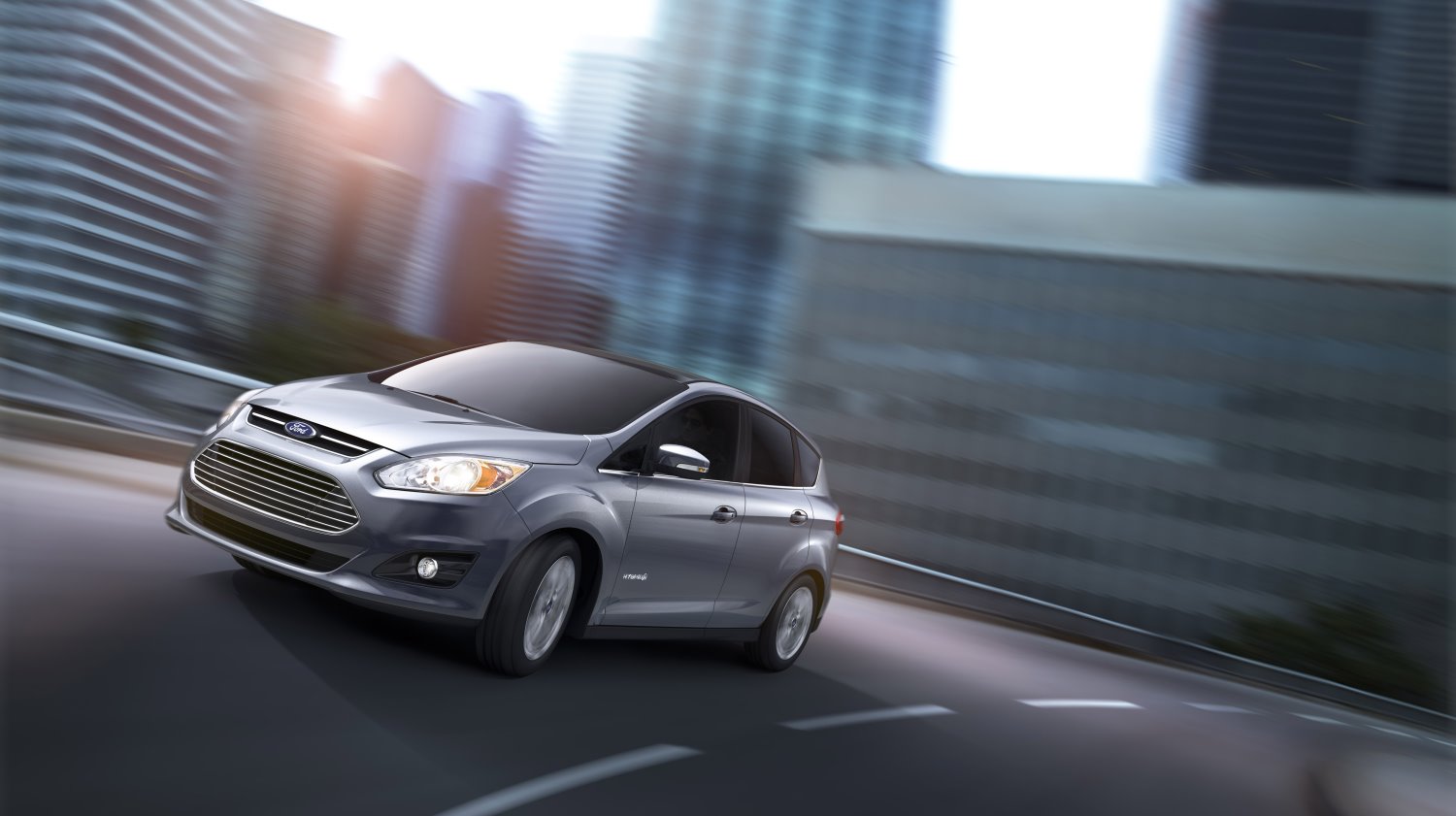 Ford’s C-Max has been around in Europe for a while now and it finally made the trip across the ocean. In Europe, the C-Max is an ideally sized vehicle for a family. It is small enough to drive in their tight streets yet its tall structure provides lots of room. After a lot of waiting, we were excited to finally get our hands on one of these cars to see if they fit the American lifestyle.

The American C-Max is a bit different than what you would get in Europe. In Europe, there are tons of engine choices most of which are turbo diesels that get 40-50 mpg. In America, there are only two choices of powertrains, both of which are hybrids. The regular C-Max is the Hybrid and our tester was the C-Max Energi which is also a hybrid but comes with a larger battery pack.

The C-Max Energi is a plug in hybrid which means that you can plug it into an electrical outlet and charge the batteries. With a full charge the Energi should be able to go 20 miles which is just the right range for most people to go to work. So you could drive to work on full electrical power, charge the car at work, and then drive home without using a drop of fuel. The best part is that if something comes up, say you hit a lot of traffic or decide to go somewhere else, the gasoline engine is always there so you will not be stranded. With a full tank of fuel, the C-Max Energi has a range of about 500 miles.

The C-Max is the first Ford vehicle that is only available as a hybrid and is a direct attack on the Toyota Prius V. Compared to the Prius, the C-Max is a lot better looking and has a very European look. Inside the theme continues with a very well designed interior that is much less utilitarian than the Prius. The interior fit and finish was excellent and had a European feel to it. The seats are mounted high and with the tall roof, there is a very open feel to the cockpit. View from the driver’s seat is terrific and there is tons of room to get comfortable for four adults. Three people can fit in the rear seat but it can get tight on a long trip.

The worst part of the C-Max Energi has to be the luggage space. Before opening the trunk, you expect a decent amount of room but the huge battery pack eats up most of the space. The rear seats do fold down but it still looks like the battery pack was an afterthought.

The C-Max is full of techno gadgets to assist its owners. Sync 911 Assist uses hands-free phone capabilities to connect the driver directly with a local 911 operator through the paired phone should an accident occur in which an airbag deploys. The next-generation MyKey features now allow parents to choose from multiple top speed limits and blocking of explicit satellite radio programming. MyKey also provides a persistent audible warning if front occupants are not wearing seat belts.

The C-MAX hybrids also feature standard safety and driver-assist technologies, including Curve Control that is designed to slow the vehicle when it’s cornering too fast and Torque Vectoring Control to help accelerate through a turn when necessary. Another interesting feature is self-parking where the car looks for a parking space and once found can back into a spot on its own. We tried this several times and while it worked some of the times, it took too long. If you had to use this feature in downtown traffic, you would get honked at and someone else would grab your parking space. Besides if you can’t park your car, maybe you should take some lessons.

Driving a C-Max is a lot more fun than a Prius. The car feels nimble and light on its feet and the driving position really helps you place the car wherever you want. The suspension is well tuned although it is no sports car. The car is very quiet and comfortable so as a commuter vehicle, the C-Max shines but you can still have some fun on your way to work. And of course, there is terrific fuel economy if using the gasoline engine. We easily got over 40 mpg driving around town and always had a big smile as we drove past gas stations.

Prices for the C-Max Energi start out at $33,000. Add in the package 301A which comes with the Sony audio system and navigation and you only pay an additional $1200 which is a bargain when many European manufacturers charge over $4000 for a similar package. Another $800 buys package 302A which gives you a hands free power liftgate and rear view camera. There are a lot of other choices for that kind of money out there but the level of technology of the C-Max Energi is actually pretty amazing and is better than the competition. Ford engineers have been doing some remarkable work and it really deserves your attention.