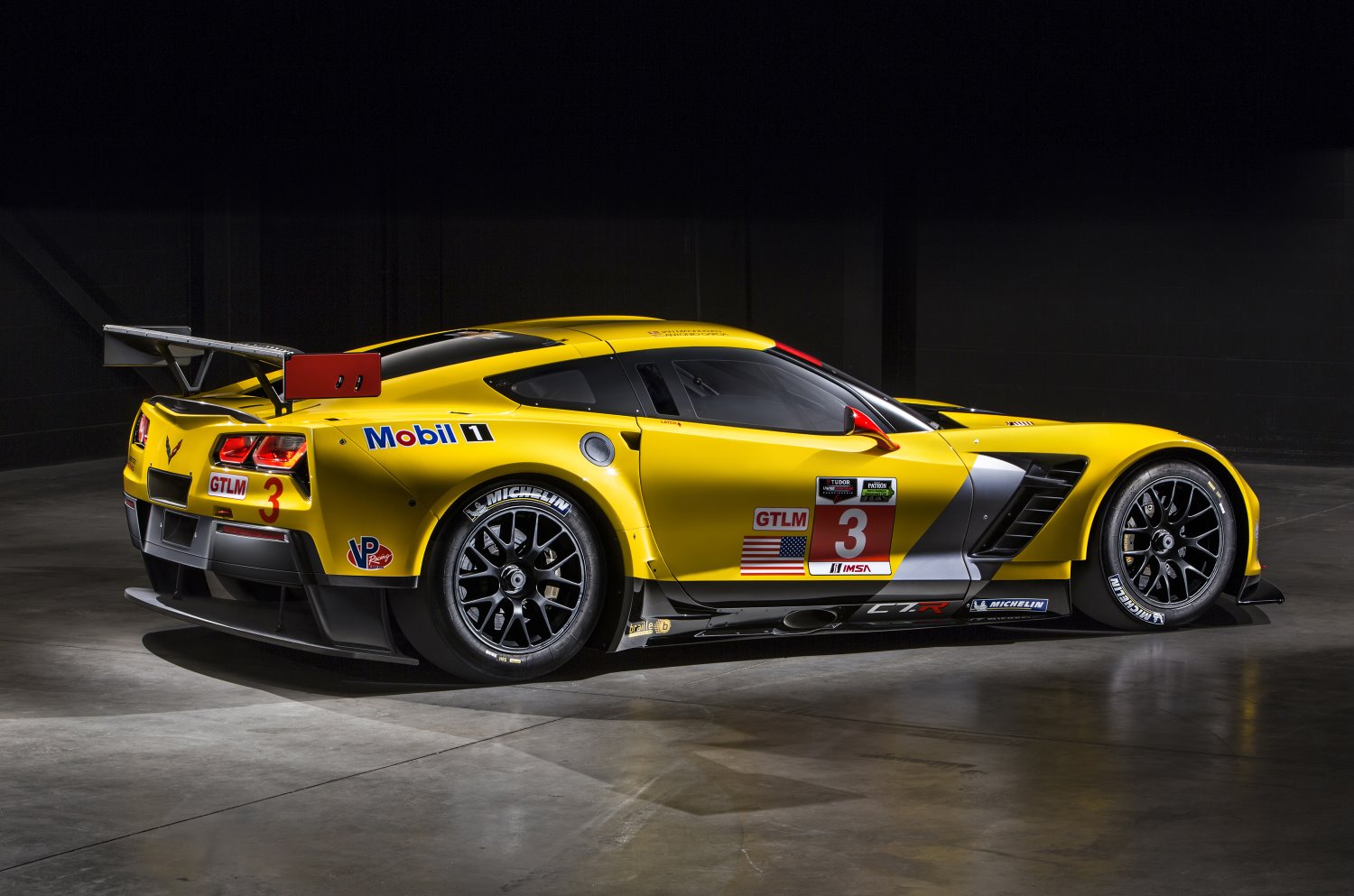 Chevrolet today unveiled the Corvette C7.R race car, which was co-developed with the all-new 2015 Corvette Z06. They represent the closest link in modern times between Corvettes built for racing and the road, sharing unprecedented levels of engineering and components including chassis architecture, engine technologies and aerodynamic strategies.

“When it comes to endurance racing, Corvette has been the benchmark of success for nearly 15 years," said Jim Campbell, U.S. vice president, Performance Vehicles and Motorsports. “A great deal of the team’s success can be attributed to the symbiotic relationship between Corvette Racing and the production vehicles. The 2015 Corvette Z06 and new C7.R will be more competitive on the street and track due to successful design of the Corvette Stingray – which itself is heavily based on the C6.R race car."

Corvette Racing will field two C7.R race cars in 2014, starting later this month at the 52nd Rolex 24 At Daytona on Jan. 25-26. The race kicks off the TUDOR United SportsCar Championship – a new series debuting this year after the merger of the American Le Mans Series and GRAND-AM Rolex Sports Car Series. The C7.R will compete in the GT Le Mans class in 11 races around North America.

The team is also is expected to compete in June at the 24 Hours of Le Mans – a race Chevrolet and Corvette Racing have won seven times – in the GTE Pro class.

Since the team’s competitive debut in 1999 with the Corvette C5-R, Corvette Racing has earned unmatched success. The C5-R and C6.R led Chevrolet to 90 victories around the world and 10 manufacturer championships in the American Le Mans Series. In 2013, Corvette Racing won five races and swept the manufacturer, team and driver championships in the GT class for a second consecutive season.

A key part of the team’s success is the technology transfer between Corvette production cars and race cars.

“Corvette Racing sets the gold standard for technology transfer between the track and street," said Tadge Juechter, Corvette chief engineer. “We are continually taking what we learn in competition, and applying it to improve production Corvettes – which then make better race cars. As a result, the new Corvette Z06 is the most track-capable production Corvette ever while the new C7.R is poised to be even more competitive on the race circuit."

Many of the architectural and aerodynamic features of the C7.R are based on equivalent components and technologies from the 2015 Corvette Z06, including:

By leveraging advanced manufacturing materials – such as laser welding, Flowdrill-machined fasteners and a GM-patented aluminum spot-welding process – the production structure is significantly stronger than its predecessor. For Corvette Racing, this equates to a race chassis for the C7.R that is 40 percent stronger than the outgoing C6.R.

“In the first lap in the C7.R, the drivers felt the increase in chassis stiffness," said Mark Kent, director of Racing for Chevrolet. “The drivers instantly noticed that the C7.R handling was better over changing surface features and rough track segments. This is important as our drivers don’t always stay on the smooth pavement, and are constantly driving over curbing at corner apexes."

The addition of direct fuel injection to the Corvette Z06 will enable the technology to return to a Corvette race car for the first time since the end of the GT1 era in 2009. It promises greater efficiency, which can make a significant difference in long-distance endurance racing such as Daytona and Le Mans through fewer time-consuming pit stops.

“Direct injection offers two advantages for the race team," said Kent. “First, it offers drivers more precise throttle control, so that even the smallest changes in the driver’s throttle position delivers a proportional response from the engine. Second, direct injection typically improves fuel economy about 3 percent. That could be enough to bypass one fuel stop during a 24-hour race. Given that races are often won and lost in the pits, a 3 percent gain in fuel economy could translate to a significant advantage in track position."

The aerodynamic strategies of the Corvette Stingray came directly from the Corvette C6.R – including the forward-tilted radiator, functional hood and front-quarter panel vents, and rear transmission and differential cooling intakes.

The Z06 and C7.R take that aerodynamic foundation to the next level, sharing aggressive strategies for increased cooling and aerodynamic downforce, including similar front splitters, rocker panels, and front- and rear-brake cooling ducts.

“We worked concurrently with the race team developing the aerodynamic packages for the Z06 and the C7.R," said Juechter. “We even used the same modeling software to test both cars, enabling us to share data and wind-tunnel test results. As a result, the aerodynamics of the production Z06 produce the most downforce of any production car GM has ever tested, and we are closing in on the aero performance of a dedicated race car."

There are, of course, differences between the race car and production Corvette Z06. For example, the C7.R carries over the powertrain for the C6.R, as the GT rules limit the maximum displacement to 5.5L, and prohibit forced induction. By comparison, the new Z06 boasts a supercharged 6.2L engine estimated at 625 horsepower. Both engines, however, are based on the historic small block architecture.

The suspension on the C7.R is modified to accommodate wider racing tires and larger brakes, again part of the GT regulations.

On the aerodynamic side, one major difference is the shift away from U.S. National Advisory Committee for Aeronautics, or NACA, ducts on the C7.R. The C6.R used two NACA ducts, on top of the rear bodywork and near the position of the rear wheels, for cooling. For the new C7.R, there are now openings on each of the rear quarter panels, above the brake ducts, which will draw air to help cool the race car’s transaxle and differential.

Additionally, one of the primary results of the C7.R’s aero detail is making the rear wing a more-significant part of the car’s aero package. A larger radiator inlet has the added benefit of generating smoother airflow over the rear wing and making its use more efficient to the handling and stability of the race car at high speed.