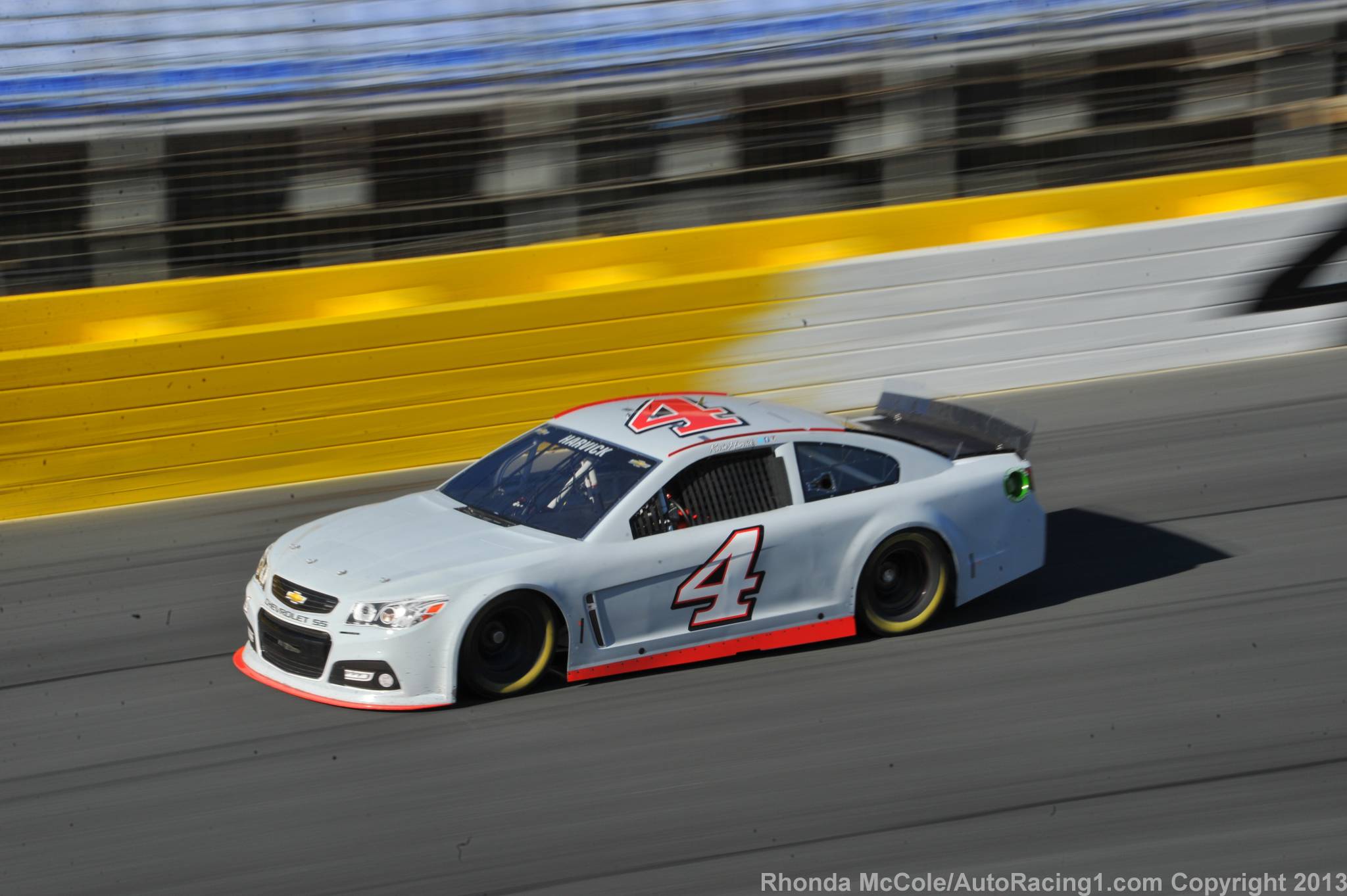 NASCAR's engineers continues to evaluate the massive amount of data derived from their recent test session, on December 11th, at the Charlotte Motor Speedway. The early results indicates that every aspect of this full day of testing has resulted in some major positive factors that goes well beyond engineering issues.

The major bullet points from this test included:

At the end of the day, NASCAR officials seemed pleased with the data they collected. “We saw progress today in terms of passing with each of the new configurations," Stefanyshyn said. “We want to arrive at more green-flag passing at intermediate tracks next season with our new setup. From the results in October and today’s test we are very excited at the prospects."

"It is different when you have 30 cars, or 25 cars, versus the six (from October)," said Robin Pemberton, NASCAR VP of Competition and Racing Development. "It was important that we come back with a field of cars like we did. It gave us a little bit of a different view of some of the answers and has put us in some different directions that we will continue to work on."

Still another positive aspect to the Charlotte test was the emphasis on how changes to the race cars could greatly enhance the level of competition at the intermediate tracks on the NASCAR schedule. 1.5 mile ovals are a major part of the NASCAR Sprint Cup schedule. In 2014, NASCAR will run 36 championship points races and five special non points events. These events will be held on 23 different race tracks. Eight of those race tracks, with a total of ten races, are 1.5 mile ovals. Additionally there will be the traditional race at Darlington Speedway, 1.3 miles in size, plus three races at the slightly larger two miles ovals at Michigan and Fontana.

Let's be honest here. There were moments in previous racing seasons when the competition and excitement levels were somewhat lacking at these intermediate speedways. NASCAR's willingness to use the Charlotte test data to enhance green flag passing capabilities is a major step forward towards addressing this issue.

It's also likely that an increase in the competitive level, at these intermediate tracks, could bolster Nielsen television ratings. The Sprint Cup's 2013 televised races, aired on Fox, TNT, ABC and ESPN, averaged a consistent 5.8 million viewers per race. However, that number also represents a general sense of decline over the recent years and fails to match NASCAR's glory ratings that dates back to the 2005 season. A check of the television ratings, for the 1.5 mile ovals last year, indicates a general decline that are, in some cases, well below the 5.8 million seasonal average.

If the competitive edge is elevated at these race tracks, then it's also likely that the individual speedways could enjoy a rise in tickets sales. At the beginning of the 2013 season, NASCAR announced that they would no longer include attendance figures for their events in their official race reports. In many cases, the individual race tracks followed this policy making the attendance figures difficult to acquire. However, the live television cameras at the races frequently displayed the empty grandstand seats on race day. There were also reports of speedways planning to eliminate sections of their grandstands with some of them proposing to replace the seats with special fan VIP areas.

Granted, any issues regarding ticket sales are likely influenced by the state of the national economy. Let's face it, when you add up the costs of enjoying a NASCAR weekend the total cost, from travel costs to tickets, can be rather high. To many fans of the sport it's the equivalent of planning a mini family vacation.

Adding to the list of positives associated with the Charlotte test was the fact that many Sprint Cup drivers were afforded the opportunity to have a genuine work out, under trackside conditions, with their new 2014 teams and crew chiefs. That list includes Ryan Newman, Kevin Harvick, Kurt Busch, Martin Truex Jr, Austin Dillon, Kyle Larson and Michael Annett.

NASCAR deserves a tip of the racing hat for staging this comprehensive test. It had a long list of positives associated with it. Hopefully, the fans are going to see some very positive results, in the quality of the racing, that came from the data collected from this day at the Charlotte Motor Speedway.