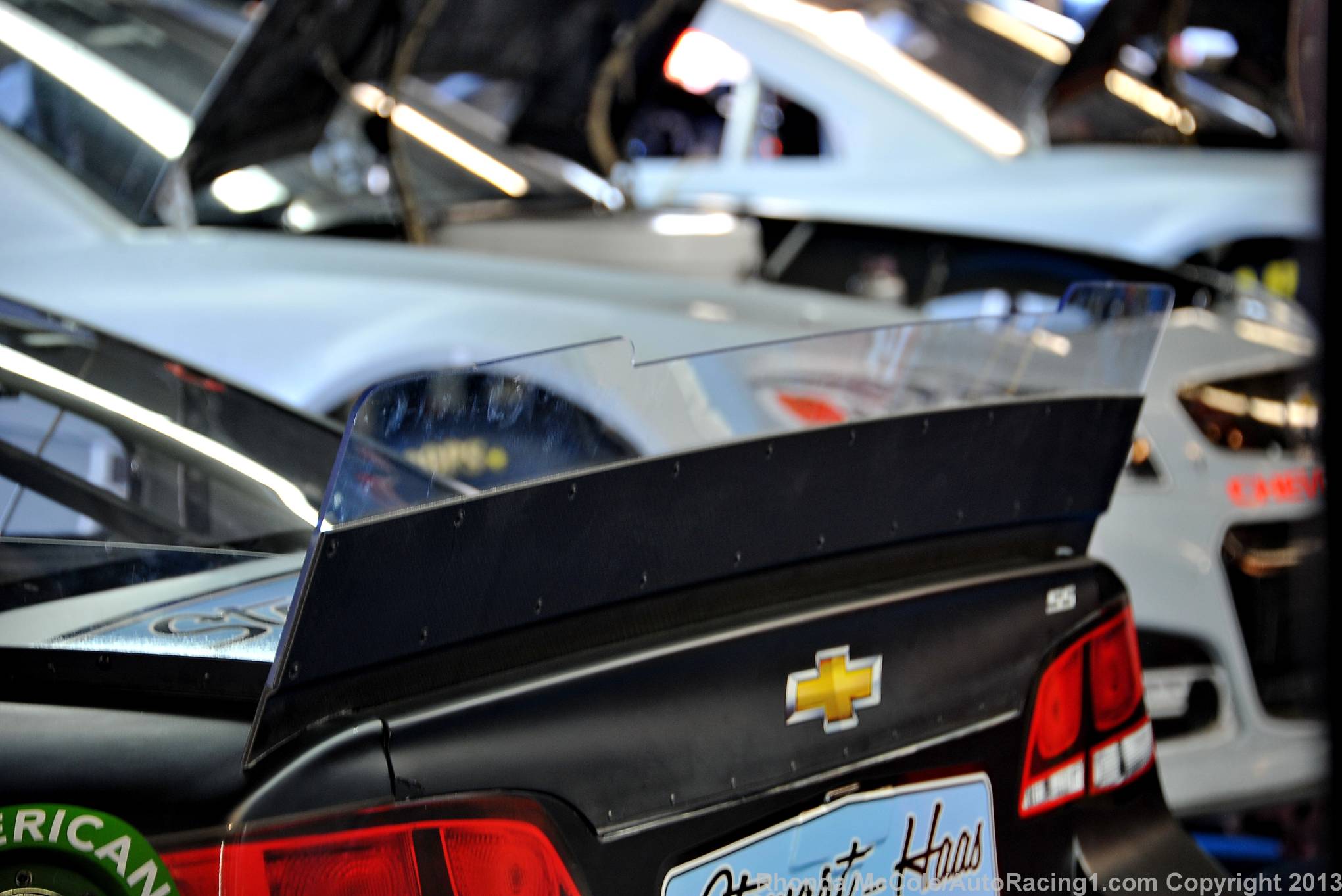 In the first step for gearing up for the new season, NASCAR conducted a one-day testing session on at Charlotte Motor Speedway on Wednesday to shake down proposed changes to the rules package for the Gen-6 Sprint Cup Series cars for 2014.

The single-day testing session – postponed from Monday due to weather – is a continuation of a test NASCAR conducted here in October to help improve competition and allow more passing on 1.5-mile racetracks such as Charlotte.

Among the changes being evaluated on Wednesday were different front splitter combinations, higher spoilers, roof strips and a tapered spacer in the intake manifold – similar to a restrictor plate – that would limit the horsepower in the engines to about 750hp.

“What we're attempting to do here is to get closer competition and more passing, closer competition, the cars running closer in the pack, passing more with an eye for the fans. That's basically what we're doing," said Gene Stefanyshyn, NASCAR vice president of innovation and racing development. “When it's all said and done, there's no wind tunnel where you can put 30 cars in, or CFD model where you can do that. Really what it comes down to is 30 cars running around the track and seeing how it all works and measuring that.

Previously, where only six cars participated in the October test, NASCAR had 30 cars on hand at the track in today’s test session, which saw the drivers take to the track in four simulated races 15-40 laps in length, each featuring the current Gen-6 Sprint Cup cars running a different configuration – all in an effort by NASCAR to improve the racing product.

“One of the things that we learned and the reason we're back here with so many cars is it is different when you have 30 cars or 25 cars out there versus six," said Robin Pemberton, NASCAR VP of Competition and Racing Development. “It was important for us to come back here with a field of cars that we did. It gave us a little bit different view on some of the answers. It's put us in some different directions.

Following each of the four simulated races, NASCAR then had the drivers, engineers and crew chiefs attend a mandatory de-briefing session to discuss the effects of the changes on the cars and the competition on the track.

“If the data says this, and there's somebody that says something totally different, we scratch our head, see what other people said. You kind of balance it all," said Stefanyshyn. “It's not a perfect science, but we try to take all those inputs and utilize them in the triangulation to find the right answer.

“You will never get 100% agreement on everything. So really you're kind of looking for the 70% answer here that kind of leads you in the right direction. It's not a perfect science, but we try to take all those inputs and utilize them in the triangulation to find the right answer."