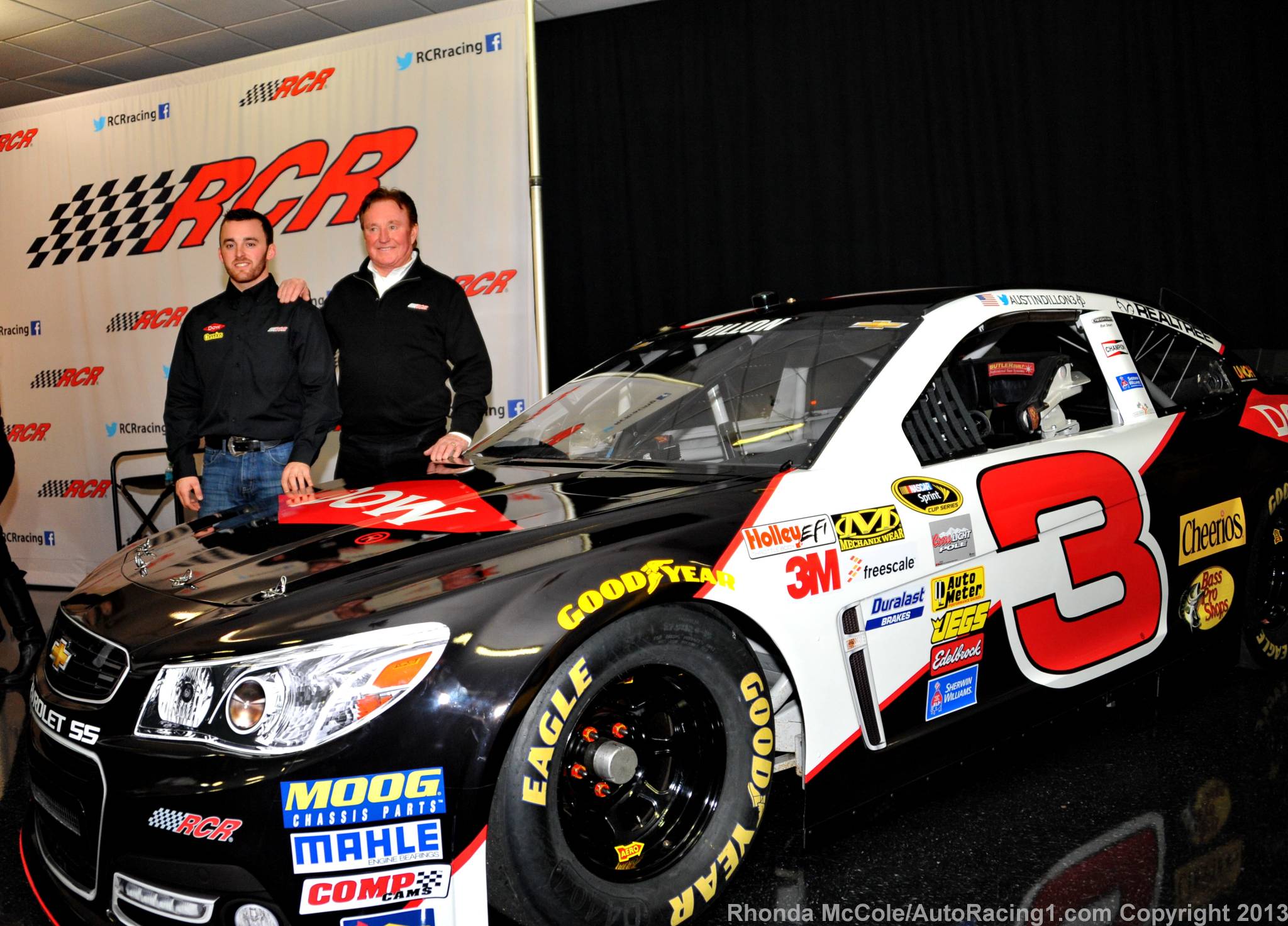 Nearly 13 years after the tragic death of the Dale Earnhardt, the car number he helped make famous will return to the NASCAR Sprint Cup Series, and to the race where the seven-time champion lost his life.

Richard Childress Racing announced today that the team will bring back the famed no. 3 to the Sprint Cup Series next season with driver Austin Dillon, replacing Kevin Harvick behind the wheel of the once-no. 29 car as he competes for rookie of the year honors in 2014.

One of the most recognized icons in all of motorsports, the reversed-italicized “3" has been unofficially retired from the Cup Series since Earnhardt’s fatal crash in the final lap of the 2001 Daytona 500, with Childress himself saying he had no plans to ever bring the no. 3 back to racing.

But Dillon – the grandson of car owner Richard Childress – began using the number early in his racing career and continued to use the number driving in Super Late Models all the way up through his four seasons in the Camping World Truck and Nationwide Series.

Now, with Dillon moving up to the Cup Series in 2014, Childress felt the time was finally right to bring the number back.

Childress had always said the only people he would ever consider putting behind the wheel of the no. 3 car would be an Earnhardt or a member of the Childress family, and he’s always had the support of Earnhardt’s family – including Earnhardt’s son Dale, Jr. and daughter Kelley – for bringing the number back to competition.

“I talked to Dale Jr. and Kelley – we wanted the right people to support it, and helped our decision," said Childress. “My hope is that the Dale Earnhardt fans will be re-energized again – you’re not going to please everyone, we know that, but we’re going to do our best to make them proud. That’s the key thing that I wanted to do."

Although the no. 3 has become synonymous with Earnhardt in his year as a driver, several NASCAR Hall of Fame drivers and competed in the number 3, including Junior Johnson, Buck Baker, David Pearson and Cale Yarborough.

Childress himself used the number during his years as a driver for his family-owned team in the Cup Series starting in 1976 as a tribute to Johnson. After Childress retired as a driver in 1981, Earnhardt was brought in to drive for Childress’ team, but left after one season.

Following a brief stint with Ricky Rudd behind the wheel of no. 3, Earnhardt rejoined Childress in 1984 and began a dynasty that earned them six championships together.

It was Earnhardt who first realized the money-making potential of his image, becoming one of the first drivers to trademark both is signature and his car number, with the stylized slanted “3" on the famous all-black racecar becoming one of the most marketed symbols of the sport.

Following Earnhardt’s death in the 2001 Daytona 500, Childress voluntarily retired the number, showing up for the next race at Rockingham Speedway sporting a number 29 on the Goodwrench Chevrolet for driver Kevin Harvick, which remained on the car until this season.

Although the number 3 was retired in Sprint Cup, it continued to be used in other series, including several starts by Dale Jr., in the Nationwide Series in 2002 and 2010 – two of them coming at Daytona.

As his career progressed, it seemed only a matter of time before Dillon would make the move to the Cup Series, and bring the no. 3 with him.

“I’ve heard a lot of good feedback from the fans….wondering if this was ever going to happen," said Dillon. “This number has a lot of history, and that’s what our sport is built off of is family and history and I think this is a great opportunity for all of our sport to enjoy seeing this number back on the track.

“Dale Jr. has been supportive the whole time, he’s excited about it. That was one person I needed to talk to, and having the support from the right people has been important to us."

RCR plans to continue using the number for Ty Dillon as he moves up to the Nationwide Series next season, but the organization does not plan to field any teams in the Camping World Truck Series in 2014.