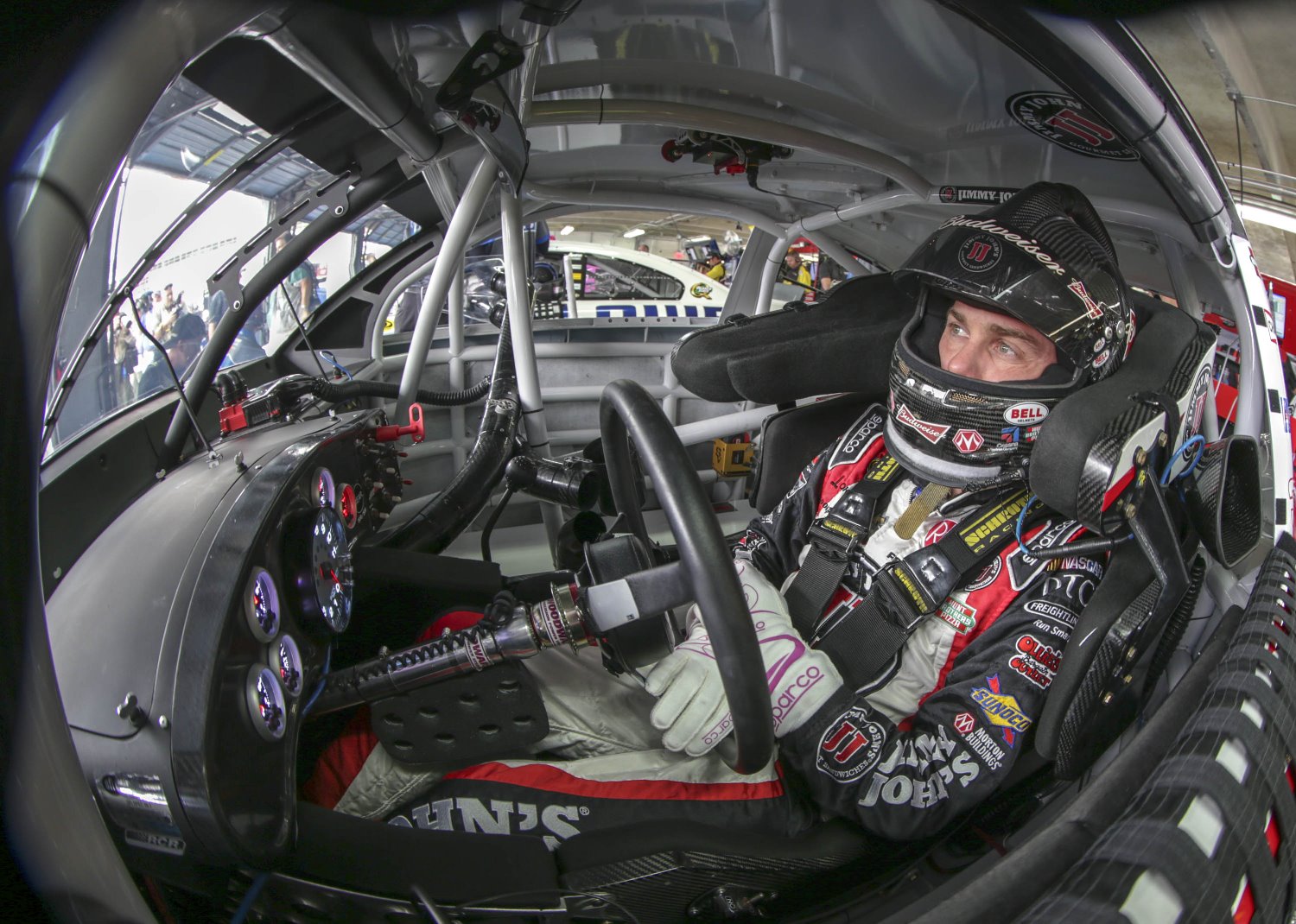 A SCARY SITUATION FOR THE HARVICK FAMILY

A fire broke out in the Oak Ridge-North Carolina home of NASCAR Sprint Cup driver Kevin Harvick early Wednesday morning. Kevin and DeLana Harvick, along with their baby son Keelan, escaped the scene unharmed after being awakened by the home's alarm system. According to reports, the fire started in the basement of the home. The Harvick's home only sustained minor damage thanks to a very quick response by area fire fighters.

Later in the day Kevin Harvick Inc sent the following "Twitter" message: "Last night the local fire department was called to the Harvick's house where a fire started in the basement in the early morning hours. There was structural and smoke damage within the area. Kevin, DeLana and Keelan were not injured. Thank you all for the outpouring of concern."

PLEASE WELCOME THE NEWEST MEMBER OF THE NASCAR NATION.

DJ TONY ON THE AIR.

When you combine the elements of freedom of speech, a live radio broadcast and Tony Stewart, then you've got the making of a highly entertaining evening. The three time NASCAR Sprint Cup champion's moments on live radio in the past has often resulted in what can only be termed as classic Tony.

Stewart will host a special edition of his show "Tony Stewart Live" on SiriusXM NASCAR Radio on Tuesday, December 3 (7:00-9:00pm/et), at the start of NASCAR Champions Week. Stewart and co-host Matt Yocum will broadcast live from Charlotte, NC, where they will review the year that was in NASCAR. Stewart will share his thoughts on the most memorable moments of the year on the track and off, talk live with 2013 NASCAR Sprint Cup Series champion Jimmie Johnson about his sixth career title, and discuss Stewart-Haas Racing's prospects for 2014 and his recovery from the accident that sidelined him earlier this year.

Fans can call in to the show to talk live with Stewart and Yocum (1-800-PIT-LANE) or share their thoughts on the season by tweeting @SiriusXMNASCAR and using hashtag #TSL.

A MAJOR STEP FORWARD FOR A SINGLE CAR TEAM.

JTG Daugherty Racing team officials announced a technical alliance with Richard Childress Racing that will include receiving ECR Engines and engineering services during the 2014 NASCAR Sprint Cup Series season with driver AJ Allmendinger behind the wheel of the #47 entry. This news also means that the team will be switching manufacturers from Toyota to Chevrolet.

"We certainly appreciate all the support that TRD (Toyota Racing Development) has provided to JTG Daugherty Racing for five years and we are great fans of their business model," JTG Daugherty Racing co-owner Tad Geschickter said. "As a single-car team, we feel that aligning directly with a successful multi-car organization like Richard Childress Racing is what will work best for us in 2014."

After nearly 15 years of success in the NASCAR Nationwide Series, JTG Daugherty Racing ventured into the NASCAR Sprint Cup Series with driver Marcos Ambrose at Indianapolis Motor Speedway in July of 2008. Ambrose went on to score the team's career-best finish with second-place at Watkins Glen International on August 10, 2009. 2000 NASCAR Sprint Cup Series champion Bobby Labonte took the reins in 2011 and delivered his best finish with the team at Daytona International Speedway on February, 20, 2011 when he crossed the finish line in fourth-place. This season AJ Allmendinger has earned the team's best finish of the season (10th-place) at Watkins Glen International in August and will be behind the wheel of the #47 full-time starting in 2014.

A WISE MOVE FOR JOSH WISE?

It has now been confirmed that Josh Wise will not be returning to the driver's seat of the #35 Front Row Motorsports Ford next year. Although he has yet to announce his 2014 plans, it does appear that Wise had landed a new racing deal for the upcoming new season.

Front Row Motorsports confirmed the driver's departure, last Tuesday, with an official statement on the team's "Facebook" page that read: "Because a lot of you have been asking about the status of the #35 car and Josh Wise, we wanted to give you an update. Josh has accepted an offer to drive for another team in 2014, and we absolutely wish him the best in that new role. He's been a good team member and we've appreciated his contributions over the past two seasons. We do plan to continue running the #35 car in 2014, although the program for that car is still in development. It is our expectation to use more than one driver in that role, and we are currently looking at driver candidates and potential partners to help fund and finalize that program."

Josh Wise sent the following "tweet" this past Tuesday morning: "Super thankful for @FrontRowNASCAR and my two years there! Was time to make a change and I'm really excited about 2014! I will keep you all posted on my 2014 plans in the coming days".