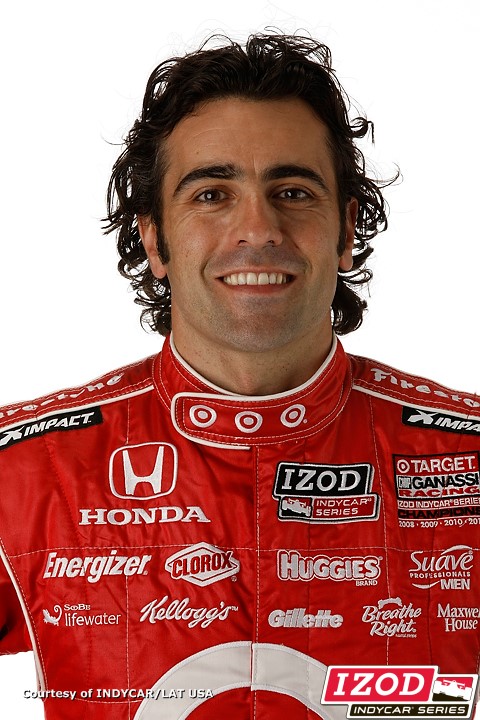 Let's look for a moment at a few successful business models.

When high school basketball star Damon Bailey began playing for Indiana University in 1990, be brought legions of fans with him. Everyone in the state knew of Bailey long before he arrived at IU because he had played at every small-town gymnasium for 100 miles in every direction for years. Damon Bailey drew interest from the target audience and as a result, the university sold tickets.

Everybody thinks former heavyweight champion and MMA superstar Randy Couture made his name in mixed martial arts. Wrong. He was a three-time NCAA All American wrestler and a three-time national champion runner-up long before his MMA career ever began. He brought his grass roots following to the UFC and as a result, ticket sales soared and mixed martial arts have gone mainstream.

Matt Kenseth used to run at Wisconsin's LaCrosse Fairgrounds Speedway. I was there three weeks ago and saw his name engraved on the wall. Jeff Gordon used to drive at Bloomington Speedway when I raced stock cars there in the 80s. They took their fans with them to NASCAR.

Does anyone see a pattern here?

Now let's take a look at the grass roots following that the next generation of IndyCar drivers will bring to the sport.

Carlos Munoz of Indy Lights started his open wheel career in Italian Formula Renault before going to the West European Cup series. Jack Hawksworth ran the British Formula Renault series and arrived in America having run fewer than twenty races in full-sized automobiles in his life.

I spoke with Luca Filippi on the phone a few weeks ago. He's a great guy and a fine driver. I really mean that. But his background is in Asian and European formula cars.

These guys will put on a great race, but the average American sports fan won't watch it because the competitors have absolutely no grass roots following from the target audience.

Look, this is not the old IRL-CART argument, nor is it a plea for sprint car drivers to take over IndyCar. And this isn't about “getting more American drivers." I couldn't care less what nation a driver came from.

This is just business. IndyCar needs to sell tickets to its target audience, which, like it or not, is still primarily American.

IndyCar is not bringing in new heroes from short tracks and club racing. The barriers to entry are too great, the expenses are too high, and no one needs a good oval driver when the cars can be driven flat out around the entire track.

Instead, the series is relying on one race – the Indy 500 – to create their own heroes out of drivers who have little or no prior familiarity with an American audience. And with Franchitti, it worked. After three Indy wins he was a genuine star.

But with only one Indy 500 per year, there aren't enough Borg Warner faces to continually re-stock IndyCar's depleted corps of superstars. And the new guys coming into the sport have no real support from American auto enthusiasts. We don't know these guys. They climbed the racing ladder overseas and arrived in the US carrying a bucket of cash with no following from local club races or short tracks.

And that is why, generally speaking, no one really cares who replaces Dario Franchitti. Stock car fans in Wisconsin don't care. Sprint car fans in Iowa don't care. Road racers in Texas don't care. And the predictable result is that they are less likely to buy tickets to an IndyCar race. And that is a bad thing.

Dario's departure leaves IndyCar with one less hero, and we're starting to run out of replacements.