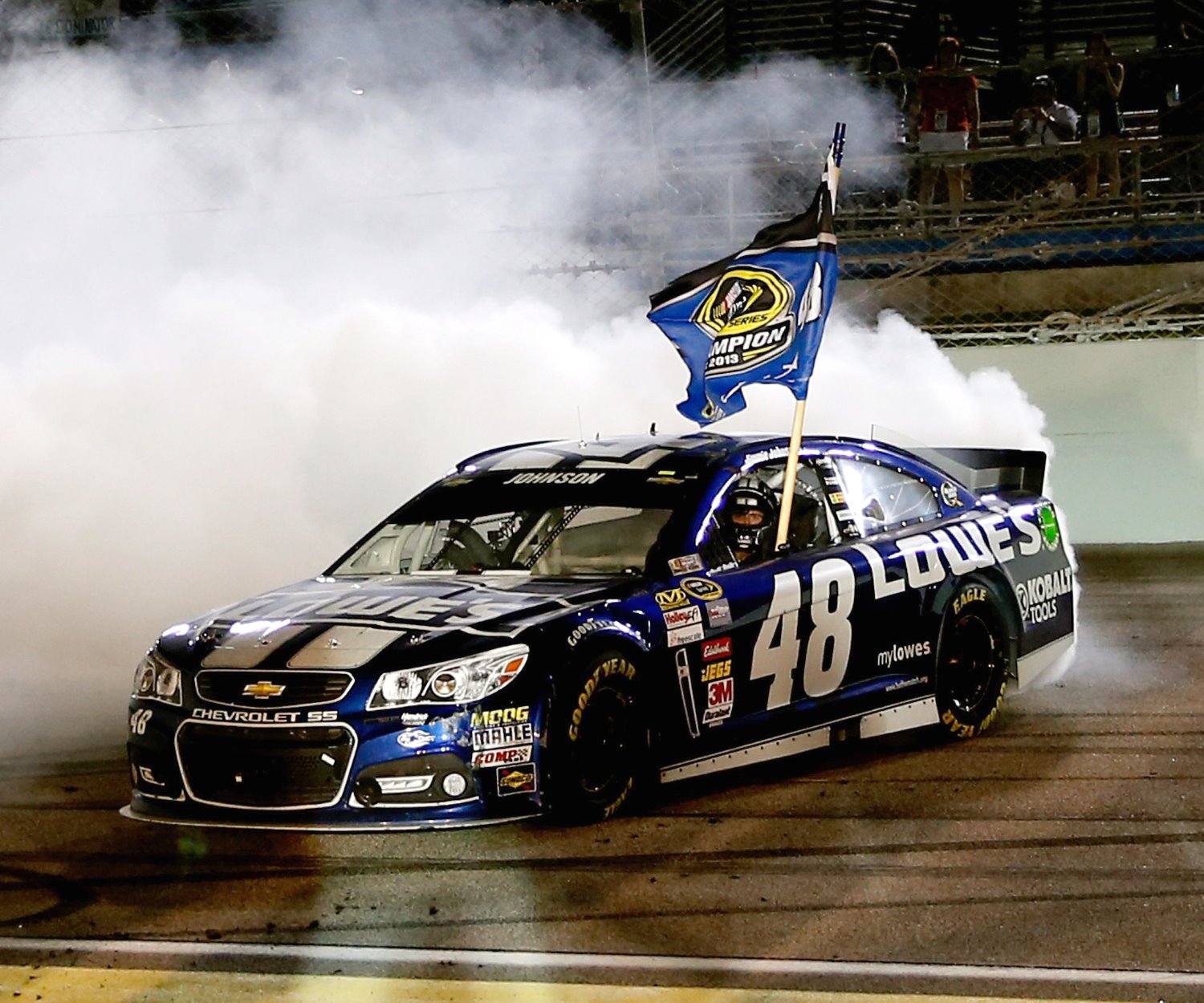 Showing the same confident swagger the team has displayed for the entire season and the 10-race Chase for the Sprint Cup, Johnson and his crew shook off a late-race mishap and rallied to finish ninth to clinch his sixth championship in eight years, leaving him just one shy of tying the mark of seven titles held by Richard Petty and the late Dale Earnhardt, Sr.

Johnson, who entered the race with a 28-point cushion over Matt Kenseth, needed only to finish 23rd or better to win the title. He ran steadily all evening, running in the top 10 for nearly three-quarters of the event, with his only real scare coming with 73 laps to go after receiving some minor damage when the field got waded up on a restart.

Johnson and his crew kept their cool and clicked off a quick repair on the next caution flag, and Johnson pulled back into the top 10 with 20 laps and never wavered from there, winning the title by 19 points over Kenseth, who finished the race in second behind race winner Denny Hamlin.

“I don't even know where to start. I am at a loss for words," said Johnson. “I am so proud, and so thankful for this opportunity at Hendrick Motorsports. I’m thankful that Jeff Gordon and Rick Hendrick gave me this opportunity back in 2002.

“This sport is about people, and our people at Hendrick Motorsports, especially on this 48 car rose up and got the job done. I am so thankful to be able to drive for this race team, and so honored and so excited to have a six-pack."

Among the first to congratulate Johnson was Kenseth, who despite winning a series-leading seven races and earning the no. 1 seed in the Chase, came up short of winning his second Sprint Cup.

“Obviously it's been a great year, best year I've ever had," said Kenseth. “Jimmie (Johnson) and that team are obviously unbelievable. Never seen anything like this in the sport and probably will never see anything like it again. It's amazing they can figure out how to do that year after year.

Johnson’s championship-winning run gave Hendrick Motorsports their 11th Sprint Cup championship, which includes one from Terry Labonte and four from Jeff Gordon, who is also co-owner of Johnson’s no. 48 team.

“I can’t believe it," Hendrick said. “I always wanted to win one of these things. I never thought we would win 11. It’s unbelievable. I can’t really describe it. I didn’t want to get excited until tonight and until it was over. It’s part of history, and I’m proud of our guys. For Jimmie to have six and us to have 11, it’s still hard to believe."

Johnson, just 38 years old, is the youngest driver to win six titles, and his potential to win a seventh and perhaps more titles beyond that is certainly not lost on Chad Knaus, who has been Johnson ‘s crew chief for his entire 13-year career.

“He is an amazing talent, there's no doubt about it," said Knaus. “He can do things with a racecar that most mortals can't. Let's just be straight with it. I’m very blessed to be his crew chief. I don't think we're even close to the potential of the team yet. That's exciting for me."

After winning five-straight titles from 2006 through 2010, Johnson fell out of contention for the title in the last two seasons, then came roaring back in 2013 by winning the season-opening Daytona 500 for the second time.

Unlike some of his previous championship-winning seasons where Johnson and his team have experience mid-season slumps before turning up the wick in the Chase, Johnson kept the momentum going throughout the 2013 campaign, holding the top spot in points through 24 of the 26 regular-season races while rattling off six wins, including Chase wins at Dover and Texas.

Johnson entered the Chase second in points behind Kenseth and fell to as far back as third following the second Chase race at New Hampshire before rallying back to regain the top spot two weeks ago at Phoenix.

For race winner Denny Hamlin – who missed out on the Chase after missing four races earlier in the season nursing a back injury – it looked all too familiar, having finished runner-up to Johnson in 2010.

“The 48, they just never have that one bad race," said Hamlin. “I don't know how to explain it, but they just don't make any mistakes. You have to beat him on performance. To do that, that's really hard. Unfortunately, we're racing during the Jimmie Johnson era. We're just unlucky in that sense. I think being out there and racing with him, I can say that I think he's the best that there ever was."

With now another championship under his belt, Johnson could be compared among the sports best, as he joins some elite company as one of only three drivers to win six titles, and possibly more as the series begins again in 2014.