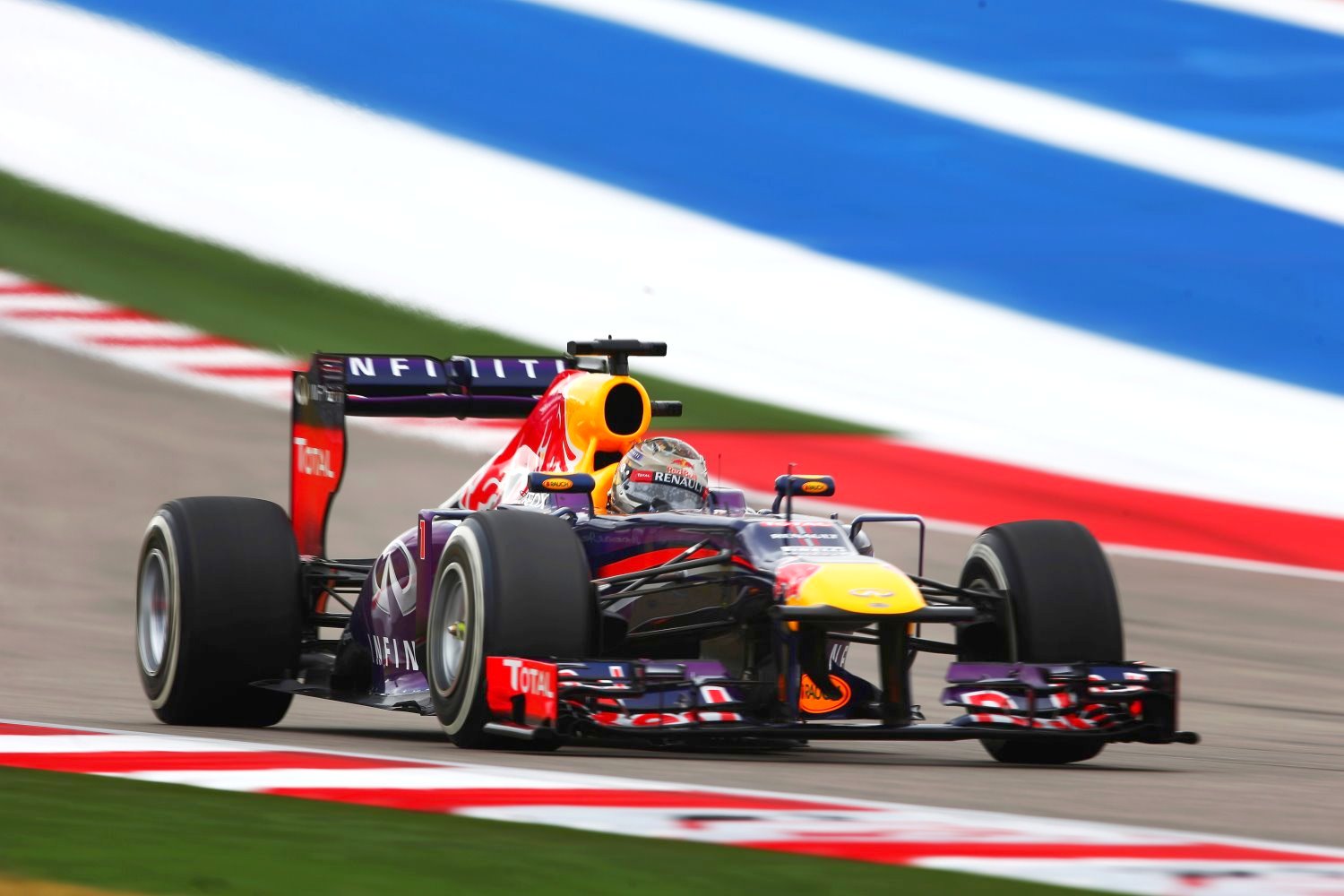 Sebastian Vettel led a Red Bull 1-2 in qualifying for the US Grand Prix.

Webber was a tenth clear of Vettel after their respective first runs in Q3 and improved further on his second set of new tires to sit on provisional pole.

But Vettel did what Vettel does and on his final lap he went fastest of all in the final sector to pip Webber to pole by just over a tenth of a second.

The Red Bulls were more than three quarters of a second quicker than Roman Grosjean, who put his Lotus in third.

"It's obviously great for the team to have both cars on the front row for tomorrow," said Vettel. "It was a tricky session as the wind had picked up quite a bit since this morning; it does influence the behavior of the car and it’s not that easy, especially in the corners, I wasn't that happy with my first run in Q3, but I think I had a solid run at the end which was enough.

"It was very close with Mark, he seemed to get closer and closer as the weekend went on, so fortunately I was just able to stay ahead. I think he might have had a mistake on his final run. I'm very happy with pole position today, I like this place and the circuit and I’m looking forward to tomorrow. It's important to start on the clean side, so we’ll see what we can do."

Heikki Kovalainen qualified eighth, ahead of Valtteri Bottas (Williams) and Esteban Gutierrez in the second Sauber.

In final Q3 qualifying the drivers were on the softer of the two Pirelli compounds.

Bottas, Alonso, Hamilton, Hulkenberg and Gutierrez did not go out for the first round of runs.

With 3 minutes remaining in the session, Bottas, Hamilton and Hulkenberg took to the track. Then Alonso and Gutierrez headed out as well.

With 2 minutes remaining in the session, all 10 drivers were on the circuit.

Then, in the waning seconds, Webber improved to a 1:36.441. Grosjean got up to third and Hulkenberg fourth. And then Vettel crossed the line to grab the pole with a time of 1:36.338.

"I didn’t think I had done enough on the second run in Q3, we (Seb and I) both had two shots with two sets of options," said Webber. "The first part of my final lap was very good, I was happy with that, but I didn’t quite get Turns 19 and 20; if I’d done what I did there initially in Q3, it would probably have been enough, but I tried to squeeze a bit more out and it’s easy to load the car a bit too much in these conditions.

"Sometimes you’re happy and think you’ve given your best, but today it slipped through the fingers. Well done to Seb, he put the three sectors together and I put two and a half together. I just dropped it in the last sector and it’s not satisfying when you do that, but I’m still pretty happy with second."

So it was a Red Bull front row, while the second row consisted of Grosjean and Hulkenberg. Hamilton, Alonso, Perez, Kovalainen, Bottas and Gutierrez rounded out the top 10.