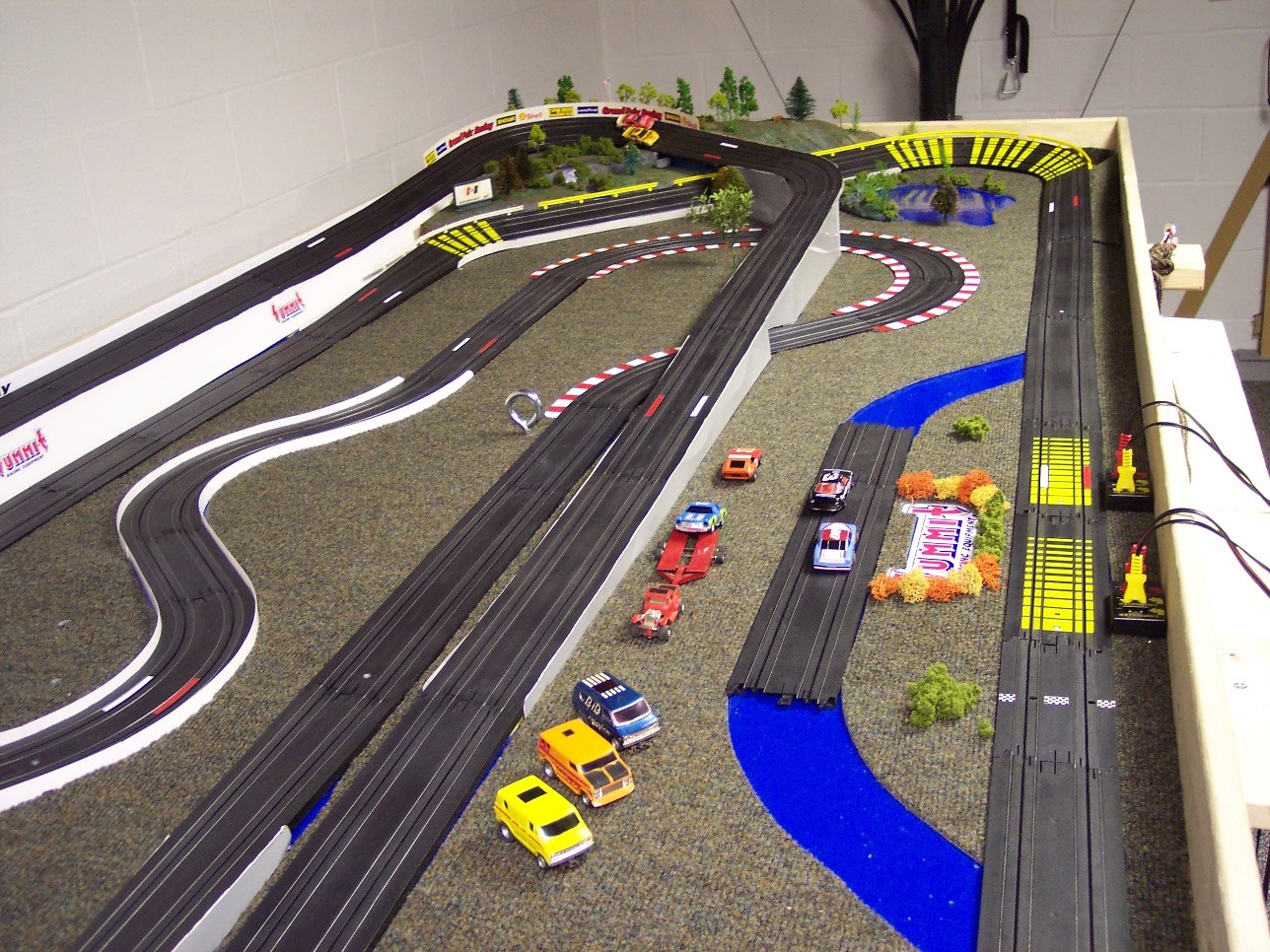 I have figured out what is wrong with America’s youth. They don’t race slot cars anymore.

In addition to being overly tattooed, body pierced and not pulling their pants up, most of them couldn’t define “HO scale" if you held a gun to their iPad.

Racing HO scale Aurora AFX slot cars with the greatest man I’ve ever known – my dad – in our garage in the summer of 1969 taught me pretty much everything I needed to get through life. After slot car racing, formal education was anticlimactic.

Because of slot car racing, I could identify a Mustang, Camaro or Corvette on sight. I knew Trans-Am from Can-Am. I learned that the Indy 500 is the only race on earth that really counts.

I learned what tire stagger was while rebuilding a Tyco 440 in an effort to set a new track record in my parents’ attic in 1977 while listening to the Bee Gees on the radio. I hadn’t discovered Speedwagon yet.

I learned aerodynamics by gluing homemade cardboard rear wings on my slot cars. I invented the wickerbill on my HO scale track a decade before IndyCar used them. I swear I am not making this up.

I learned the basics of electricity by rigging a set of miniature street lamps along my racetrack so my cousins and I could turn the lights out and hold “night" races every evening that Charlie’s Angels wasn’t on ABC.

Slot car racing forced me to become resourceful. When no one else was available to race against me, I would wrap a rubber band around the hand throttle, place a slot car on the unmanned opponent’s track, and then use a slightly slower car on the inside lane to try and catch it.

When the hand throttle became too hot to touch I would take the rubber band off, install a new throttle and keep racing. By myself. For five hours at a time. I am not making that up, either.

When my first son turned 10 years old, his mom and I bought him a slot car track. It was like a hundred feet long. I was determined to make a man out of him.

We removed the furniture from one room, combined our racetrack kits and set up what must surely have been the longest slot car track in the history of mankind. Then we found that the slot cars that came with my son’s new kit stuck to the track too much. They didn’t slide. You couldn’t drift them around a corner. They were unmanly. We put them back in the box and got out my dad’s cars from the 1960’s. Aha. We were men again.

A week later my wife wanted the room back. Insert masculinity joke here.

Fine. We moved to the garage. This was more masculine anyway. By this time my second son had turned 12 and needed his own educational course in manliness.

Today we have a slot car road course set up on a table built into the garage wall about four feet high. We have 20 vintage slot cars ready to race and a rack of spare parts. We have two full boxes of extra track and change the layout regularly between ovals and road courses.

We have cushy bar stools for seats. We have double fluorescent lights hovering right over the track. We call them our “stadium lights."

Above the track is a cabinet with manly snacks like peanut butter crackers, mixed nuts, beef jerky and Pringles. To the right of the track is a full sized refrigerator with manly, ice-cold drinks.

Behind the track, in the center of the garage, sits my Ford Mustang and 1971 Torino. The walls are decked with pictures of my racecars from the past 20 years. Insert vanity joke here.

Television screens hang from the left and right, with constant replays of old IndyCar races. Talk about atmosphere.

The sanctity of our man cave is protected by a Gender Detection System that will vaporize any female upon entry.

So I guess it’s all come full circle. My dad started racing slot cars in his garage with his son in 1969. His grandsons now do the same thing in their garage in 2013.

Yes, I have figured out what is wrong with America’s youth. If your son is wayward, needs direction in life or collects Richard Simmons videos, you have hope.

Suffice to say that there is no problem on earth that cannot be solved with the proper application of slot cars, large caliber firearms, or Ideal’s Evel Knievel Stunt Cycle.

We’ll talk about the other two later.