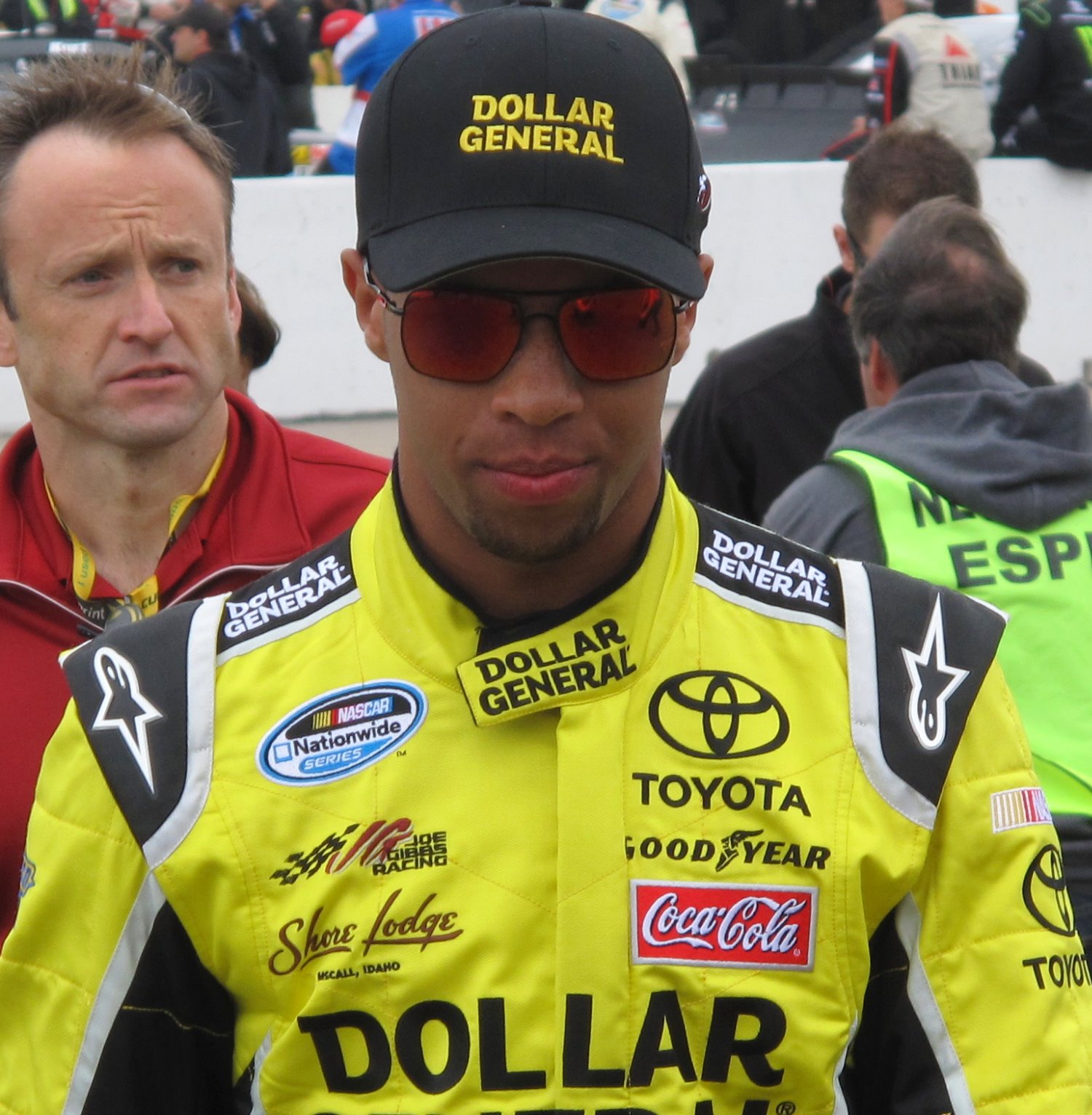 Darrell “Bubba" Wallace, Jr. scored a history-making win on Saturday with his first-career victory in the Kroger 200 NASCAR Camping World Truck Series race at Martinsville, becoming only the second African-American driver to reach victory lane in a NASCAR touring series and the first since Wendell Scott scored a victory in 1964.

Wallace led 96 of 200 laps including the final 50 laps to beat out Brendan Gaughan by nearly a full straightaway for his first win in 19 truck series starts. Jeb Burton finished third, followed by Ben Kennedy and Ryan Blaney.

Wallace, who entered NASCAR in 2010 as part of the Drive for Diversity program, becomes the second graduate of the program to win a NASCAR series event following Kyle Larson’s victory at Rockingham Speedway. So far this season, he’s racked up five top-5 and 11 top-10 finishes in his first season driving the no. 54 Toyota for Kyle Busch Motorsports.

“Oh my god. I’m speechless right now," said Wallace. “God, I couldn’t even hold it together coming off (turn) four with the checkered. I still can’t. I’m balling my eyes out.

“This is an emotional one for me, especially to do it in Wendell Scott's backyard. I love to come in here to Martinsville. It's always good to me, and it finally paid off. It'll take tomorrow for this to finally hit me, so I might be crying again tomorrow, but this is an emotional win and a big win for all of us."

Scott, a Danville, VA native who campaigned in NASCAR’s Grand National Series, became the first African-American to race in NASCAR in 1961, and scored his only career victory at Speedway Park in Jacksonville, FL on Dec. 1, 1963, passing Richard Petty for the win. Scott would collect 20 top-5 finishes in 495 career starts before retiring in 1973 due to injuries suffered in a crash at Talladega. Scott died in 1990, and was nominated for the inclusion in the NASCAR Hall of Fame in 2012.

“He (Wendell Scott) was watching over me this race. It all goes to him," said Wallace. “It will take me to tomorrow to think about everything that is set in place, but to be the first since him it’s outstanding."

Although Wallace led much of the final half of the race, Wallace felt plenty of heat in the closing laps as Kevin Harvick and Ty Dillon jockeyed for the second spot.

With 10 laps to go, the fight got ugly as Dillon turned his Richard Childress Racing teammate, collecting himself, series points leader Matt Crafton and Chase Elliott in the process.

Harvick proved his displeasure with Dillon as the two made their way back to pit road, slamming into Dillon’s truck and later blocking Dillon from his pit stall, further raising the ire of Dillon’s crew.

Harvick, who is departing RCR to join Stewart-Haas Racing in 2014 and will be replaced at RCR by Dillon’s older brother Austin, didn’t mince words about his thoughts on team owner Richard Childress’ grandchildren.

“Exactly the reason why I’m leaving RCR because you’ve got those kids coming up and they’ve got no respect for what they do in this sport and they’ve had everything fed to them with a spoon," said Harvick. “It’s a shame you’ve got to get taken out by some rich kid like that."

After several stops on pit road to repair his damaged Chevrolet, Dillon managed to limp home in 22nd-place, causing him to slip to third in the points standings. Crafton now leads the standings by 51 points over James Buescher while Dillon now trails by 61.

"I’m pretty disappointed in the things that just went down," said Dillon. "I used to look up to that guy but I guess he doesn’t understand the circumstances of what’s going on.

"I know we wrecked, but to tear up a truck after the race and act like a punk on the track and on pit road and stop on pit road on my pit stall when my guys were coming out, that was pretty ridiculous. I’m not happy with him. And for him not to stick around, that’s pretty sad, too."

Team owner Richard Childress later said he was “disappointed" and would speak face to face with Harvick, who will be behind the wheel of Childress’ no. 29 car in Sunday’s Sprint Cup race.