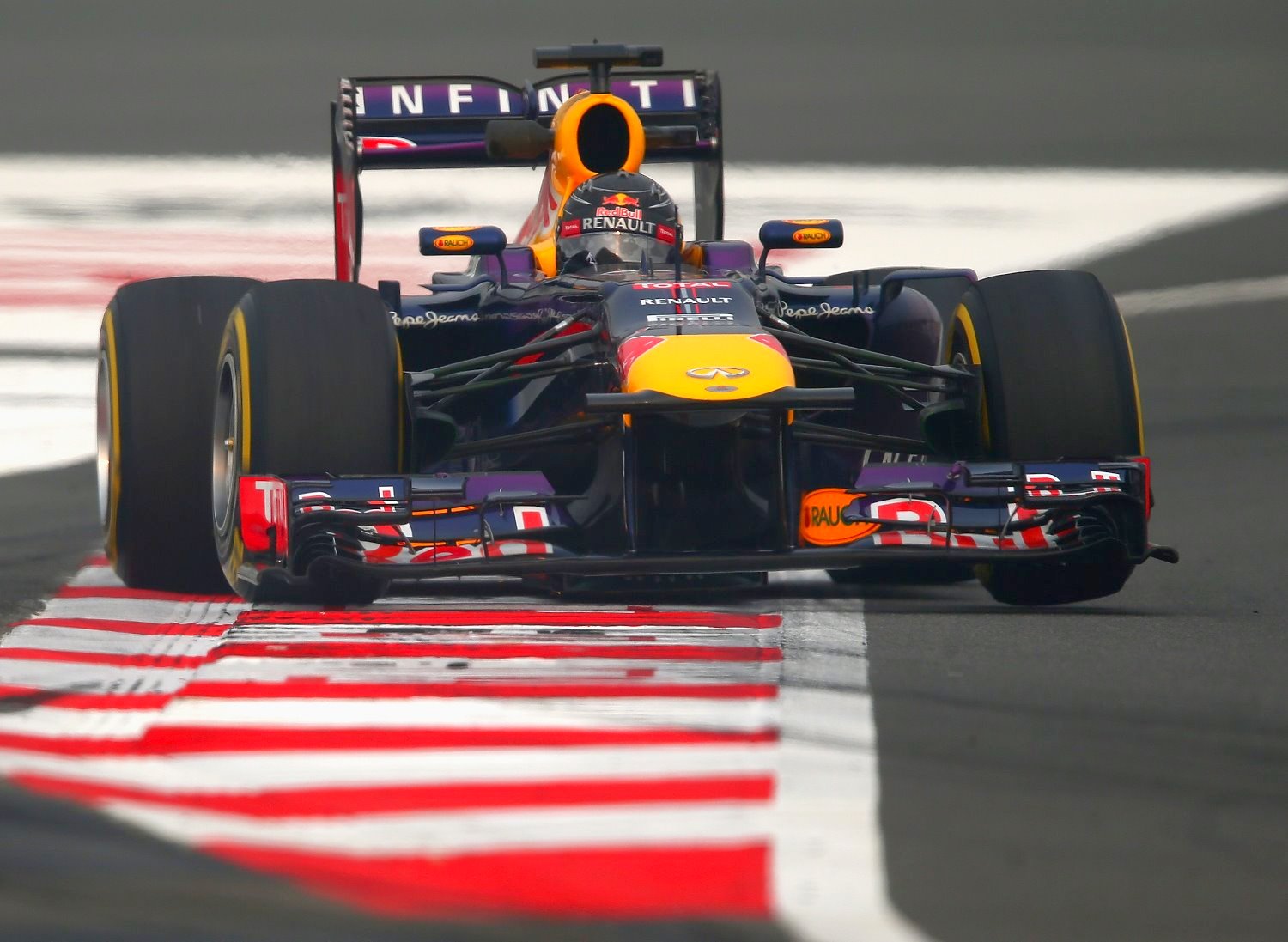 Sebastian Vettel showed once again why he is the best driver in F1 today. Not only did he produce one of his most commanding qualifying performances of the year to take Indian Grand Prix pole over the Mercedes duo of Nico Rosberg and Lewis Hamilton, he beat his teammate Mark Webber in an identical car by almost a full second. However, Webber is on a different tire strategy.

After leading every practice session, the Red Bull driver, who is poised to clinch a fourth straight world championship this weekend, was 1.7 seconds faster than his rivals when he first put in the 1m24.119s that became pole. He then cruised to his 43rd F1 pole knowing the other drivers probably were not good enough to beat him.

And he was right.

"The car felt good all weekend and it just got better as the track improved," said Vettel. "The car was amazing; it’s a great circuit, I really like the flow of it, especially around the middle sector with the high speed corners. If the car behaves the way you want it to through that section then you’re always then going to enjoy it, as we did today.

"It’s a great result for the team; Mark is on a different strategy, so we’ll see what the race brings tomorrow. We have been getting a lot of questions about the Championship this weekend, but we’ll keep doing what we’ve done in the past, just focusing on every single step – we won’t change that for tomorrow, or the next couple of races. We’ve worked hard to get here and tomorrow is a long race. With the strategy, I think it’s always tricky do the right thing, but we have a good package so we should be in good shape."

In what might end up being the best strategy, Mark Webber used mediums in Q3 to take fourth on the grid. He was 0.928s slower than Red Bull teammate Vettel, but 0.8s and four places ahead of next-best medium user Fernando Alonso and only 0.1s slower than Lewis Hamilton who was on the softer rubber.

“We thought it was worth trying something a little bit different with the strategy today, so that’s why we ran the primes in Q3," said Webber. "We thought we would probably be a bit further back than the second row to be honest, so it turned out to be a good session for us. It’s not easy to manage the primes when you just get a look at them in Q3, but I think we did a good job and we didn’t leave too much out there.

"We’re in a good position to capitalize on a different approach tomorrow. The option tire (used by the first three cars) shouldn’t last too long and we’ll be on a different strategy. That said, I’ll still have to use the softer tire in the race at some point, so let’s see."