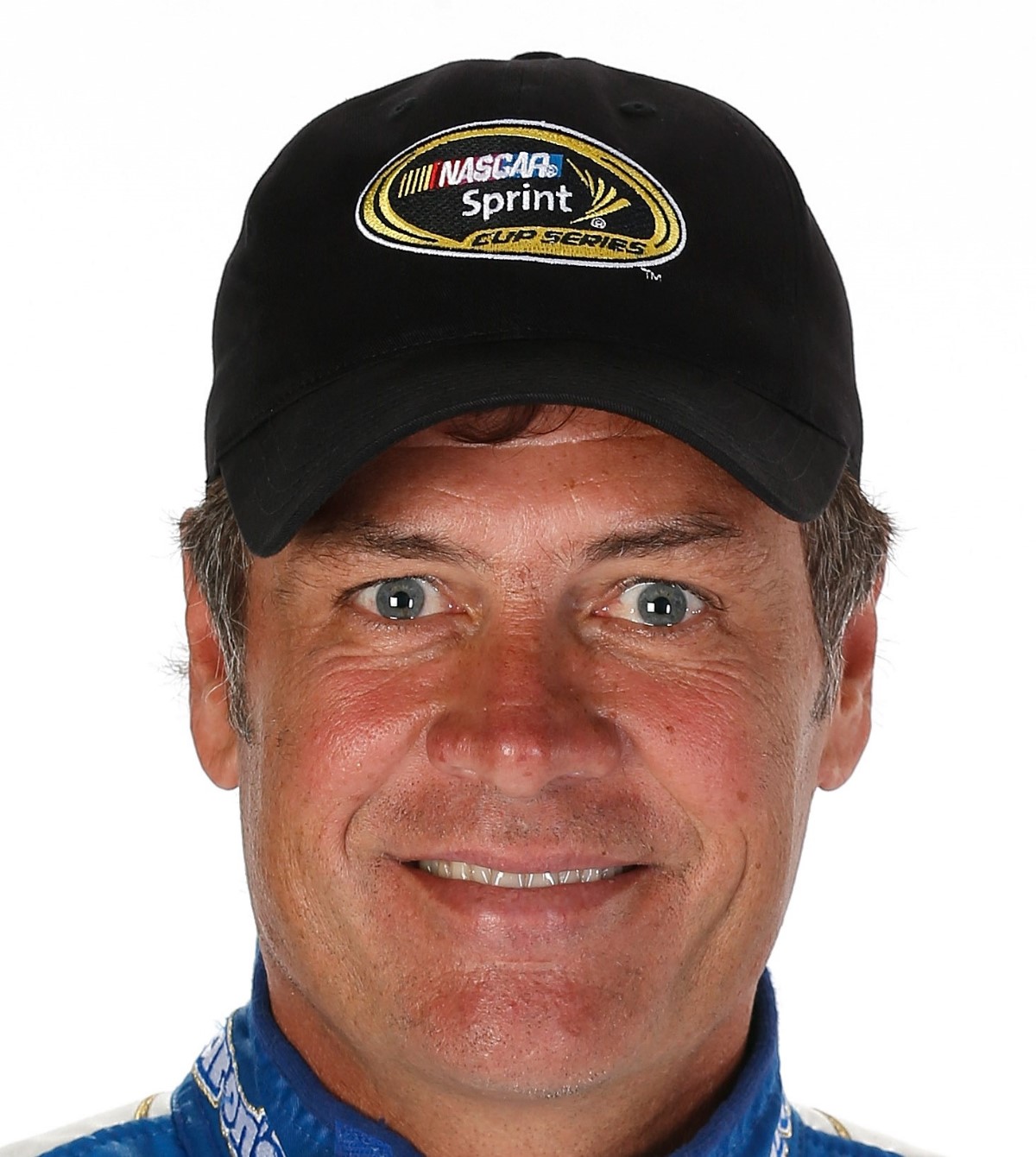 From the formal announcement of a major Sprint Cup team's reorganization plan to officials tests for the Generation Six race car, the Columbus Day holiday was surprisingly busy for many NASCAR teams.

A NEW PLAN FOR MIKEY LAND.

Still reeling from NASCAR penalties, following the September 7th race in Richmond-Virginia, combined with the loss of the full time NAPA Auto Parts sponsorship, Michael Waltrip Racing, (MWR), announced a major reorganization plan that will see them trim down to two full time teams but will still keep them competitive in the future years to come. The new plan also calls for the presence of a third team that will only run a very limited schedule.

MWR spent their Columbus Day Monday announcing the new plan via a prepared team release that said: "Michael Waltrip Racing announces today its reorganization for the 2014 NASCAR Sprint Cup season, highlighted by two full-time championship contending teams, a third entry which will run a limited schedule and a strengthened research and development group.

MWR will field the #55 Aarons Toyota and the #15 5-hour ENERGY/PEAK Toyota in its pursuit of the 2014 NASCAR Sprint Cup championship. To enhance performance for its two full-time teams, MWR has bolstered its R&D effort and will run a third car in select races, including Michael Waltrip in the 2014 Daytona 500.

Martin Truex Jr., driver of the #56 NAPA Auto Parts Toyota and his crew chief, Chad Johnston, each have been notified they are free to negotiate with other teams. Scott Miller, the teams executive vice president of competition, will continue his role as crew chief of the #55 team into the 2014 season.

"Our goals for the reorganization were twofold, firstly to improve the competitiveness of our race teams and, secondly maintain a stable organizational structure," said co-owner Rob Kauffman. "The team's focus has been to find that last one percent needed to move from Chase participant to Cup champion. This realignment will get us closer to that last one percent."

The reorganization enabled MWR to retain more than 85% of its current workforce. Those whose positions were affected by the moves were notified Monday morning. " Today was about doing what we had to do not what we wanted to do," Kauffman added. "It was important to let those whose jobs were affected know as early as possible, and a majority of those will remain with MWR through the end of the season."

"We have very strong support from Toyota, Toyota Racing Development, 5-hour ENERGY, PEAK, Aarons, AAA Mid-Atlantic and other partners who enable us to compete at the highest level," said MWR founder and co-owner Michael Waltrip. "We are confident that with two teams and a very active test team, our competitiveness will take a step forward. We will also continue to do a great job for our partners off the track, which has always been a cultural staple for our organization. Rob and I deeply appreciate everyone who has helped build MWR into a race winning team and we are dedicated to continuing our pursuit of excellence on and off the track."

Regarding the future of driver Martin Truex Jr, truly an innocent victim of the post Richmond fall out, there are multiple reports that says he's undergoing serious contract negotiations to take over the #78 Furniture Row Racing Chevrolet that will be vacated at the end of this season by Kurt Busch.

Engines re-fired on a Columbus Day Monday at Charlotte Motor Speedway after the Bank of America 500 held on the previous Saturday night , as six race teams returned to the track to work on further research and development of the Gen-6 car.

Aerodynamics were the focus of the day at the 1.5-mile track. Three different packages were run during the test, as NASCAR and the teams focused on spoilers, splitters and ride heights in an effort to further evolve the competition package on the Gen-6 race car. "Our objective is to shake down some potential changes for the 2014 season," said Gene Stefanyshyn, NASCAR vice president of innovation and racing development.

"We will be doing this on an ongoing basis, with an eye to continue to improve our product on the track. It is really an exercise in continuous improvement. Our focus today is all around the area of aerodynamics," said Stefanyshyn. "We have seven changes and have been bundling three different configurations all with an eye to work on the aerodynamics of the car. We took everybody's ideas, put them together and came up with these configurations for the test. They are our ideas as an industry on how we can improve the product on the track."

After a successful 2013 season with the new Gen-6 car, the attention shifts to refining the competition package.

"As everyone knows, we did an unbelievable amount of miles last year testing many different configurations," said Robin Pemberton, NASCAR vice president of competition. "Our goal was to hand the car off to the teams better than the one that they ended the 2012 season with. We feel like we achieved that goal; we feel like the cars performed well, the drivers like the way the car drives. From that standpoint, it was a successful year. & We will always continue to evaluate our competition and this is one of those programs that's coming together."

Two teams from each manufacturer participated in the test, offering insight and feedback on the various packages tested. #21-Trevor Bayne, #31-Jeff Burton, #11-Denny Hamlin, #2-Brad Keselowski, #1-Jamie McMurray and #55-Brett Moffitt all turned laps throughout the day. The data will be processed and brought back to the NASCAR Research and Development center where it will be analyzed and reviewed to help inform key decisions on future competition set ups

The Sprint Unlimited (Feb. 15) and two Daytona 500 qualifying races (both on Feb. 20) will take place before the season officially gets underway. The NASCAR Sprint All-Star Race at Charlotte Motor Speedway will take place on May 17, broadcast on FOX Sports 1.

"This season has delivered plenty of drama and excitement, and we're anticipating even more for our fans in 2014 now that the Gen-6 car has competed at every track," said Steve O'Donnell, senior vice president of racing operations.

The season will open with the 56th running of the Daytona 500 live on FOX on Feb. 23 before moving west to Phoenix International Raceway (March 2) and Las Vegas Motor Speedway (March 9). Four tracks will undergo spring date changes: Texas Motor Speedway will hold its event one week earlier and move from Saturday to Sunday (April 6). Darlington Raceway will feature its race on April 12. Kansas Speedway will hold its first NASCAR Sprint Cup Saturday night race, with its event shifting to May 10, while Martinsville Speedway will host the series on March 30, a week earlier than in 2013. For the fourth consecutive season, the Chase for the NASCAR Sprint Cup will start at Chicagoland Speedway (Sept. 14) and conclude live on ESPN on Nov. 16 at Homestead-Miami Speedway.

FORD GETS A NOSE JOB.

Ford teams will debut a slightly new look on the front next season, as the inset below the grille area will be pulled out to make it flush with the rest of the front end. The move, which has already been approved by NASCAR, is expected to lessen the problem of removing debris from the grille area. Ford officials briefed both Toyota and Chevrolet before making a formal request to NASCAR. The three brands are the only three fielding entries in NASCAR at this time.

Before the October 12th Bank of America 500 at Charlotte Motor Speedway, crew chief and engine builder Waddell Wilson received the 2013 Smokey Yunick Award in recognition of his achievements in NASCAR racing. Established in 1997 by legendary car owner and mechanic Henry Smokey Yunick, four years before his death, the annual award recognizes an individual who has risen from humble beginnings to make a major impact on the motorsports industry.

Wilsons engines propelled drivers to more than 100 NASCAR Sprint Cup Series victories, but the win he remembers most fondly was Buddy Baker's triumph in the 1980 Daytona 500. Commenting on the engine Baker won the Daytona 500 with, Wilson said: "I remember building that engine five times and working week after week on that body and the rolling resistance. That was probably the most perfect race car I was ever involved with. Back then, we didn't have all the templates they have today. There were areas you could work in. I studied everything I could about that race car. Everybody always said it was the engine. Yeah, it had a lot of horsepower, but that wasn't the only thing about that race car.