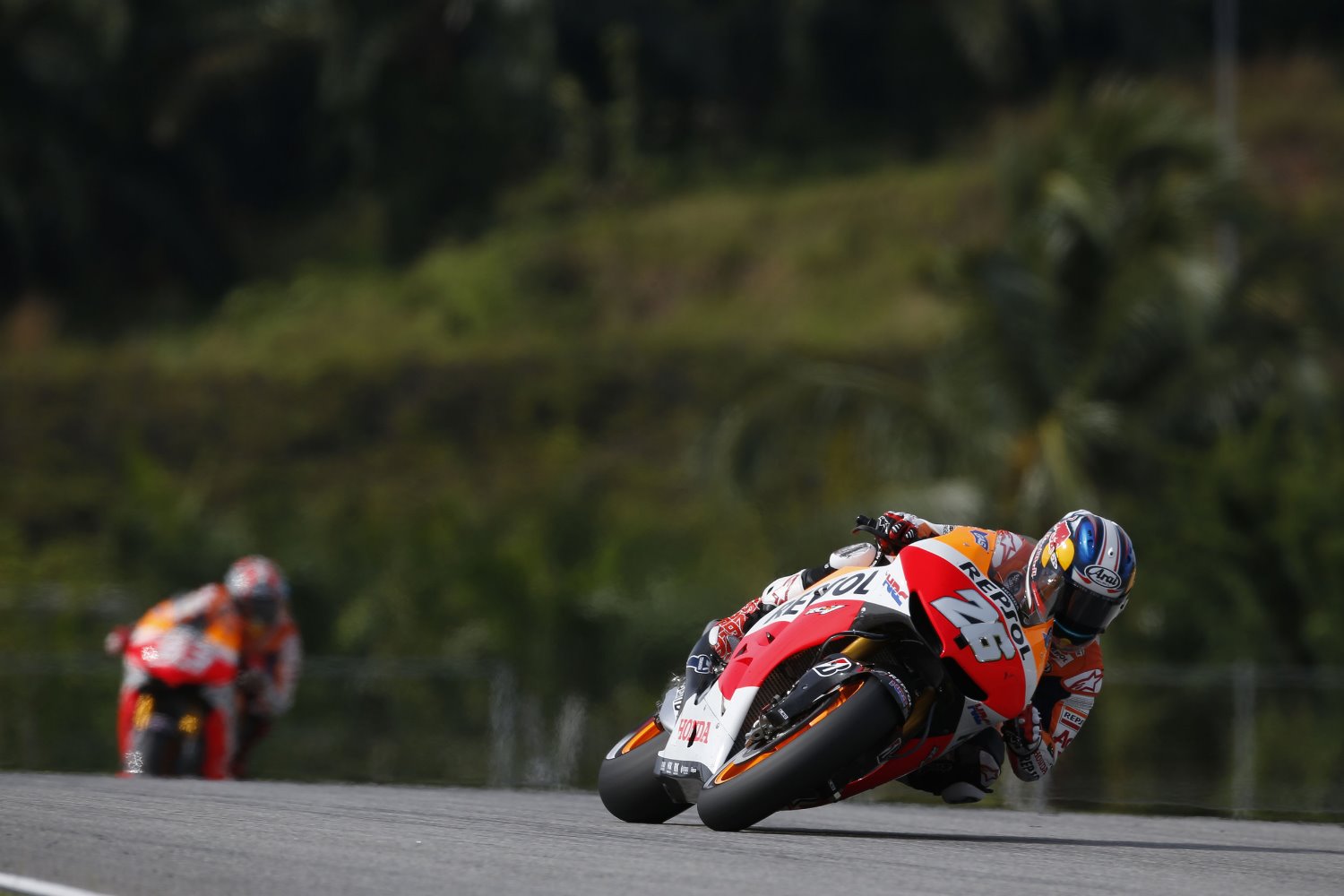 With four races to go in 2013, Sepang marked the first event of a triple-header which next weekend takes the MotoGP fraternity to Australia, before racing in Japan on the final weekend of the month. Saturday saw Marquez storm to a fourth consecutive pole position as the newcomer attempted to edge ever closer to an historic title win.

Pedrosa’s victory came as his first for almost five months, having not stood atop the podium since Le Mans in mid-May. He narrowly missed out on taking the lead as Lorenzo swept through at the start, but overhauled the Mallorcan at the end of the first lap. As Lorenzo became involved in an intense battle with Marquez, who finally made the move stick at Turn 14 with just over 11 laps to go, Pedrosa extended his advantage to pick up a second successive victory on the outskirts of Kuala Lumpur.

The result means all three of the rostrum finishers retain mathematical possibilities of clinching the World Championship, although Marquez is the only rider who could claim the title at Phillip Island next weekend. Should he do so, the 20-year-old Catalan would become the first rookie premier class title winner for 35 years.

Outside of the top three at Sepang, multiple winner Valentino Rossi (Yamaha Factory Racing) experienced a somewhat lonely ride to fourth spot as Alvaro Bautista (GO&FUN Honda Gresini) came out on top in a battle with Cal Crutchlow (Monster Yamaha Tech3); the Spaniard now moves up to sixth place in the Riders’ Championship, ahead of LCR Honda MotoGP’s Stefan Bradl who was forced to miss the race because of a broken ankle. Tech3’s Bradley Smith and Ducati Team’s Andrea Dovizioso were seventh and eighth, ahead of lead CRT runner Aleix Espargaro (Power Electronics Aspar) and Yonny Hernandez (Ignite Pramac Racing).

Round 16 of 18, the Tissot Australian Grand Prix, will take place next weekend as Marc Marquez attempts to become the youngest ever MotoGP World Champion.