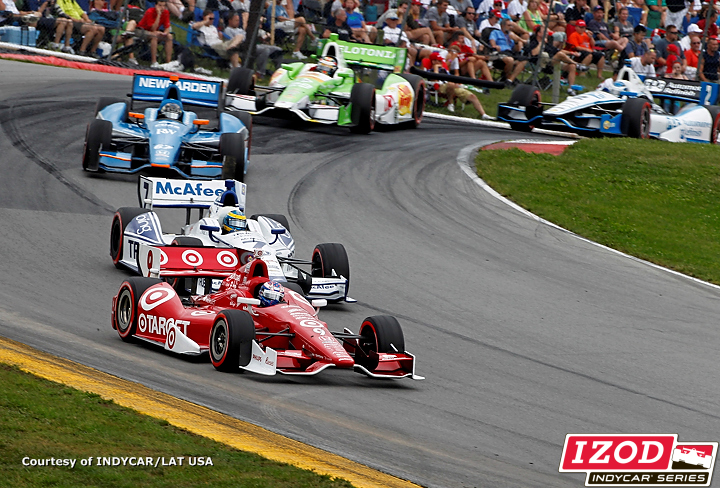 I love the idea of adding a road race for Indycars at the Indianapolis Motor Speedway. What worries me are the reasons for doing it.

In this afternoon's press conference at IMS introducing the new Grand Prix of Indianapolis, Hulman & Co. CEO Mark Miles asked, “What if we could jump start May? Ignite May in a way that brings more people out here?"

“That was the premise. We did a lot of work on it, and we concluded that we ought to concentrate on the weekends. If you think about opening weekend this year… I just had this nagging feeling we can do more. We can give more people a more compelling reason to be here."

Miles' statement makes several valid points. A) May needs to be ignited. B) The weekends are the weakest point. C) People have no compelling reason to be there.

Tracing the chronology of the problem is easy. When we had interesting cars, big fields and bump days with bumping, people showed up. Now they don't. What to do?

Don't get me wrong. I love the concerts and the Community Day and I go to every Freedom 100. All this stuff (okay, not the “Fast Nine" thing) is really cool and brings enjoyment to the event. But you can add stuff until pigs fly over the frozen Sahara and solve nothing because the core issues that created the problem remain untouched.

When all is said and done, we're still left with underpowered spec cars which still give us artificially bloated operating expenses for teams which still leaves us with small fields which still produce no bumping.

Tony Kanaan spoke a little later and tried to toe the party line. “We haven't changed the tradition," Kanaan claimed. “Opening Day is still Sunday. It's still going to be the whole month of May of the '500.' The only difference is we have a good race on Saturday, and I'm excited about that."

Beg to differ, Tony, but we don't have the whole month of May anymore and we've done nothing but change tradition for many years now. IndyCar messed with the cake and the new recipe didn't taste as good. Rather than go back to the original cake, their answer is to keep adding more icing.

Let me emphasize that I absolutely LOVE the idea of the Grand Prix of Indianapolis and I'm all for making new traditions. But Miles started today's press conference by identifying three specific problems – May needs to be ignited, the weekends are the weakest point, and people have no compelling reason to be there.

Will the new grand prix be fun? Heck, yeah. Is it a great idea? Sure it is. Is it the long-term answer to the problems that Miles observed? Nope.

The answers are much simpler. Return to an open chassis and engine formula. Restore qualifying and the full month of May. Reduce downforce and make drivers drive again.

The problems Miles spoke of are not scheduling problems. They are not entertainment issues. They won't be solved with a bigger carnival or a new race or a hotter band.

The IndyCar series has a car problem. Solve that and you won't need a road race.