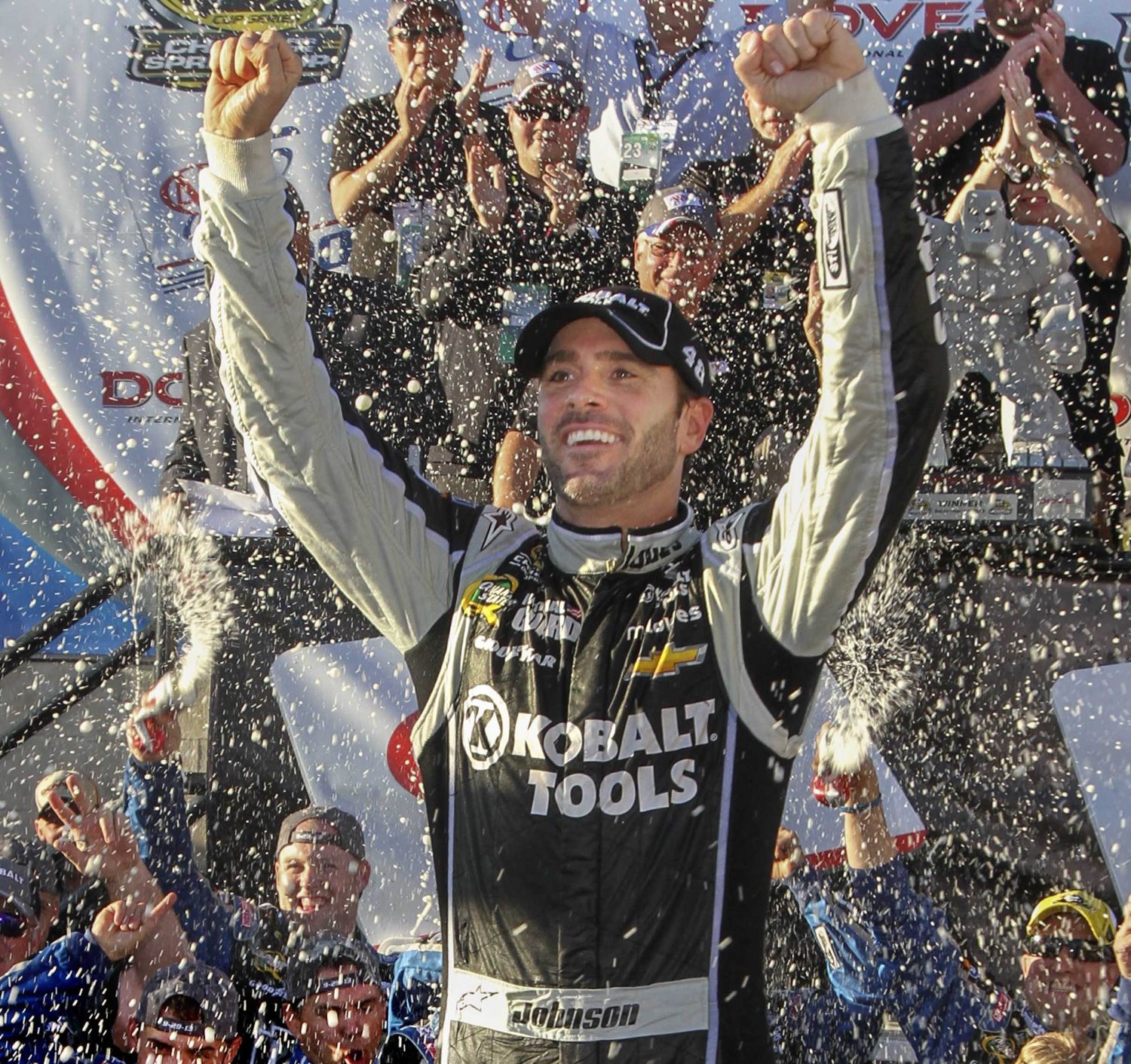 There are only two races remaining to determine which driver gets to take that beautiful 2013 NASCAR Sprint Cup trophy home. There are only two drivers in the running for that championship. Following his dominating performance last Sunday, at the Texas Motor Speedway, Jimmie Johnson carved out a slim seven point advantage over season rival Matt Kenseth.

However, Sunday's Advocare 500 (k) at the Phoenix International Raceway could very likely become the pivotal event that will create the final showdown at the Homestead-Miami Speedway in Florida. That theory is strongly supported by the Phoenix numbers generated by both drivers.

IN HONOR OF OUR MEN AND WOMEN SERVING IN THE ARMED FORCES.

In honor of Veteran's Day, Ryan Newman's #39 Quicken Loans Chevy for Phoenix will feature photographs of over 120 U.S. military veterans. The photos were compiled by the Iraq and Afghanistan Veterans of America .

Bobby Labonte and JTG Daugherty Racing's #47 Toyota will carry a special Clorox / Wounded Warrior Project scheme at Phoenix. "I think Wounded Warrior Project is a great organization and we are grateful to have them on our Toyota and help raise more awareness, Labonte said adding "It is a great program to help out young men and women that fight for our freedom in a battle where things happen and their lives are changed forever. It is good to have someone to help them through the tough times."

Veteran driver Bobby Labonte will finish his tenure with JTG Daugherty Racing this Sunday at Phoenix. New, 2014, driver A J Allmendinger will finish the season for the team at Homestead-Miami Speedway. Last week, Labonte commented on life with JTG Daugherty saying: "The last two years the team went out on their own, (following a technical alliance with Michael Waltrip Racing.) It was without support from being a part of a big organization and that has been tough. The choice they made to go out on their own I supported. They needed to go in that direction. The battle was still to get the team in position to go forward. We went through the trenches together to get there. At the end of the day, I was a part of the puzzle where I got to help put the pieces together where the puzzle did not fall apart. I always woke up every day and put my best foot forward."

"It has been a pleasure to have Bobby in our car the past few seasons," JTG Daugherty Racing co-owner Brad Daugherty said recently. "He is a true champion and a Hall of Famer. He is a tremendous racecar driver and person. We have leaned on him heavily, as well as, TRD (Toyota Racing Development) in testing parts and pieces. He has been a constant professional and we appreciate him and everything he has done for us."

Regarding his driving future in the NASCAR Sprint Cup Series, Labonte made it clear this past September that he's not ready to hang up the helmet yet and said "if you enjoy what you're doing and you're able to do it, that's what you want. Regarding the possibility of taking a position in the sport outside of driving, he said "racing is plan A, we'll worry about plan B is plan A doesn't work."
A MILESTONE FOR JEFF BURTON.

Jeff Burton, driver of the #31 @CATMining Chevy, will make his 1,000th-career NASCAR start when the Sprint Cup Series heads to Phoenix International Raceway on Sunday, Nov. 10, 2013. During a NASCAR career spanning more than 25 years, Burton has amassed 48 wins including victories in the Southern 500 at Darlington Raceway and the Coca-Cola 600 at Charlotte Motor Speedway. The South Boston, Va., native has earned more than 250 top-five and 400 top-10 finishes, was named the 1994 Sprint Cup Series "Rookie of the Year" and co-piloted the #29 Richard Childress Racing Chevrolet to the 2007 NASCAR Nationwide Series owner's championship. "It's hard for me to imagine that I have driven in 1,000 NASCAR races," said Burton. "I've been lucky and blessed to have family and friends that have given me all this support. I also have good relationships with everyone that I've worked with over the years to show for it, which is most important to me."