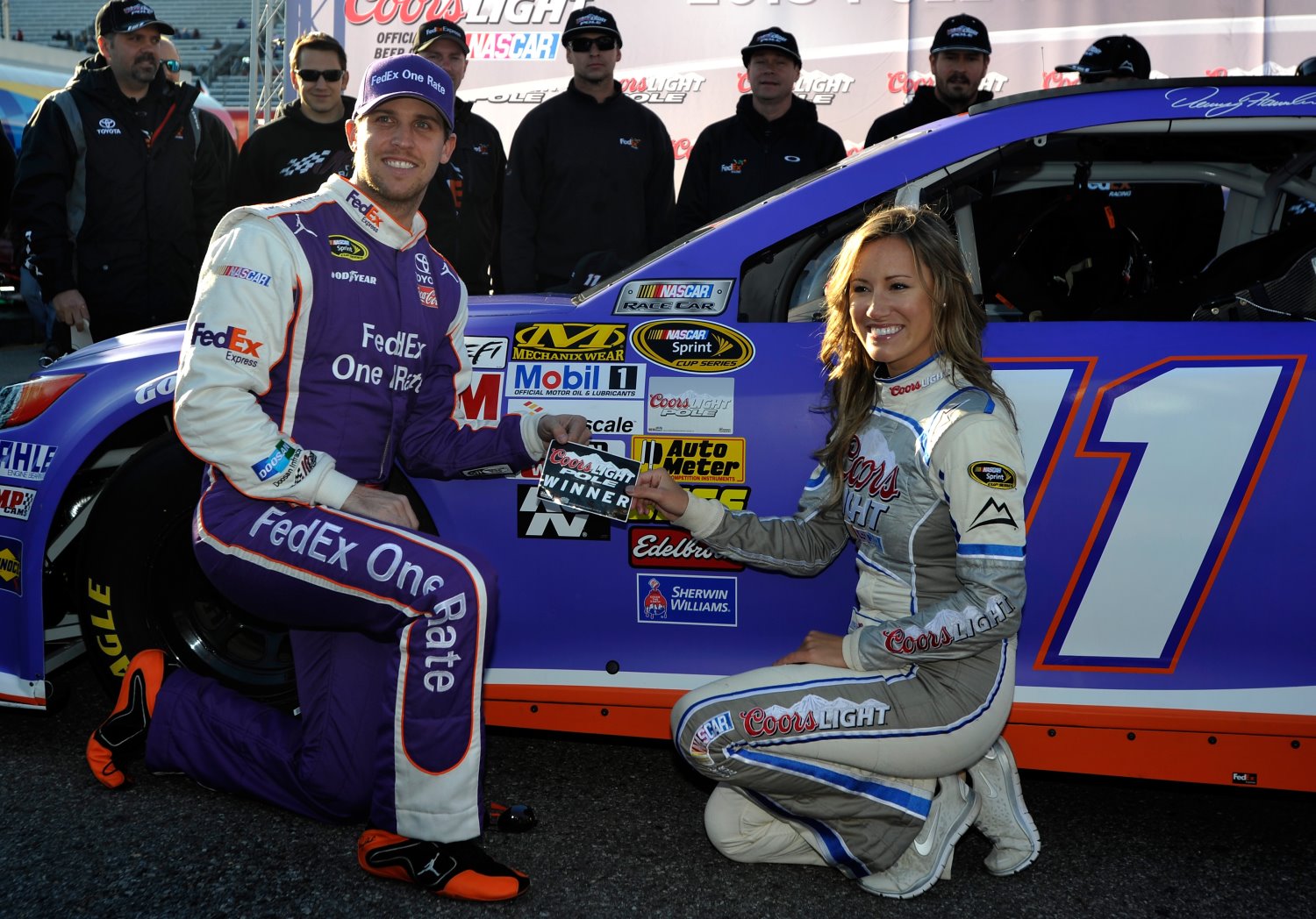 Hamlin posted a speed of 99.595 mph, which is a track record. It's the 18th time this year a Generation-6 car has posted a new track qualifying record. Jimmie Johnson had set the previous mark in the spring with a speed of 98.400 mph.

For Hamlin, it is his third career pole at Martinsville, his fifth of the season and the 17th of his career.

Joining Hamlin on the front row is Johnson, who had a speed of 99.344 mph. Johnson has eight career wins at Martinsville.

Clint Bowyer, who had the fastest time in Friday's practice session, rounded out the top five.

The Goody's Headache Relief Shot 500 powered by Kroger is on Sunday at 1:30 p.m. ET. It will be televised on ESPN.