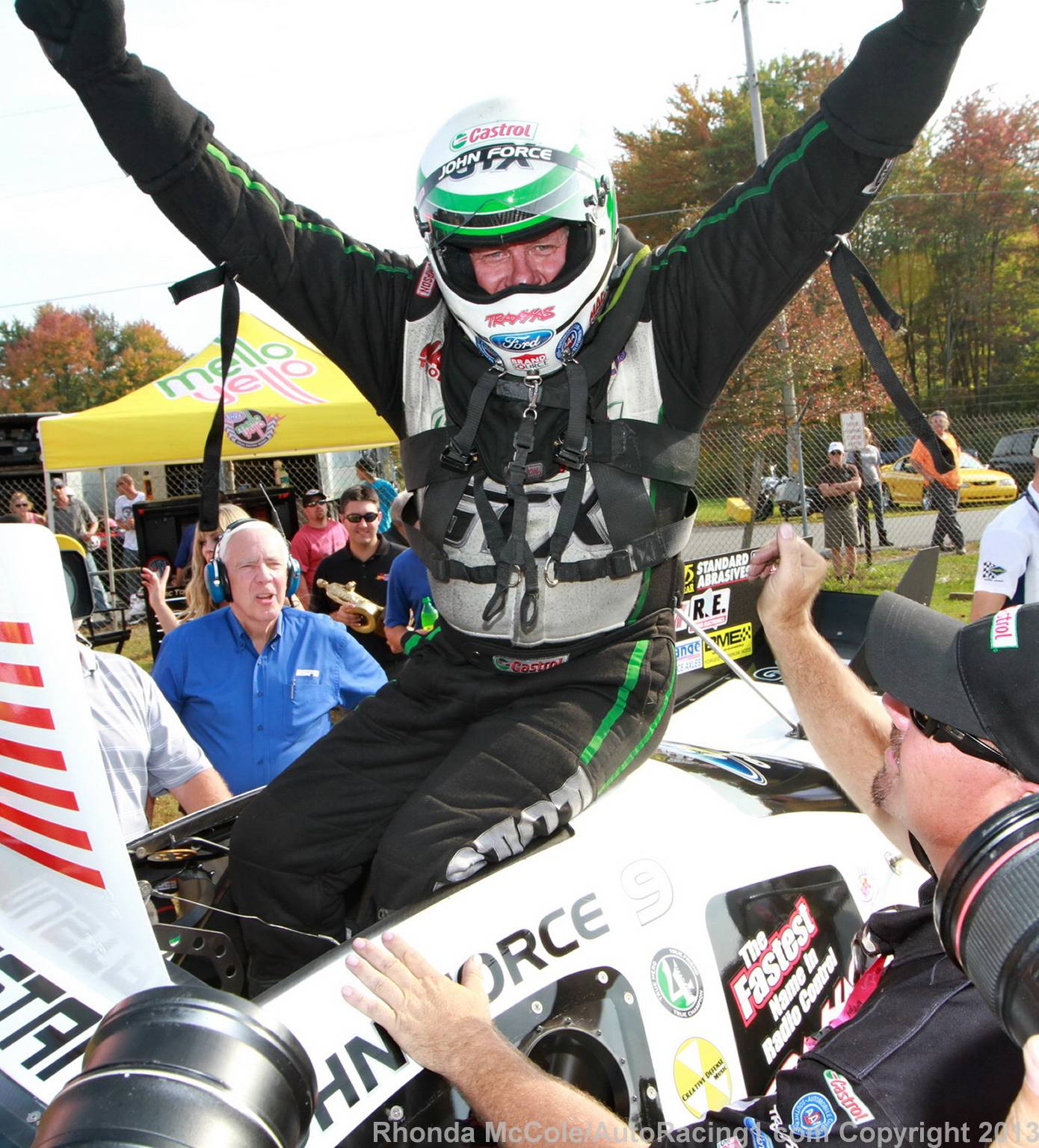 15-time Funny Car champion John Force kept up his winning momentum with his 137th-career NHRA Mello Yello Drag Racing Series victory on Sunday to secure the top spot in the points standings as the Countdown to the Championship entered the home stretch at the 29th annual Auto-Plus NHRA Nationals at Maple Grove Raceway in Reading, PA.

Shawn Langdon took the victory in the Top Fuel division to stay atop the points standings, while Jeg Coughlin picked up a much-needed win to take over the points lead in Pro Stock. Matt Smith also scored a win to bolster his lead in the Pro Stock Motorcycle standings.

Just one week after his win last Sunday in St. Louis, Force backed it up by sweeping the weekend at Maple Grove, locking in the Top Qualifier spot and then taking down Jeff Arend, Cruz Pedregon and Ron Capps before moving on to his 223rd final round appearance to face rookie Chad Head.

Despite a Cinderella run by Head, he was no match for Force, who got out of the gate first and never trailed as Head spun the tires at the start. Force covered the distance in 4.106 at 313.37 mph to pick up his third win of the season and move out to a 65-point lead over Matt Hagan in the Funny Car points.

“You give credit where it’s due, and (crew chief) Jimmy Prock and this team is just great," Force said. “What I look at as most exciting is the teamwork with this group. To get this win meant a lot to me, but they all mean a lot. I’ve got a good hot rod right now.

“What we have right now is consistency. We had to beat good competition (Sunday). We stayed with our strategy and stayed with what we knew we could do."

In Top Fuel, Langdon bested defending series champion Antron Brown for his sixth win of the season and extend his points lead over Doug Kalitta, who fell to Langdon in the semi-finals.

Langdon came into the finals as the second qualifier and won out over Leah Pruett and Bob Vandergriff before facing Kalitta to move on to his ninth final round of the season and just his second-career final-round matchup versus Brown, who was making his second-straight final round start looking to make it two wins in a row.

In the final, Brown got a slight edge at the start but Langdon pulled ahead before they cleared the starting line, pulling out to a run of 3.779 at 323.81 mph over Brown’s 3.806, 322.04 to collect his seventh career victory.

“We had a little bit of luck and you need that on Sundays," Langdon said. “Going into the semifinals, that was a huge pressure situation. As a driver, I’m just trying to calm myself down. This Al-Anabi team knows how to win championships and I’m just trying to do the best I can. My mentality is just don’t mess anything up."

“We have a good grasp on things, but there’s two races left and anything can happen. The competition level is so tough right now so you can’t take anything for granted."

The Pro Stock points lead changed hands as Jeg Coughlin bested defending series champion Allen Johnson on a holeshot for his fourth victory of the year and pass Mike Edwards to take over the lead in the championship standings.

Coughlin, the fourth-place qualifier, defeated Larry Morgan, Shane Gray and top qualifier Jason Line to reach the finals for the eighth time this season, facing Allen Johnson, who hadn’t made it past the second round since July 28th at Sonoma.

The win gave Coughlin a 45-point edge over Mike Edwards and a 48-point lead over third-place Jason Line with just two races remaining.

“To come out with the points lead certainly feels fantastic, but we’ve got a lot of racing left," said Coughlin. “We’d love to say this thing is all but over, but there’s a lot of racing left and we’re looking forward to it. To get that win in such a huge final round, that was big for us."

Pro Stock Motorcycle points leader Matt Smith added to his cushion in the standings with a wire to wire victory over defending series champ Eddie Krawiec.

Smith slid into his seventh final-round of season after picking up red-light wins over Chaz Kennedy and teammate John Hall in the first two round, then eliminating top qualifier Michael Ray to face Krawiec in the money round, where he went wire to wire with a run of 6.936 at 193.32 mph over Krawiec’s 6.935, 190.43.

The win was the 16th of his career for Smith, pushing his points lead to 125 over Hector Arana, Jr., who red-lighted in the second-round.

“I can’t say enough about our crew," Smith said. “We hurt our good motor (Saturday), but things worked out for us. All in all, we beat big competitors in the semifinals and finals, extended our points lead and I’m really happy right now."

“This thing’s not over yet. I’m still looking at every round as just 20 points. But we’ll be strong, I guarantee you, in Vegas."

Two races remain in the Countdown for the Championship with the series taking two weeks off before moving on to Las Vegas on Oct.27, followed by the season-finale at Pomona on Nov. 10.