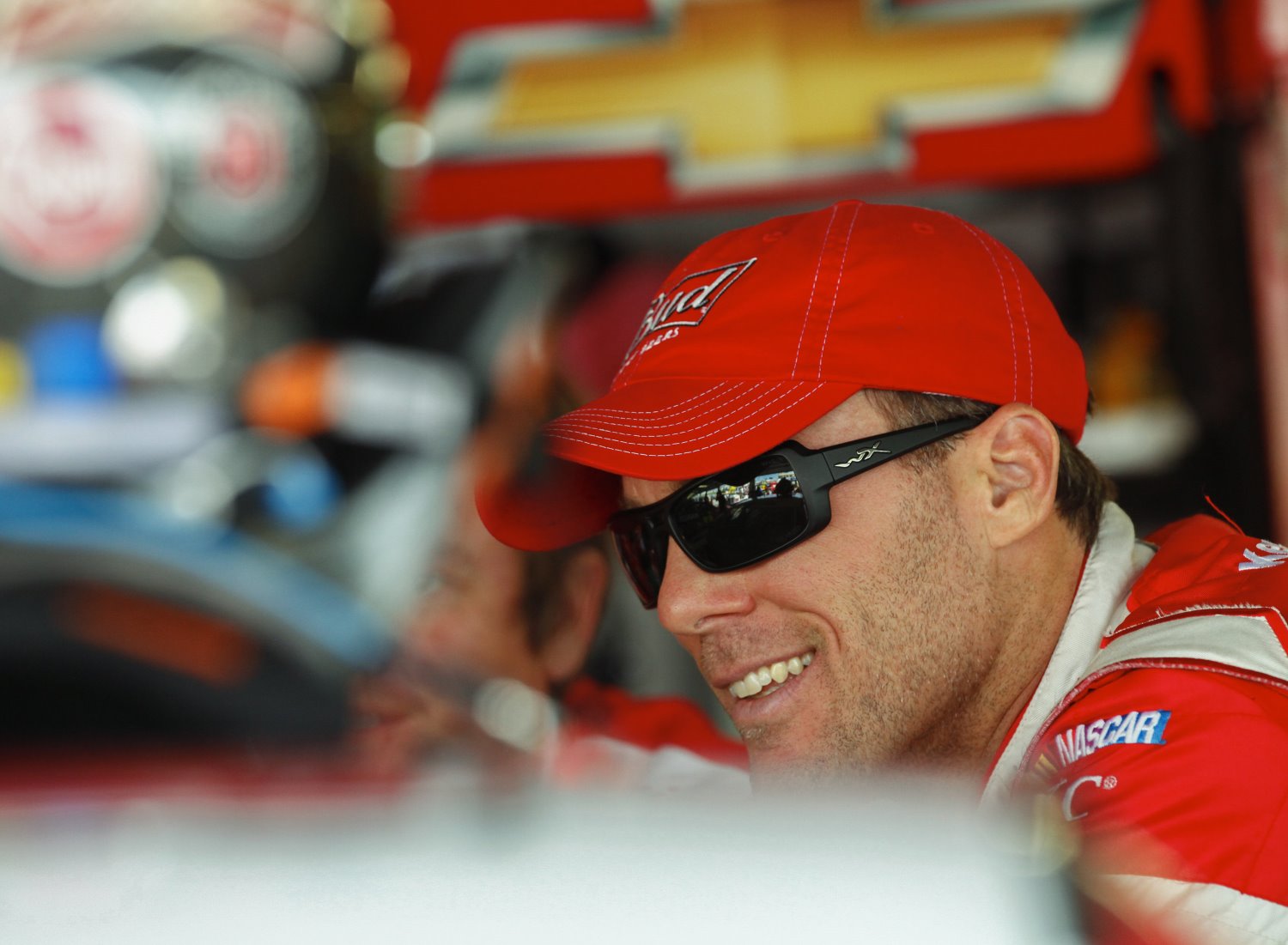 Kevin Harvick won the Hollywood Casino 400 from the pole on Sunday at Kansas Speedway in a race that featured a record number of cautions and tightened up the Chase for the NASCAR Sprint Cup.

Harvick's 22nd victory in the NASCAR Sprint Cup Series brought him to within 25 points of Matt Kenseth in the Chase standings. Jimmie Johnson, who finished sixth, shaved his deficit to Kenseth from eight points to three.

For Kyle Busch the day was not as kind. On Lap 200 Busch got loose in Turn 2 and contacted hard with the outside wall, doing major front-end damage to the No. 18 Joe Gibbs Racing Toyota. Brian Vickers also sustained damage in the accident, but it was Busch, whose controversial move drew the ire of Brad Keselowski a day earlier in the NASCAR Nationwide Series race, who took the biggest hit.

Busch, who had to go to a backup car after a wreck in a Saturday practice session, exited the race with his historic troubles at Kansas in tow. He entered Sunday in third place in the Chase but ended it in fifth place, 35 points back and will have to avoid major trouble the rest of the way in order to contend.

It was a day when many Chase contenders were trying to overcome mistakes and/or misfortune. Within the first 100 laps both Johnson and Harvick pitted just before cautions, an unlucky play that forced them to battle from deep in the field afterward. Meanwhile, Kenseth was hit with a pit road speeding penalty on Lap 140 that forced him back to 31st on a restart.

The race featured a track-record 15 cautions, including a four-car accident on the opening lap that involved Danica Patrick, Kyle Busch, Cole Whitt and David Reutimann. Patrick hit hard into the outer wall in Turn 2 and her car was too damaged for her to continue.

Another big wreck happened on Lap 136 when the No. 51 of Justin Allgaier contacted hard with Ryan Newman's No. 39 on the backstretch of the 1.5-mile track. Allgaier's machine was too damaged for him to continue. Newman took his vehicle to the garage. Newman entered Sunday in seventh place in the Chase standings but dropped to 12th.

There was even a caution on Lap 155 for a small fire on the hill above Turn 1 that popped up in some bushes near a spectator area. The fire was quickly extinguished and nobody appeared to be injured.

The NASCAR Sprint Cup Series resumes at 7:30 p.m. ET on Saturday at Charlotte Motor Speedway for the Bank of America 500.