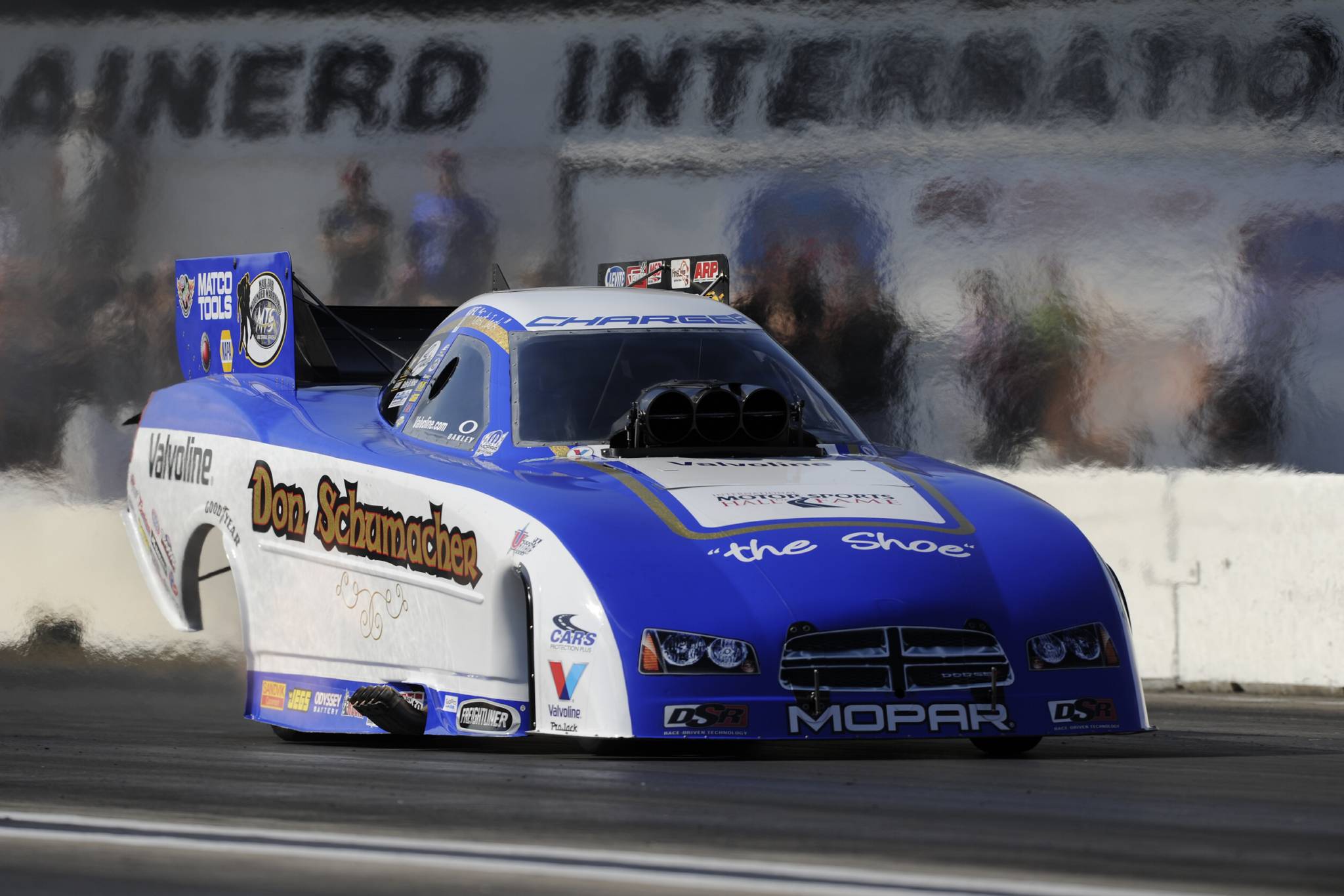 Beckman, driving a new Don Schumacher Hall of Fame Tribute Dodge Charger, earned his second straight No. 1 qualifying position of the 2013 season with a pass of 4.038 seconds at 313.37 mph. Beckman has two career runner-up finishes at the track but has yet to win there and is also looking for his first victory this season. He will race Bob Bode in the first round of eliminations Sunday.

"We’ve got a brand new car that only has four runs on it and two of them were low E.T. of the session," Beckman said. “There is no guarantee [of success] when you qualify No. 1. Theoretically, you stack the odds a little bit in your favor. Other than that, it is just bragging rights.

“These guys went back after Seattle and put together a completely new chassis, we’ve got the old school body on it and I love the mix. I like the way it is running and I like our chances."

“The car has been really good all weekend and has been down the track every single lap in qualifying," said Millican, who is seeking his first NHRA win. “This car is so solid right now, it is crazy. I said something about this yesterday, but had I been able to keep the car straighter on the .77 it might have gone a .76. We continued to work on a few things with the chassis with the two runs today and it went nice and straight, and that car is rolling right now."

Top Fuel points leader Shawn Langdon qualified fourth with his run of 3.797 at 322.88 and will face Bob Vandergriff Jr. in the first round. Spencer Massey qualified second and will face rookie Brittany Force.

V Gaines and Erica Enders-Stevens also both earned positions into the Countdown to the Championship by qualifying Saturday, leaving only one spot remaining in Pro Stock.