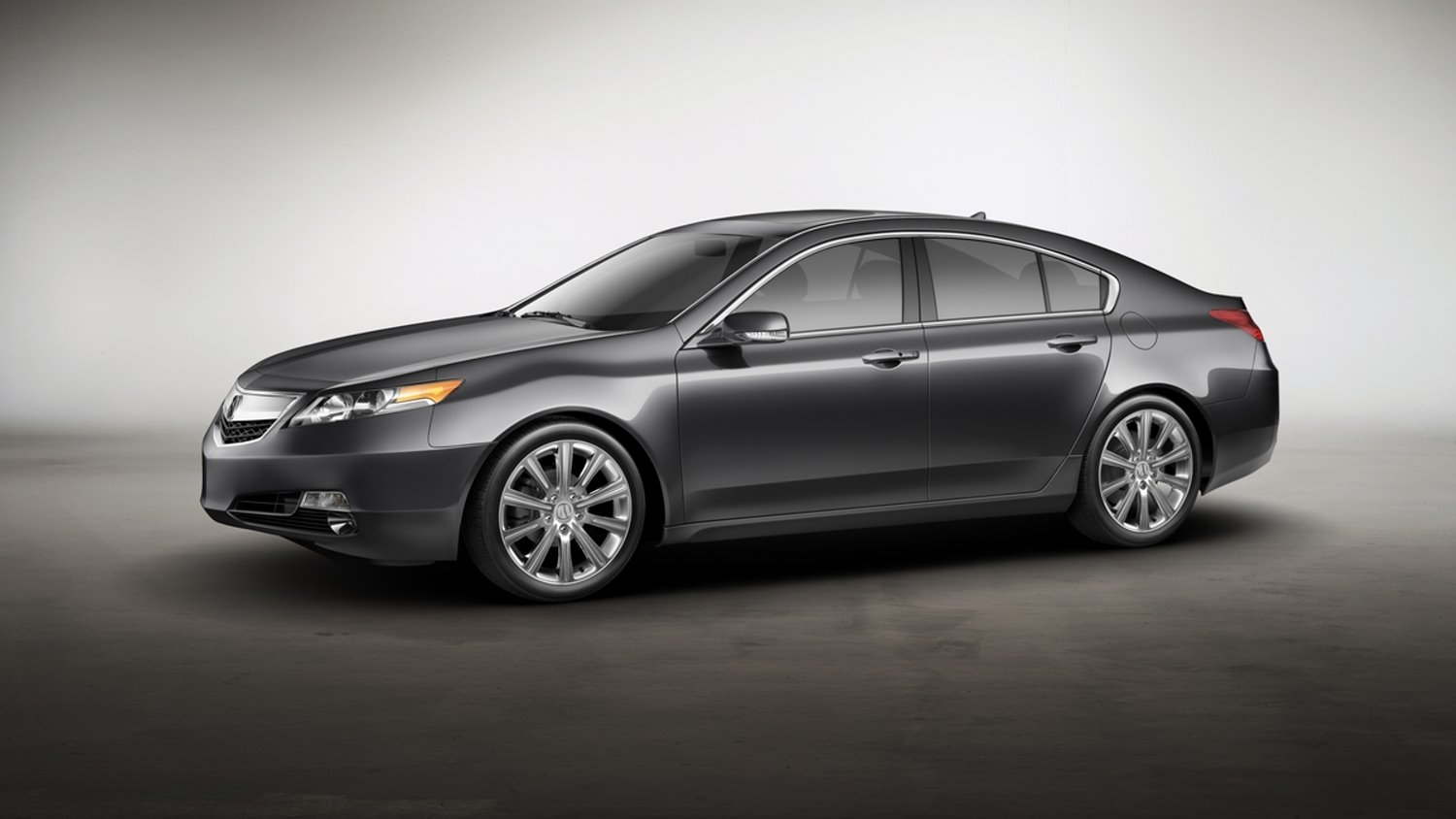 Acura’s TL was introduced years ago as a mid level luxury car. In 2004, the second generation TL appeared and this time there was some heavy duty hardware to make the car a genuine sports sedan. That car did very well in sales but fell a little short of being a true sports sedan. For 2009, the TL was redesigned and received the usual more power and bigger dimensions. The exterior styling became bold and was not universally appealing. A new TL should appear soon but for now the TL receives a freshened up exterior to answer some of the critics.

The TL is available in two versions, front Wheel Drive (FWD) and SH-AWD. The SH-AWD is the sporty version that hopes to get people who complained about the 2004 TL being FWD in the showroom. The true sports sedans in this segment are rear wheel drive and with Acura’s fantastic AWD system in their parts bin, why not use it. One of the best things about Acura is that there are true enthusiasts in the company who kept asking Japan for a manual transmission for the TL. Even though, it has always represented a small portion of sales, the manual transmission really separates the true sports sedan from the pretenders. The manual transmission is only available on the SH-AWD model. Unfortunately, while we managed to get our hands on the SH-AWD model, our test car was fitted with the automatic transmission.

When you first walk up to the TL what you notice is that this is a big car. The TL is 194 inches long which is getting pretty close to some big trucks. The second thing you will notice is that Acura designers are listening. While the 2009 version’s styling was busy and a mess in some people’s opinion, the new car has been cleaned up. The controversial Acura grill still remains but it has been toned down.

Once you have made it inside the TL, you will find that this is a very nice car to be in. The interior materials used are first rate and the colors and materials are very pleasing to the eye. The seats are very supportive and comfortable and the dash layout is very easy to read the gauges. The only problem is with the center stack that has too many buttons and gets some getting used to. The TL’s German competitors also use tons of buttons but at least in the TL’s case, the logic of the buttons makes sense. The logic really helps get one used to the buttons and after a few days you know what does what. On that first drive though, keep your eyes on the road.

That center stack houses a very good navigation system on our Technology Package model. We are sorry to see Acura move toward the big joystick to control everything over the previous touch screen system which was much nicer. The Technology Package also includes a Surround Sound DVD audio system that makes fantastic sounds. The only problem is that to really enjoy the system, you need to play Surround Sound music on DVDs. I don’t know anyone that has that but when using Acura’s demo disc, the system will make you smile.

The TL is powered by a 3.5 liter SOHC V6 aluminum engine that pumps out 280 hp @ 6200 rpm. The SH-AWD model gets the 3.7 liter version which makes 305 hp @ 6300 rpm. The engine uses the latest trickery to get the most power and efficiency out of those 3.7 liters. This includes direct injection, Honda’s famous VTEC, dual stage intake manifold, cold air induction, 11.2:1 compression ratio, and a host of others. The 3.7-liter engine has the same VTEC intake valve control system as the 3.5-liter engine, but adds a unique multi-arm VTEC rocker arm system for the exhaust valves. Both exhaust valves follow a single low-lift, short-duration cam profile at low engine rpm. As engine rpm rise, pressurized oil (controlled by the computer) activates small pistons that lock the exhaust valve rocker to a corresponding high-speed rocker arm, which then follows a single high-lift, long-duration cam lobe. On the 3.7-liter engine, the transition to high-lift mode occurs at 4,700 rpm, where intake valve lift increases 28-percent and exhaust valve lift increases 10-percent. Valve opening duration increases 35-percent on the intake side and 11-percent on the exhaust side, increasing valve overlap by 47-percent over the intake-only VTEC system on the 3.5 liter engine. The 3.7L V-6’s VTEC system provides further improved power and torque, even lower emissions and better fuel efficiency. The engine requires the use of premium fuel but it is strong and smooth at all times. The EPA rates the TL at 18 mpg in the city and 26 mpg on the highway and we managed to get about 22 mpg in mixed driving.

While the standard TL is built more for comfort rather than speed, the SH-AWD model is different. The double wishbone independent front suspension is performance tuned and the car is much firmer than the standard car. Order the manual transmission and you get even more aggressive chassis tuning. The front dampers incorporate 5-percent more compression damping to generate improved turn-in feel. In addition, the front dampers generate 14-percent less high speed compression damping which helps improve ride quality. The manual transmission SH-AWD also employs firmer engine and transmission bushings that better resist engine and/or transmission movement during spirited driving. Engine side mount bushing stiffness increases by 80-percent, front mount rate increases by 17-percent, rear hydro mount firmness increases by 50-percent and the transmission upper mount is stiffened by 100-percent. Our automatic model did not have those features but was still a blast to drive.

The SH-AWD system distributes the power incredibly well. There is none of the typical AWD understeer. You can get on the power early and hard and the TL never gets out of shape. The car is very easy to drive fast and the 245/40-19 performance tires on our car gripped very well. Real performance drivers will want the manual transmission model with its higher performance tuning but the automatic’s suspension is a great balance of handling and comfort.

The TL is actually geared at a great price point. Base price for the TL is $35,905 and unlike the German manufacturers that get you with a ton of options, Acura gives you only two options. There is a Technology Package that brings the price up to $39,635 and an Advance Package that brings it to $41,835. Order the SH-AWD and the price goes up to $39,455. Our test car with the Advance Package was $45,385. The Advance Package consists of the 19 inch wheels and tires, blind spot monitoring and ventilated seats. The manual transmission model will cost you $43,185, by the way and can only be had with the Technology package. If you want a performance sedan that can run with the big boys, there is a new player in town. The TL SH-AWD is a serious contender and is definitely worth checking out.