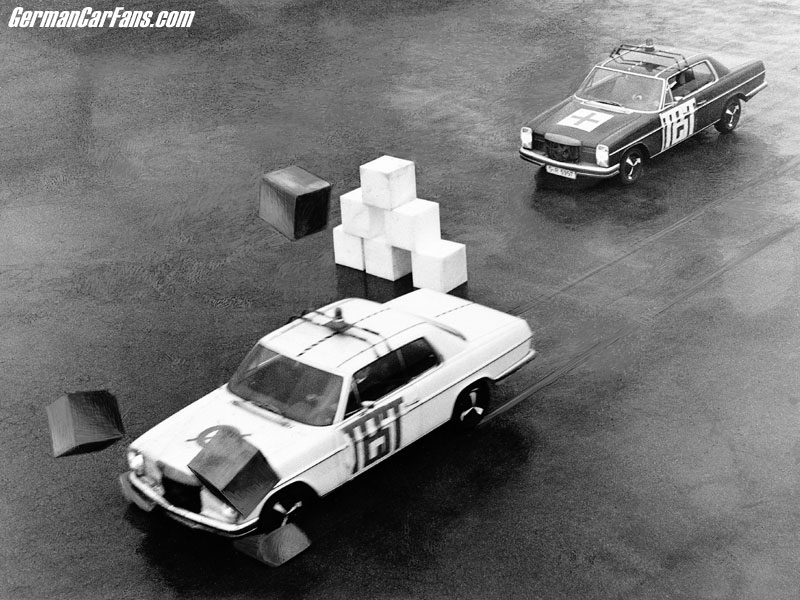 Nope. An ABS-equipped car cannot stop a single millimeter shorter than a non-ABS car. Read the fine print. ABS proponents create a statistical advantage by frequently comparing ABS to “locked braking," which is the act of smashing the brakes in a panic.

The shortest stopping distances are achieved by threshold braking, which is the act of applying as much braking power as possible without skidding the tires.

“But ABS computers are better at threshold braking, right?"

“Since the average driver is not necessarily that good, shouldn't ABS be mandated for everyone?"

Only if one desires to protect poor driving skills by mandating that those who seek to improve them risk unnecessary accidents.

“Well if it weren't for federal regulations, even lousy drivers wouldn't have ABS."

ABS brakes are nearly a century old. They were developed in the late 1920's by the Voisin corporation, a French aircraft manufacturer that built a series of successful bombing and reconnaissance machines for the Allies in World War I. The technology was transferred to cars in the late 1950's and was available at any Ford, Lincoln, General Motors or Datsun dealership by 1971, so they pre-date US regulatory agencies.

Also, ABS is not required by regulation on US passenger cars.

“Then why do all the manufacturers install it?"

Because A) the manufacturers have tried to increase sales by advertising it as a beneficial feature, and B) multiple court decisions have held car manufacturers liable simply because they did not install a known safety technology. In other words, if a safety gizmo exists and you don't put it on your cars, you can be successfully sued.

“So who benefits from the use of ABS?"

Drivers of marginal skill, or those who are likely to panic under stressful situations. These drivers may benefit by sacrificing stopping distance for the ability to retain steering control over their vehicle in an emergency situation. This assumes that such a driver will have the presence of mind to continue steering the car in an emergency.

“And who suffers from the use of ABS?"

Highly skilled or experienced drivers. Those who work to develop threshold braking abilities. The folks who deliberately practice for hazardous winter conditions by sliding their car around empty parking lots in the snow.

Many of these drivers would achieve shorter stopping distances without ABS and some accidents would be avoided.

Yes. Most systems have a fuse that can be removed, or your mechanic can cut and cap the power supply to the ABS system in minutes (warning – a dealership will probably not do it). This does not disable the brakes, which will continue to function normally. This only disables the ABS system's computerized control over the brakes. At the skid threshold, the brakes will now respond to your input rather than the computer's. An ABS malfunction light will appear on your dash.

“Do you recommend this?"

Not necessarily. Drivers of less experience or skill may be better served by leaving the ABS in place.

“So is ABS a good thing or a bad thing?"

So long as it is not forced upon drivers and we still have the ability to retain or disable the system at our discretion, it is a nice option to have available.