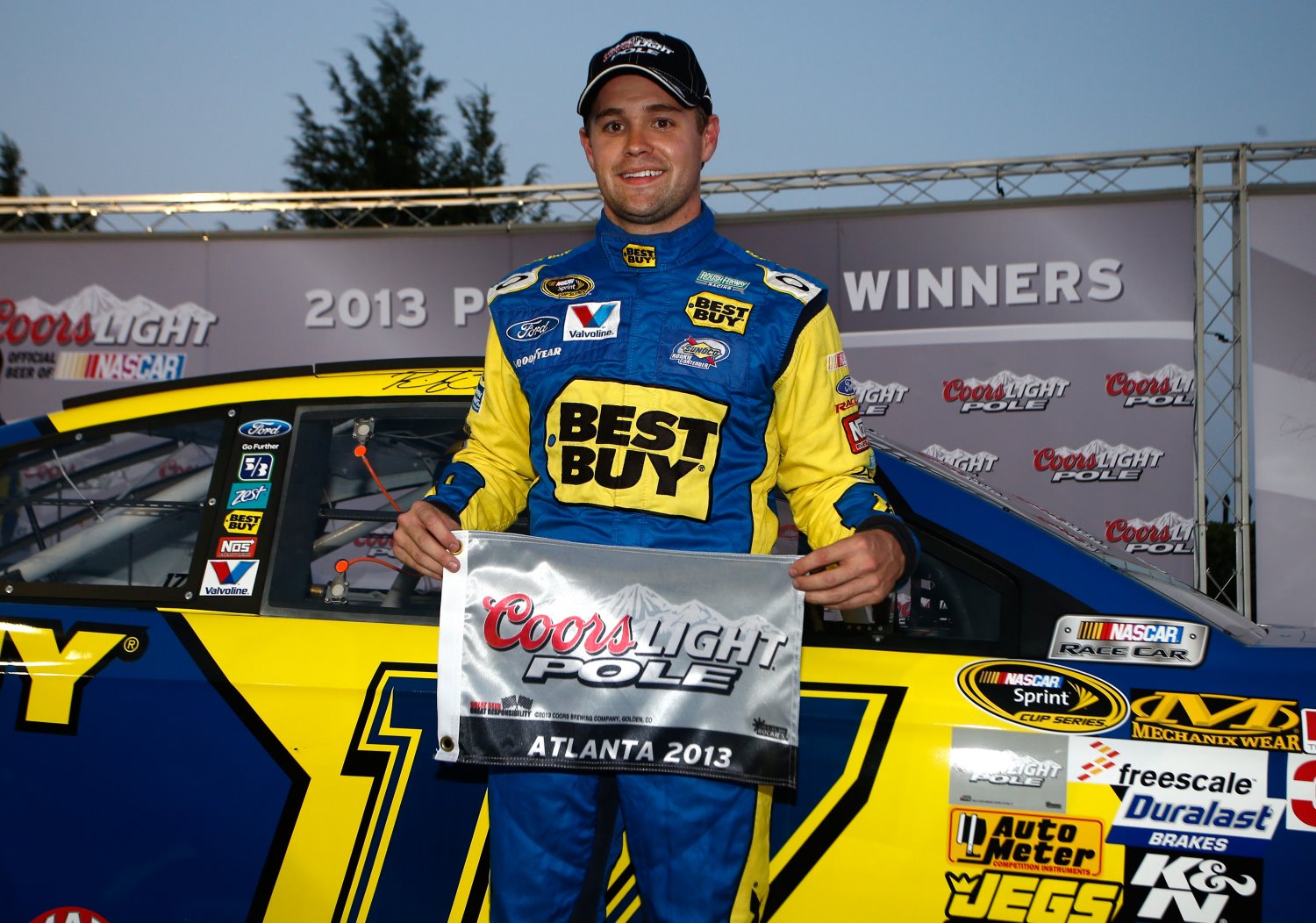 Poised to make his 30th start in NASCAR’s Sprint Cup Series, Ricky Stenhouse Jr. finally has his name in the record book.

Taking full advantage of a late draw, and running the bottom of the track where he had practiced, Stenhouse blitzed Friday’s time trials at Atlanta Motor Speedway with a pole-winning speed of 189.688 mph.

Navigating the 1.54-mile intermediate track in 29.227 seconds, Stenhouse knocked Roush Fenway Racing teammate Carl Edwards (189.021 mph) off the provisional pole for Sunday’s AdvoCare 500 (7:30 p.m. ET, ESPN), the 25th Cup race of the season and the next to last before the Chase field is set.

The Coors Light pole award was the first for Stenhouse, who has yet to record a top 10 in a Sprint Cup race. It was also something of a surprise for the driver of the No. 17 Ford, who was 23rd fastest in Friday’s practice and picked up more than four miles per hour over his fastest practice time.

"It’s finally good to get something accomplished this year," said Stenhouse, who is battling girlfriend Danica Patrick for rookie-of-the-year honors in the Cup series. "We have not gotten much accomplished of what we thought we should of the goals that we were setting out to get.

"I felt really good about our race car. We ran a lap at the end of practice on new tires, and looking at the guys that also made runs right there at the end (of practice), we stacked up right there with them… The draw was a huge benefit to us, and it’s good to finally get something accomplished. It was a lot of fun today, and hopefully we can run strong in the race."

Edwards was the 31st driver to make a qualifying attempt, and the driver of the No. 99 Ford ran the top of the track on his money lap, convinced that was the fastest way around. But Stenhouse, on the advice of team owner Jack Roush, stayed on the bottom lane, and that line paid off handsomely.

"And there he did it… I give Ricky a lot of credit for not changing his line after seeing how fast we were on top. That’s really tough to stick to your guns and stick to what you know. He did a great job."