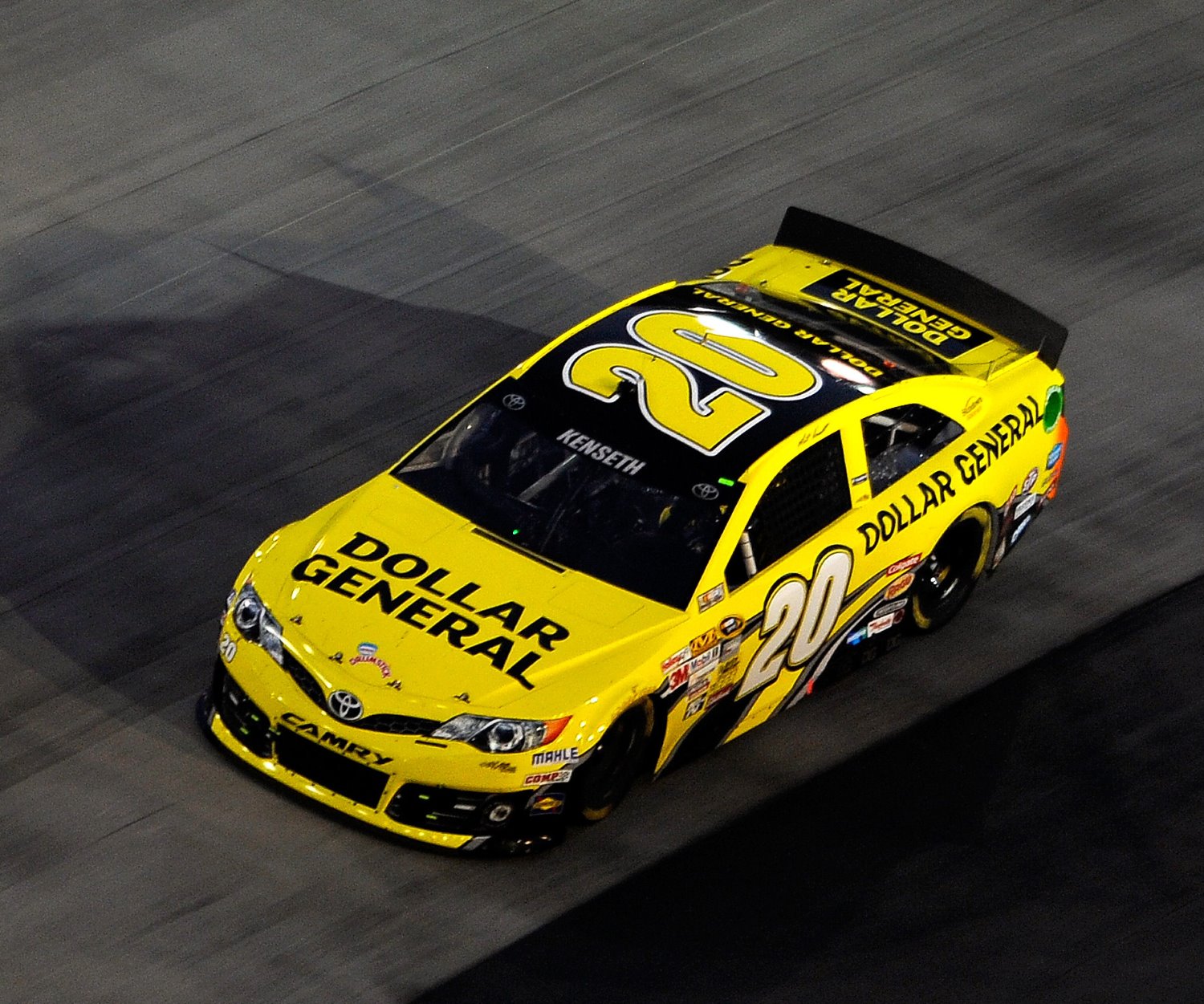 In another NASCAR feel-good story, many employees from Dollar General, headquartered in nearby Goodlettsville, TN got to see Matt Kenseth protect the high line in his Dollar General Toyota to hold off Kasey Kahne in another exciting Bristol, TN Sprint Cup finish.

In a race that saw 11 cautions and points leader Jimmie Johnson have another bad race, Kenseth, in getting his 5th win of the season, gave Dollar General good reason to remain as a big sponsor in NASCAR.

Juan Montoya was 3rd in the No. 42 Chevy while Brian Vickers and Joey Logano rounded out the top-5.

Kenseth's win came on a night when plenty was at stake in the standings with just a few chances left to qualify for the Chase for the NASCAR Sprint Cup.

At the end of the night, Jimmie Johnson's points lead had shrunk to 18, defending champion Brad Keselowski had fallen out of the Chase, and although they held Wild Card spots, Martin Truex Jr. and Ryan Newman both had three drivers in front of them in points who weren't qualified for the Chase based on wins.

Harvick parked in Hamlin's pit stall after the incident and after Hamlin bumped Harvick's car out of the way, Harvick came out to talk. Harvick seemed satisfied with Hamlin's explanation because the drivers shook hands briefly before breaking away.

Harvick and Truex Jr. weren't the only Chase contenders caught up in the drama that is Bristol. Carl Edwards' engine blew after a restart on Lap 379, ending his night. Edwards, who had a chance to clinch a Chase berth and led 119 laps, finished 39th.

And on Lap 359, Jimmie Johnson hit a spun-out David Reutimann and sustained significant front-end damage. Johnson went to the garage but returned on Lap 413 and finished 36th.

The first big drama occurred on Lap 77 when Kurt Busch, who started on the front row and led 54 laps, dropped from the lead and had to come to pit road because of a loose wheel. He compounded matters by speeding on pit road and received a pass-through penalty.

Busch went to the garage, got back in the race on Lap 108 but emerged from all that in 41st place.

Shortly before that, Joey Logano and Kyle Busch came together on Lap 106 with Logano sustaining right-front damage and Busch taking some left-rear damage. Both drivers got back into the thick of things, though, after a caution on Lap 257.

Then, on Lap 176, a lapped Travis Kvapil spun Clint Bowyer, the leader at the time. Bobby Labonte slid sideways into Bowyer, who sustained some damage but was able to stay in the race. Labonte went to the garage and didn't return until Lap 238.

Superstar Danica Patrick was lapped 7 times, but she sure is pretty.