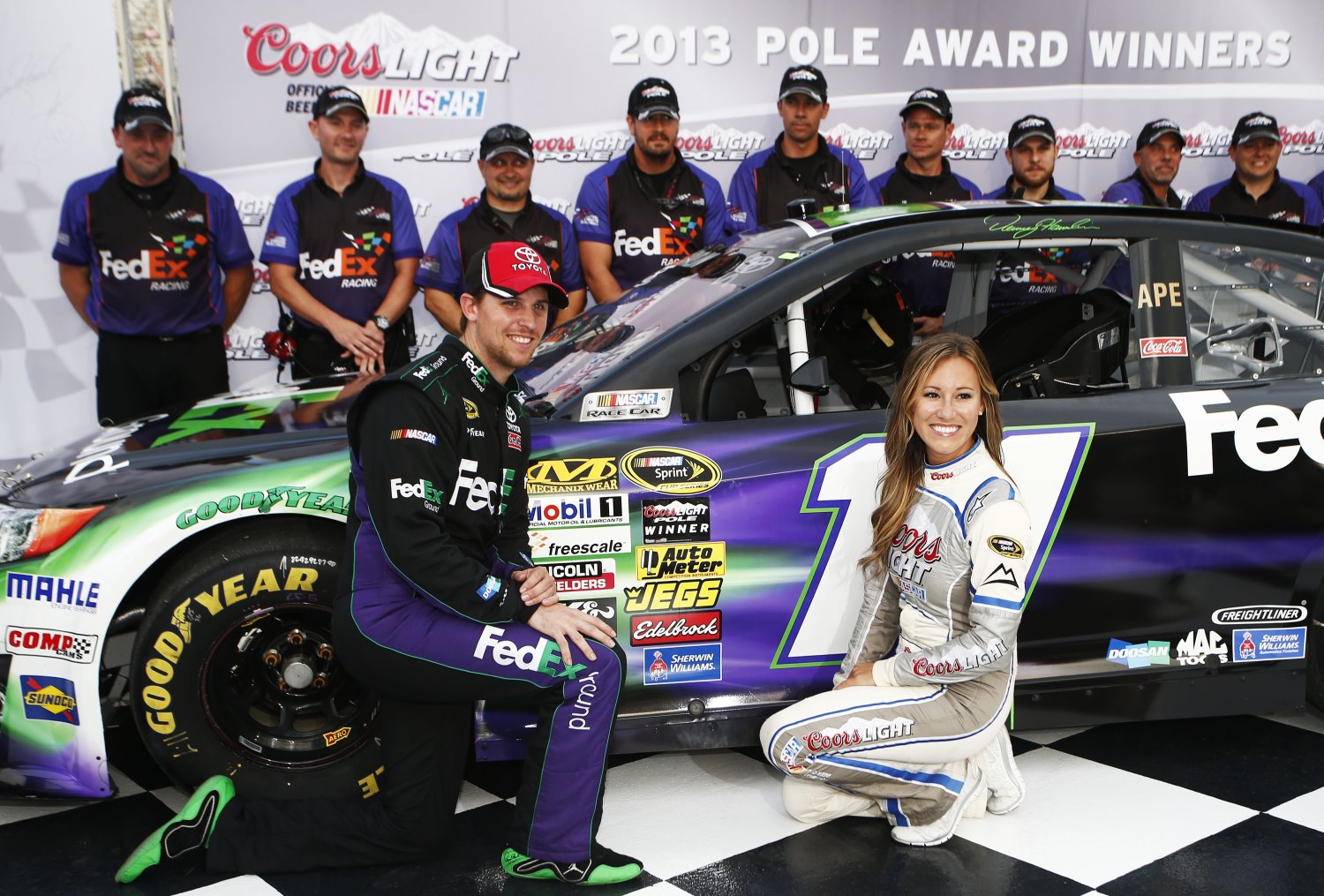 Funny how these things happen in NASCAR. FedEx, headquartered in Memphis, Tenn, got to see their FedEx car win the pole in nearby Bristol, Tenn.

Hamlin’s pole was his fourth of the year, first at the Tennessee track and 16th of his Sprint Cup career. He’ll start first, driving the No. 11 Joe Gibbs Racing Toyota, in Saturday night’s Irwin Tools Night Race (7:30 p.m. ET, ABC) on the 0.533-mile concrete track.

Kurt Busch will start second in the No. 78 Furniture Row Racing Chevrolet after a lap of 128.770 mph. Carl Edwards, Brian Vickers and Matt Kenseth completed the top five.

Kyle Busch, seeking a sweep of Bristol’s three national series events this weekend, led final practice but posted the slowest qualifying speed after an adventurous attempt. He washed up the track in Turns 3 and 4 on his first qualifying lap but stopped before crossing the start-finish line.

Busch drove the opposite direction and made a U-turn in order to get a running start for his second lap. But Busch crumpled the right-rear corner of the No. 18 Joe Gibbs Racing Toyota as he spun out of Turn 2.

Series leader Jimmie Johnson, who holds a 41-point advantage over Clint Bowyer, did the same maneuver as Busch, but with better results. He turned around during his warm-up lap and regrouped to qualify 13th. Kasey Kahne, the most recent Bristol winner in March and his Hendrick Motorsports teammate, qualified seventh.

Mike Bliss was the only driver who failed to qualify for the 43-car field.