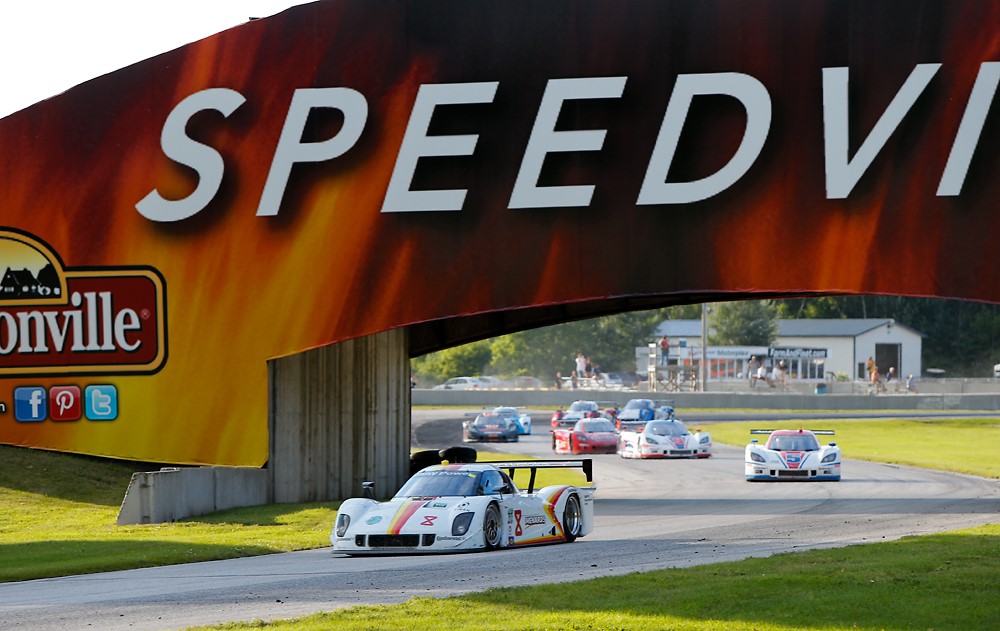 Opportunity knocked for Brendon Hartley and the young New Zealander made the most of it on Saturday at Road America, joining Wisconsin driver Scott Mayer in winning the VISITFLORIDA.com Sports Car 250.

It was the first GRAND-AM Rolex Sports Car Series victory for both drivers of the No. 8 Starworks Motorsport BMW/Riley. Hartley had shown flashes of brilliance through his rookie season – with the 23-year-old Formula One simulator development driver nearly winning at Circuit of The Americas before a late-race mistake.

“This was an emotional win for me," Hartley said. “I’m not going to lie – I had a lot of flashbacks to COTA. But I knew we had it covered, so I just brought it home."

The turn of events that put Hartley and Mayer – of Franklin, Wis. – in victory lane began with misfortune for Starworks teammates Ryan Dalziel and Alex Popow, who won the Brickyard Grand Prix at Indianapolis in the No. 2 Soloson BMW/Riley. Dalziel lost his engine exiting the pits after a stop with one hour remaining and came to a stop at the exit of Turn 1 – bringing out the first caution of the race. Most of the remaining leaders pitted during a later caution – putting Hartley ahead to stay.

Polesitter Dane Cameron and co-driver Wayne Nonnamaker dominated much of the race in the No. 42 Team Sahlen’s BMW/Riley. Cameron broke an axle while leading on lap 54 – moments before the engine let go in Stephane Sarrazin’s No. 3 Corvette DP resulting in a spin to Wayne Nonnamaker in the No. 43 Team Sahlen’s BMW/Riley to bring out the final caution.

Max Angelelli took the lead in the No. 10 Velocity Worldwide Corvette DP started by Jordan Taylor when Cameron pulled off. Team owner Wayne Taylor was visibly upset when the final caution flag waved – knowing that Harley and the Action Express teammates did not need another pit stop.

Dalziel and Popow wound up 14th, trimming their Daytona Prototype points lead to four points over Jon Fogarty and Alex Gurney (246-242), who finished eighth in the No. 99 GAINSCO Auto Insurance Corvette DP.

Both the GT and GX classes featured lead changes in the final minutes – and both winners came to a stop on the cooldown lap.

Andy Lally and John Potter finished fifth in the No. 44 Magnus Racing Porsche GT3, extending their lead in the GT standings to seven points over Robin Liddell and John Edwards (255-248), who finished eighth in the No. 57 Stevenson Auto Group Chevrolet Camaro.

Auberlen ran out of fuel in Turn 5 after taking the checkered flag, while Miller came to a stop with a broken drive shaft.

Plumb passed Spencer Pumpelly for the lead when the latter pitted for fuel with four minutes remaining, and then nursed the No. 13 Rum Bum Racing Porsche Carrera for two more laps to the checkered flag. Nick Mancuso – looking to give Aston Martin its first CTSCC victory in the No. 15 Multimatic Motorsports Vantage started by Frank Montecalvo – made up 10 seconds in the closing two laps but came up 1.932 seconds shy at the checkered flag.

Plumb and Longhi now hold a 54-point lead in the GS standings over Matt Bell and John Edwards, who finished 17th after battling back from early problems. It was Rum Bum’s third victory of the season, and 18th for Plumb and 15th for Longhi.

The Street Tuner race also had a compelling finish when leader Tom Dyer ran out of fuel on the final lap in the No. 196 RSR Motorsports Honda Civic Si started by Andrew Novich. Gregory Liefooghe went on to win in the No. 81 BimmerWorld BMW 328i started from the pole by Tyler Cooke.

Jesse Combs and Jeff Mosing battled back from an early penalty for contact to finish second in the No. 56 RACE EPIC/Murillo BMW 328i – unofficially taking a six-point lead in the ST championship.

Peter Baron, Team Owner: “I am so happy for Brendon and Scott to break through with the win; we knew it would happen this year. Both cars could have won today, but for the 2 car the good news is that Alex and Ryan still lead the Drivers’ Championship and also the 8 car now jumps up a couple of places in the Team standings. So with three races to go, it’s still looking good."

Brendon Hartley, #8 Starworks: “I feel awesome; the car was so good today. It is an emotional win as it has been a while since I’ve won a race and it has been building up for a while. Scott drove a great first stint and the team did a faultless job; the strategy was perfect. I want to give a massive thanks to everyone at Starworks. All of the tracks are new to me and I’m loving racing in the US. It is such a relief to get this first win under our belts and hopefully we’ll be up there fighting again in Kansas next week."

Ryan Dalziel, #2 Starworks: “It’s a bitter sweet day for us. We for sure had a car to win today, but unfortunately we had a small motor issue and ended up with a DNF. That's racing and we win as a team and loose as a team. I am really proud of everyone at Starworks, Dinan and BMW North America and we look forward to bouncing back at Kansas next week. Also want to congratulate Brendan, Scott and all the 8 car crew for a fantastic win. Heading to Kansas we still have the points lead and we look forward to extending it once again."

Alex Popow and Ryan Dalziel remain in the lead of the 2013 Rolex Series Drivers’ Championship with 246 points. The 2 car is in second place in the Team standings with 246 (behind leader Chip Ganassi Racing on 251) and the #8 Starworks sits in sixth position with 212 points. 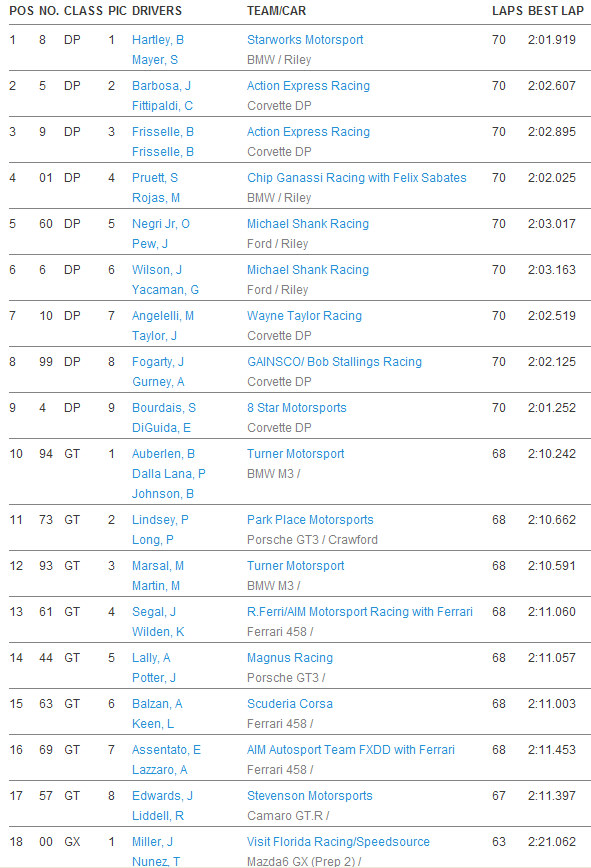