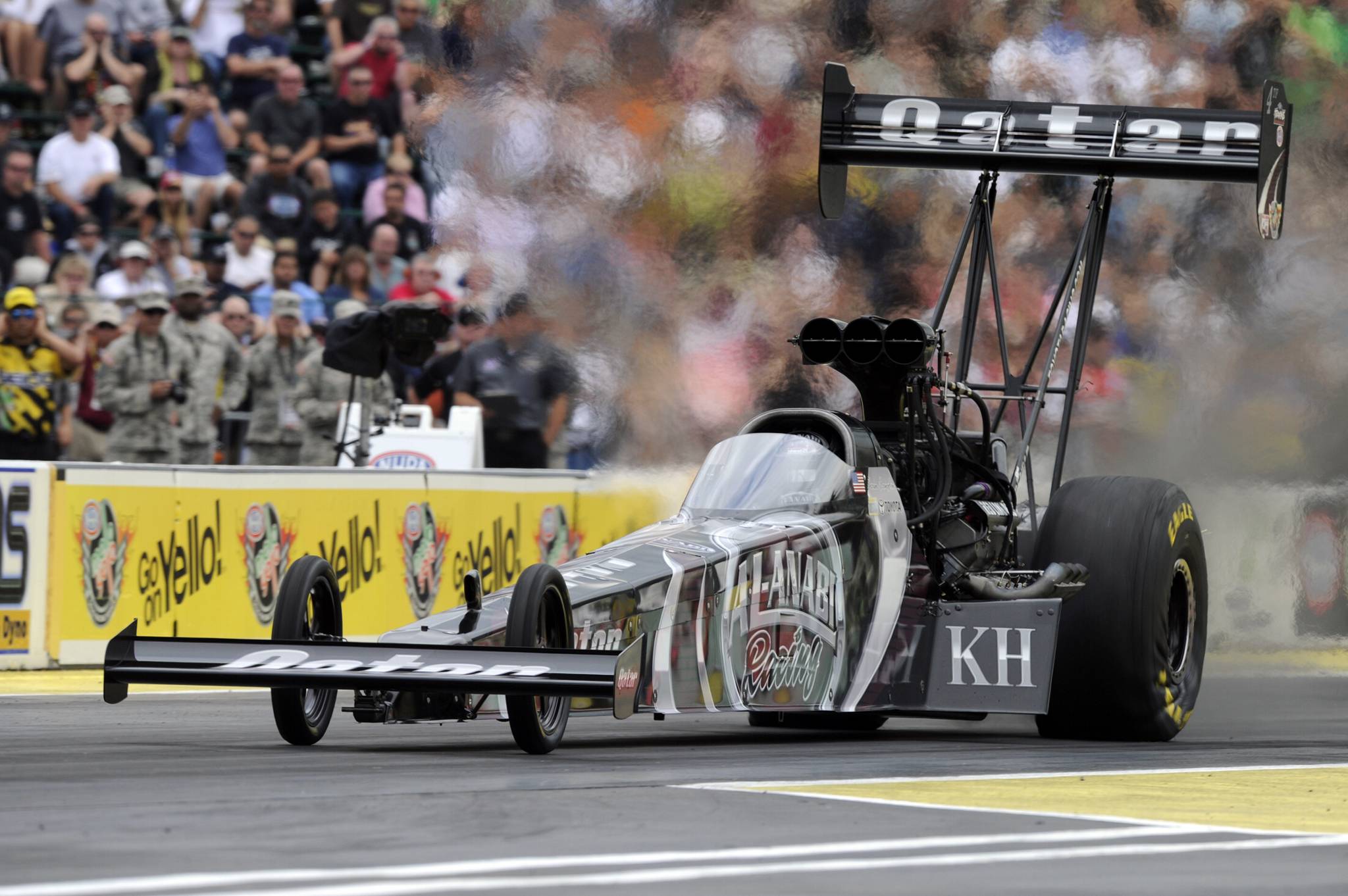 Jack Beckman (Funny Car) and Mike Edwards (Pro Stock) also will lead their categories as the No. 1 qualifiers at the 16th of 24 NHRA Mello Yello Drag Racing Series events in 2013. Sunday’s eliminations start at 11 a.m.

Langdon powered his Al-Anabi Racing dragster to a pass of 3.765 seconds at 320.58 mph to earn his fourth No. 1 qualifier of the season and 10th of his career. David Grubnic ran an identical 3.765 at 317.57 during the second qualifying session on Saturday, but Langdon stayed in the top spot due to the faster speed.

Langdon, who won in Sonoma, Calif. last weekend and has been the points leader for the past three races, will meet Troy Buff in the opening round of eliminations.

“That 3.76 is basically what we were trying to run out of the box," said Langdon, who is seeking his first Top Fuel win in Seattle. “It surprised me a little, but I didn’t talk about it with Brian [Husen, crew chief] or Alan [Johnson, tuner] before the run. I saw all these 3.80s and 3.81s in front of us and thought, ‘We’re doing pretty good if it runs 3.79,’ so it was definitely moving."

After qualifying No. 1 in Sonoma, Grubnic, who remains in the hunt for the 10th position in the Countdown to the Championship, qualified No. 2 in his Candlewood Suites dragster. Four-time Seattle winner Tony Schumacher put his U.S. Army dragster in the third spot with a strong 3.768 at 319.29. Langdon’s Al-Anabi Racing teammate Khalid alBalooshi jumped to fourth with a run of 3.781 at 320.36.

In Funny Car, defending champion Jack Beckman also broke the track E.T. record, powering his Valvoline/MTS Dodge Charger to a 4.049 at 303.64. It is the first No. 1 qualifier of the season for Beckman and the ninth of his career.

Beckman, who won in Seattle in 2007, will meet Don Schumacher Racing teammate Johnny Gray in the first round of eliminations. Gray, driver of the Pitch Energy Charger, is currently second in points and has a class-best four wins in 2013.

“This is our first pole since Maple Grove last year, but we’ve been near the top of the pack nearly every race," said Beckman, who has yet to win in 2013. “We’ve got a lot of ground to make up in the points, but we just want a trophy right now. We want to win a race so bad right now."

Robert Hight qualified No. 2 in his Auto Club Ford Mustang, going 4.056 at 307.09, and Del Worsham moved to third with a run of 4.065 at 303.84 in his DHL Toyota Camry. Defending event champion Courtney Force qualified No. 8 in her Traxxas Mustang and will meet Alexis DeJoria in the opening round. Sonoma winner Ron Capps, who was second in points coming into this weekend, did not qualify in his NAPA Auto Parts Charger.

In Pro Stock, points leader Edwards made his final qualifying run count, going 6.526 at 212.29, breaking both ends of the track record in his Interstate Batteries/I Am Second Chevy Camaro. It gives Edwards the No. 1 spot for a 12th time in 2013, closing in on the Pro Stock record of 16 No. 1 qualifiers currently held by Edwards (2009) and Greg Anderson (2004), and 53rd time in his career.

Edwards, who was part of the final qualifying pair of the last session, will meet Deric Kramer in the first round of eliminations.

“We made a really good run that time," said Edwards, who has two wins at Pacific Raceways. “I just have to give hats off to my guys. You never know what’s going to happen with two sessions. We were real conservative with the first run. We made some adjustments and made a really nice run. This Camaro is just running great."

Rickie Jones, who ran 6.532 at 211.49 in his Elite Motorsports Camaro, was bumped to the second spot as a result of Edwards’ track record, narrowly missing his first career No. 1 qualifier. The No. 2 position is still Jones’ best qualifying spot in his Pro Stock career.

Defending world champion Allen Johnson qualified No. 3 in his Team Mopar Dodge Avenger, running 6.533 at 211.69. Shane Gray, Vincent Nobile and Jason Line also clinched positions in the Countdown to the Championship during qualifying.