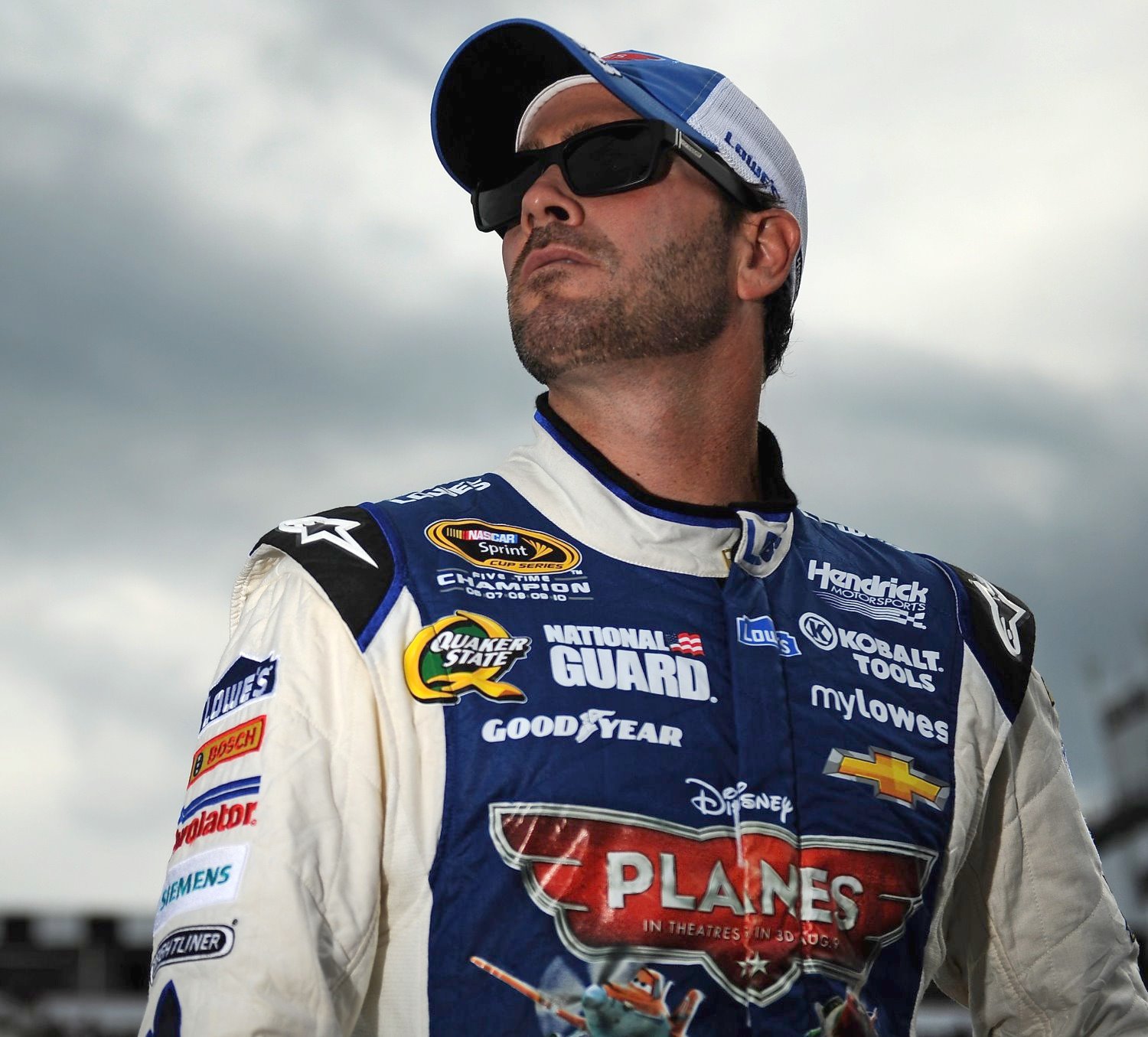 The clouds rolled in right on cue and Jimmie Johnson rolled out to the grid–late to Friday’s qualifying session at Pocono Raceway.

Inspection issues delayed Johnson’s arrival at the head of the qualifying queue and just may have been a contributing factor in the driver of the No. 48 Chevrolet SS winning the pole for Sunday’s GoBowling.com 400 with a track-record run at 180.654 mph (49.019 seconds), .004 seconds faster than the lap recorded by Kyle Busch.

Johnson had drawn the 24th qualifying position but was the 28th driver to make a run during time trials, after his team hastily pushed the car to the front of the grid. The few minutes Johnson gained from the difficulty getting through tech allowed the track to cool that much more–and a cooler track generally translates to higher speed.

Johnson didn’t believe that going out four spots later made a difference in his qualifying performance. In his view, any possible advantage would have been offset by the pressure of getting through inspection and beating the five-minute clock to the top of the grid.

"We got on the clock, which is always a scary thing, but we beat the clock."

Going out eighth on a warmer track, Kyle Busch was the first driver to top 180 mph, posting a lap at 180.639 mph (49.823 seconds). Though he thought Johnson’s late draw in general was more of a factor than the four spots he gained in the order, Busch did insinuate that the 48 team might be gaming the system.

"Probably not the clock that he was on, I don’t think that made much difference, but just the draw that he had, being 20 cars later in general than us, I think that was certainly beneficial to him," Busch said. "A lot of these other teams figure out how to play by the rules. It seems like there’s one that is sometimes late, quite often more than the rest.

Similarly, Johnson, the series leader, was late at New Hampshire Motor Speedway three weeks ago and qualified second, but his time was disallowed because the ride height was deemed too low in post-qualifying inspection. But Johnson said Friday that the inspection issues weren’t by design.

"I wish there was some master plan behind it all–but they’re welcome to try it," Johnson said. "They’re welcome to experience the stress. My heart was pounding out of my chest, trying to get in the car and beat the clock. I don’t wish that kind of stress on anybody."

The winner of the June race at the Tricky Triangle, Johnson can become the first driver to sweep both events in the same year twice at the 2.5-mile track. One of six drivers to accomplish the Pocono double, Johnson recorded his first season sweep in 2004.

Dale Earnhardt Jr. will start 25th on Sunday, and Danica Patrick will take the green flag in 34th.