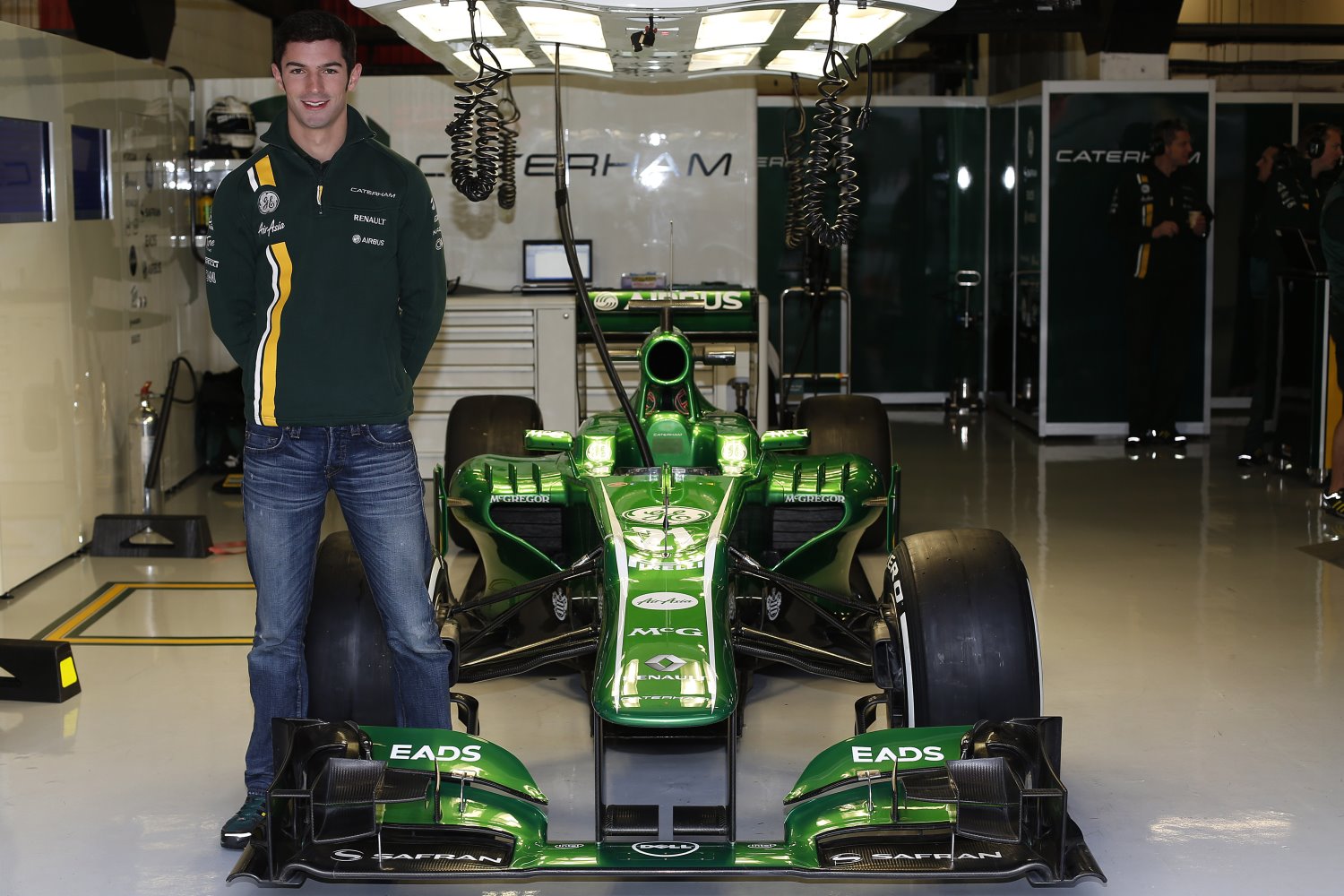 With the 2013 season now heading towards its mid-season August break, Cyril Abiteboul, Team Principal of Caterham F1 Team, reflected on the year so far and what is to come for the second half of the season for the Leafield based team.

Cyril Abiteboul: “It’s been an interesting first half of season for the team and for me personally. This is another great F1 season, with battles pretty much everywhere. As far as we're concerned, we've been fighting with Marussia who have done a great job over the last year. We started the season clearly behind them, but over the last three races a comfortable gap has appeared between us and them, which shows our rate of development. That’s also helped us on a couple of occasions to race a Williams or a Sauber and that shows where we’re setting our targets.

“This progress is positive for the whole team because it shows the aggressive development plan we have for 2013 is delivering. We made the decision to carry over the 2012 car to the start of this season for a number of reasons, in particular because this time last year – which is typically the time of the year when you need to produce tooling for the next season’s car – the team was busy moving from one side of the UK to the other, and now we are back ahead of Marussia with the chance to reclaim tenth in the second half of the year.

“So far this performance gain has not turned into a point or an improved championship position as this is not completely in our hands, but each time we bring new parts to the track, not only do we potentially make progress, but we also give ourselves the chance to learn more about us, our strengths and our weaknesses and to give motivation to our staff whether at the factory or at the track. We must not forget that we are a young group, with a limited history together, but we are growing every day.

“Since moving to Leafield last August, and especially since the start of 2013, the focus was on making sure the factory was up and running and putting ourselves in control of our manufacturing process, reducing lead times and increasing economic efficiency, with the right level of integration. Although some refinements are always possible, this will be fully completed right after the summer shutdown. During the second part of the year, we will push to be able to develop more and more accurately in the virtualized environment, the route that our industry is heading towards.

“In parallel with the improvements we’re making to the facilities, we must continue to invest in people, raising the experience level and making sure we are future proofed, particularly with new aero and engine regulations just around the corner. We are doing this so we can take advantage of the opportunities 2014 will bring and we're already above our initial targets for next year, so much so we're looking at reviewing them for more aggressive ones! The car has been in the tunnel for a while now, and we're seeing good numbers, all of which is being achieved while we keep progressing this year, hopefully showing without a doubt that we are on the right path to reduce the gap to the midfield.

“Away from the track, the JV with Renault is progressing well, giving us a solid, stable platform for our team and Caterham Group in the future. This also gives us a duty to be where we should be in terms of performance so we can promote the Caterham brand, which has some very busy years ahead, not least to create the global awareness level required to turn our ambitious product plans into commercial success.

“Back to racing, and looking at our drivers – as a rookie, Giedo has had his challenges, but his last race in Hungary was a good reward for his determination and his positive attitude that the team loves. He’s also going to be helped by the new tires which will definitely suit his style better than those used for the first nine races.

“For Charles, after only one year of experience with Marussia, he immediately made a positive contribution to our development strategy this year and that’s a clear sign of his maturity and of his determination. It’s possible the new tires take away one of his strengths over the other drivers as he was very good at tire management, but therefore he must adapt and develop other skills in terms of pure race pace to cope with what’s to come. He demands a lot from himself and from us, and I like that. I think that sort of spirit will help push the team forwards.

“Away from F1 we are also having a challenging season in GP2. However, as this side of our motorsport activities, like the Caterham Racing Academy, is a very important pillar of our values and our future, with Mia Sharizman we have been making changes to address this and we are already preparing for next season so we do not start in the same position we found ourselves earlier this year.

“Overall, the season so far has been one of highs and lows. A personal low was Melbourne FP2 when we were nowhere. Marussia was fast, their drivers had settled very quickly and we knew that our car would not evolve for a couple of races.

“However, I have a personal high every time I walk into the factory and realize that I am part of this adventure. Starting an F1 team from scratch was a pretty crazy idea of Tony’s back in 2009, but I am happy to be part of it and am looking forward to the next chapter in our story."