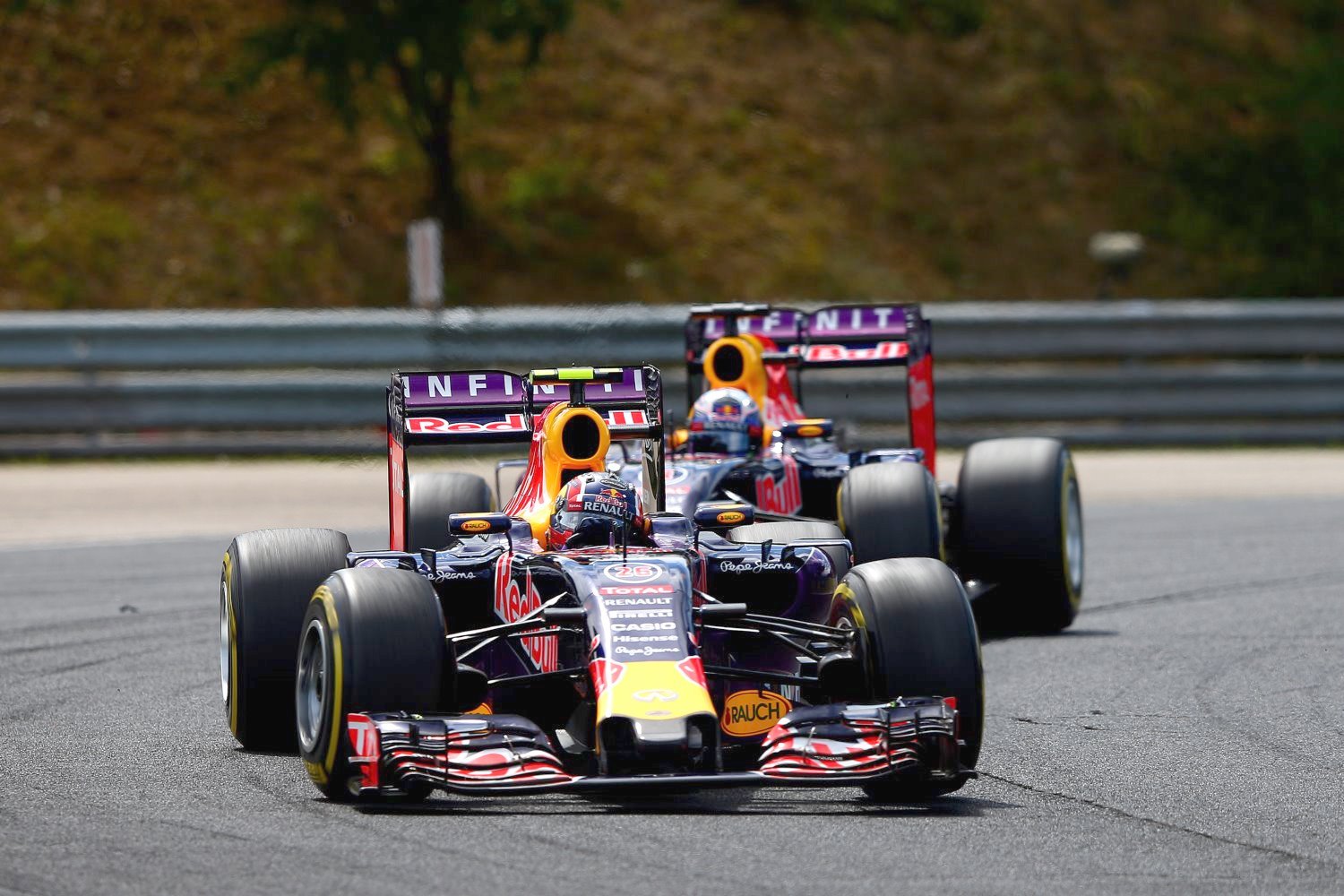 (GMM) Red Bull is not expecting its surge in form to stay on track beyond the Hungarian grand prix.

Amid an uncompetitive season so far for the former champions, both Daniil Kvyat and Daniel Ricciardo were on the podium at the twisty Hungaroring track.

But Dr. Helmut Marko said: "Sadly it will not be the same at Spa and Monza, unless it rains."

Red Bull has made it abundantly clear in 2015 that the biggest problem with its 2015 package is the underpowered Renault engine.

"When the corners predominate over the straights, then we have a chance," Marko told Germany's Sky. "Since we had the short nose, the development of our car is progressing and the car is more predictable.

"We have some more updates for Spa but unfortunately we can't get anything for the engine until Sochi," he added.

By then, Renault and Red Bull may already have announced their F1 divorce, with Renault set to buy the Lotus team and Red Bull reportedly in talks with Mercedes.

A contract exists for 2016, but it is rumored Red Bull will find an exit due to the unfulfilled "promises" about performance made by Renault this year.

And "We were promised a lot," Marko is quoted by Auto Motor und Sport.

The German magazine said Red Bull is aiming now for a customer deal with Mercedes for 2016, while junior team Toro Rosso eyes a supply of Honda power.

To some, the prospect of a Red Bull-Mercedes alliance seems unthinkable, but boss Toto Wolff said: "'Never say never' applies even in this industry.

"There is a contract between Red Bull and Renault that we respect, but we also know that this is formula one."