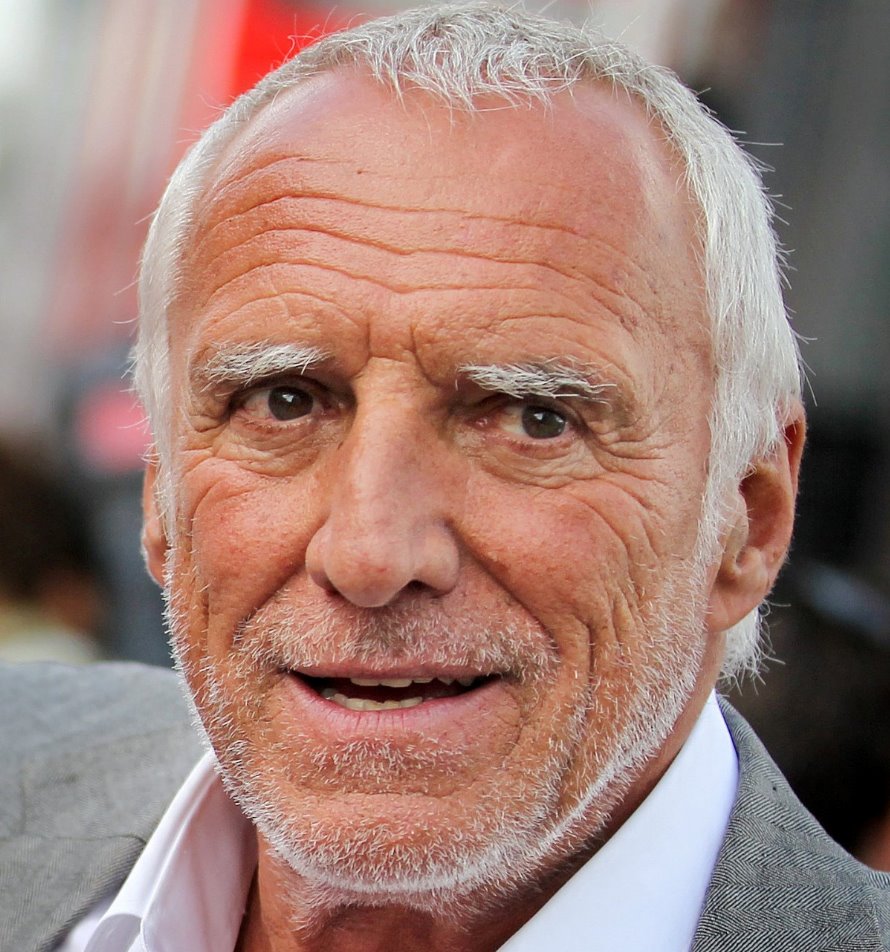 06/22/15 Sergio Marchionne, the chairman of Ferrari, says the Italian team would have no qualms providing rivals Red Bull with engines.

Red Bull are awaiting news from current engine supplier Renault regarding their future plans in Formula 1.

It is thought that the French engine manufacture might once again become a works team or pull out of Formula 1 altogether once their contract to supply Red Bull and Toro Rosso ends in 2016. A decision is likely to be made by the end of this year.

Marchionne spent some time talking up the Milton Keynes based team, adding that Ferrari would be more than willing to help them recover from their current slump.

"I have a lot of respect for Red Bull. I think they've done a lot for the sport, they've had the world championship for a number of years. I think they will find their way again and if we can help them get there, we'd be more than glad to do it," he said.

Red Bull dominated Formula 1 from 2010 to 2013 but have failed to replicate that form from 2014 onwards with some of their problems attributed to the under performing Renault engine. Their struggles saw star driver, Sebastian Vettel jump ship to join Ferrari.

So far in 2015, no Red Bull driver has managed a podium and Daniel Ricciardo and Daniil Kvyat have only scored 55 points between them, leaving the team fourth in the constructors' standings, a massive 74 points behind Williams.

At the Canadian Grand Prix, Helmut Marko, motorsport consultant at Red Bull, told Austrian reporters that Marchionne has spoken to Dietrich Mateschitz, the owner of the team.

The teams do have a history, with Red Bull using Ferrari power in 2006. Marchionne provided some further insight regarding the possibility of a deal between the two teams.

"It's in our DNA, we've done it before, I think we can provide engines to any of the teams that want to race."

"As long as we keep control over the aerodynamic work on the car, I think there's going to be enough distinguishing traits between us and the competition. We are more than glad to try and provide a level playing field now that the engine is there." Planet F1

As the former champions' troubled relationship with Renault continues to crumble, the speculation has been swirling around the paddock of the Red Bull Ring.

But team owner Dietrich Mateschitz played it down, arguing that being a mere 'customer' of a F1 rival "would never be good enough" to win more world titles.

After Mateschitz's comments, however, Red Bull official Dr Helmut Marko had at least confirmed that an offer was made recently by Ferrari president Sergio Marchionne.

"Maybe there was a vague offer," team boss Christian Horner has now told the German newspaper Bild am Sonntag.

"But Red Bull will definitely not be getting a customer engine from Ferrari.

"I do think it's unlikely that, as a customer team, you could go all the way to the top, because you would always be receiving an inferior engine," Horner added.

(GMM) Ferrari has offered to supply the struggling Red Bull team with engines.

Following a shock round of speculation, the energy drink company's Dr Helmut Marko has now confirmed the news, even though his boss Dietrich Mateschitz played down the prospect of becoming a mere 'customer' team.

"It is true that we received an offer from Sergio Marchionne in Canada," Marko told the Austrian newspaper Kleine Zeitung.

The story indicates Red Bull's level of frustration with its situation in 'works' alliance with Renault, who have struggled not only with reliability but also performance in 2015.

At its home race at the Red Bull Ring this week, both Daniel Ricciardo and Daniil Kvyat will start from the back of the grid because they have already burned through their allocation of four 'power units' for the whole season.

"We don't want to, we have to," fumed Marko when asked about the strategic choice of taking the penalties at home in Austria.

As for what Red Bull will decide to do in the future, however, it is still not clear, but team boss Christian Horner said it is obvious that "one element is missing" from the team's F1 package at present.

"The bottom line is that they (Renault) are just as frustrated as we are," Horner told Austria's Laola1.

But what about the Ferrari rumors? Horner insists Red Bull "will always have options". But is becoming a mere customer of an arch-rival among them?

"At the moment, no," Horner said. "We are fully committed to solving the problems with Renault. That is our focus."

This rumor is downgraded to 'false' today. Dietrich Mateschitz has dismissed reports his two F1 teams may soon be powered by Ferrari.

"There is nothing to it (the rumors)," the Austrian billionaire said on Thursday, as the world of formula one congregates at his 'Red Bull Ring' for the Austrian grand prix.

The speculation of a switch to Ferrari was powered by his right-hand man Dr Helmut Marko, who told Sport Bild that "Even a B-version of the Ferrari would be better than the A-version of the Renault".

Red Bull and Toro Rosso team owner Mateschitz, however, said that until the end of the 2016 contracts, "There is no alternative to Renault".

As for what happens beyond 2016, he insisted to Speed Week: "The chickens will cluck until the egg is laid.

He doubts, however, that moving from works status with Renault to 'customer' status with Ferrari is the right answer.

"You could get an engine good enough to take points from your direct competitor," said Mateschitz, "but it would never be good enough to beat the team that gives you that engine.

"With a customer engine," he added, "you will never again be world champion. And if we see that we have no chances anymore, because we are also restricted in aerodynamics, we will simply lose interest."

Until that happens, Renault is trying to improve its currently uncompetitive turbo V6 'power unit', he said.

What is clear, however, is that Red Bull will never be content with the sort of situation it is in at present.

But building a 'Red Bull' engine is not a real alternative, Mateschitz insisted.

"We are not an engine manufacturer," he said. "Of course, one day we could build our own engine, if there was no reasonable alternative. But this would be contrary to common sense.

"Just because you find a horseshoe in the forest, it does not mean I will turn it into a horse."

(GMM) Red Bull is considering a shock switch to Ferrari power, according to a media report on Wednesday.

Germany's Sport Bild claims that, fed up with works partner Renault's poor reliability and performance in the new 'power unit' era, Red Bull has been in talks with its arch-rival Ferrari.

While a switch to Ferrari would be sensational, Red Bull has actually been powered by Maranello-built engines before, in 2006.

At the end of last year, Red Bull's quadruple world champion Sebastian Vettel moved to Ferrari, but he said recently he retains a good relationship with the energy drink company.

In its latest edition, Sport Bild claims that Ferrari is indeed willing to facilitate Red Bull and Toro Rosso's return to Italian power for 2016.

However, the Red Bull-owned teams would reportedly have clear 'B' status, including a specification of engine 20-30 horse power behind the works Ferrari team.

Currently, both Red Bull teams are under contract to Renault for 2016, but it is believed a split could be facilitated by the French marque's desire to return to full works team status, for instance by buying Lotus.