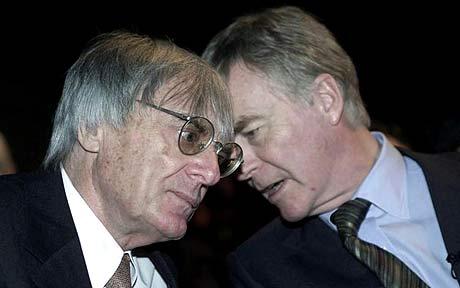 As the increasingly-troubled sport looks to take a sharp turn for the future, the meeting follows hot on the heels of Mosley, the former FIA president, wondering if F1 needs a "generational change".

"Bernie is unable to mediate by himself and, personally, I think the Federation (FIA) should intervene," said Mosley, the immediate predecessor of current FIA president Jean Todt.

Fascinatingly, it is Mercedes – as the current dominant force in F1 – that is most opposed to the push for change, and therefore wielding significant power in the context of the sport's democratic governance structure.

"You can't blame Mercedes," Red Bull team boss Christian Horner told Austria's Laola1. "I imagine Renault would react the same if they were in that position."

Horner said F1's current governance means the order of the day when it comes to shaking up the rules is "stalemate".

"It is clear to everyone that there is a problem, but as long as no one can agree about what to do, we will go around in circles."

Bild said Ecclestone and Wolff confirmed that the lunch meeting with Mosley did take place.

Wolff, referring to 84-year-old Ecclestone and Mosley, who is 75, joked: "I just wanted to reduce the average age."