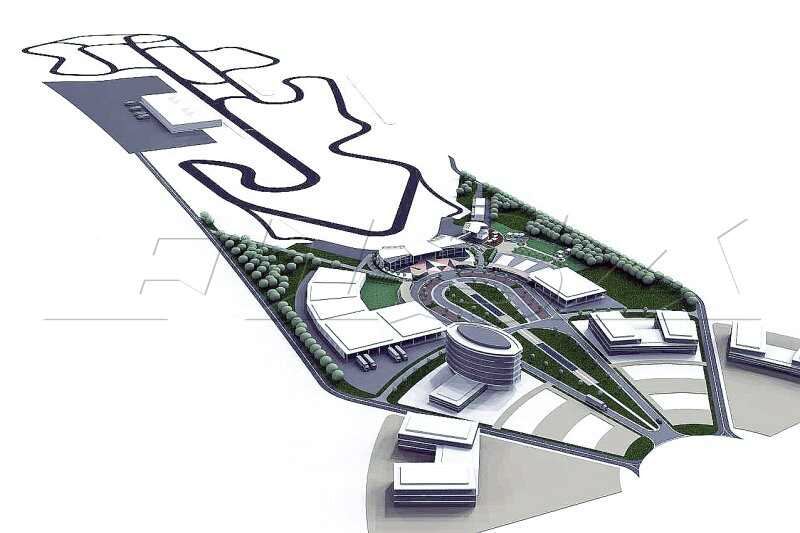 UPDATE #3 There are reports that F1 chiefs are "able to increase the calendar to a maximum of 25 races" without needing permission from world motorsport's governing body, the FIA.

05/03/15 According to the Islamic Republic News Agency, Masoud Soltanifar, Vice President and Head of Cultural Heritage, Handicrafts and Tourism Organization, there are plans to build a "Formula 1 circuit" on Qeshm Island, said by some to be the location of the Garden of Eden.

The claim was made during a visit to the island, Soltanifar saying that "Formula 1 has a great future in Iran", based on the fact that many young people have an increasing tendency for driving.

The circuit would be built in Parand City, 28 miles south of Tehran, Soltanifar claiming it "has the potential to become one of the world's most beautiful formula 1 destination".

As European circuits drop from the calendar with alarming frequency, mainly due to their inability to meet increasing sanction fees, which in turn lead to higher price tickets, it will be interesting to see Mr. Ecclestone's response to this latest invite from the Middle East. Pitpass

09/09/11 (GMM) Bernie Ecclestone has played down reports formula one could be headed to Iran in the near future.

Local media reports this week revealed that officials are building a $85 million track south of capital Tehran, with construction to "follow all F1 standards".

A subsequent media release clarified that the track will only be seeking Grade 2 certification by the FIA initially, which is not sufficient to host a grand prix.

But arguably the biggest obstacle is the country itself, with Telegraph correspondent Tom Cary arguing that "it is difficult to conceive of a less likely venue" for F1.

The Daily Express' Bob McKenzie agreed that the thought of an Iranian grand prix "under the present repressive regime" is "bizarre".

F1 chief executive Ecclestone said: "We have three or four countries already waiting for a race. I don't think Iran is top of our list."

09/07/11 (GMM) Iran has emerged as the unlikely latest prospective destination for formula one.

The local Mehr news agency said officials have decided to build a circuit 35 kilometers south of the capital Tehran, with Apex Circuit Design assigned the contract.

"Planning and construction would follow all formula one standards," Mehr, reporting that the track will be the first of its kind in Iran, quoted Apex's Martin Baerschmidt as saying.

"We were really surprised after seeing the landscape," he said.

The circuit will reportedly be inaugurated within six months, with the cost totaling $85 million.

The project's executive manager Alireza Sabbagh added: "Iran has so many young people and there is an increasing tendency for them to drive. Formula one has a great future in the Asian country."

Oil-rich Iran is bordered by Afghanistan, Pakistan and Iraq.