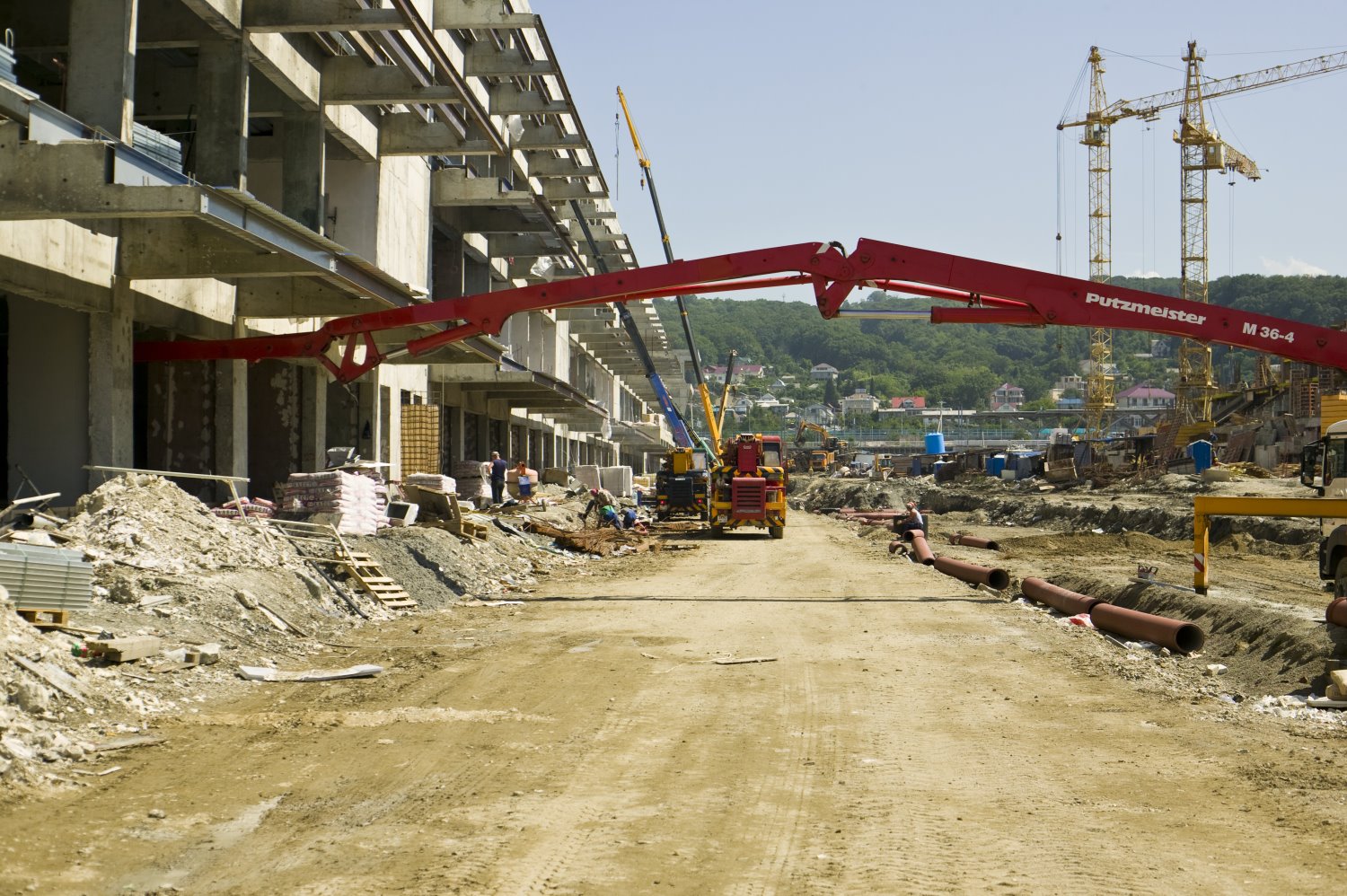 Preparations for the upcoming Formula 1 Russian Grand Prix, which will be held in 2014 in Sochi Olympic Park, are well underway.

The key persons of the project released detailed information on the Grand Prix preparation, construction progress and construction inspection of the Formula 1 circuit in Sochi.

Do you have a plan to attract foreign partners for consultation on Formula 1 project in Russia?

Our goal is to stage the Formula 1 Russian Grand Prix at the highest level. We will use the international experience and cooperate with Russian as well as foreign experts. Our foreign partner, a true professional, who has extensive experience in organizing and staging races, will be involved in the project. Negotiations with him are at the final stage.

Are you sure that Formula 1 Russian Grand Prix will be held more than once or twice and will stay on the Formula 1 calendar for a long time?

We have no doubt that Formula 1 is a profitable project for Krasnodar Region and Russia. Sochi is well known among the global community as an Olympic city. Therefore, tourists from different countries will come to visit Formula 1 Grand Prix – one of the most popular sports in the world.

The unique environmental and infrastructure opportunities are important advantage for Krasnodar Region as the best place for sports events and tourism.

Representation of Russia as the target market for car manufacturers and sports marketing sponsors will attract investments and provide economic benefit to the Region. We have signed a seven-year contract to stage Formula 1 Russian Grand Prix commencing 2014. I’m sure, Russian Grand Prix will be organized on time and stay on the Formula 1 calendar for a long time.

Construction of Formula 1 Circuit in Sochi keeps moving forward. When official FOM delegations are planning to visit the track?

Official FOM delegations regularly visit the track. We are jointly engaged in the work on security systems, electronics, etc. The track is being built according to all the necessary requirements. We receive delegations to prepare for inspection commissions. The recent visit of triple Formula 1 champion Sebastian Vettel has shown that you can already go for a spin in a car on some track sections.

Galina Chumakova, Chief of the department for construction and development of Formula 1 circuit, OJSC "Center "Omega", provided extensive comments on the construction progress of the race track:

What changes in the circuit construction and its facilities have been made from April 2013, when Formula 1 champion Sebastian Vettel visited the track in the Olympic Park?

The following works continue to move forward in accordance with the construction schedule:

The unique technology is used for the construction of the race track. Tell us about it.

Special techniques are used for the laying of asphalt base course, which is a unique multicomponent mixture with mineral admixtures. Only a few companies in the world have sufficient experience in laying of this asphalt.

What infrastructure facilities of Formula 1 circuit are to be finalized after the Olympics and Paralympics?

Vasily Belikov, a building inspection engineer of Formula 1 circuit, "Orgtehstroy", a company, involved in the control of compliance with design decisions of 'Tilke GmbH & Co. KG', revealed the details of construction quality inspection of the Formula 1 circuit.

How long have you been working at the Olympic venues? Have you and your colleagues heard about Formula 1 Russian Grand Prix before starting the project?

I’ve been working at the Olympic Park since last year. Formula 1 Grand Prix circuit is my first Sochi project. My colleagues and I are pleased to be a part of such large-scale and challenging projects as Olympic Games and Formula 1 Championship. Now we are following all the Formula 1 Russian Grand Prix information and planning to attend the race in Sochi.

Do you check the construction works with a strong sense of duty to fully enjoy 2014 Formula 1 Russian Grand Prix?

Yes, of course I’m interested in the careful inspection of the race track as a professional and as a fan of Formula 1.

How often is the track inspection carried out?

We inspect the track daily. Our working day is around eight hours including six spent on the site. For example, the stamp test of road pavement is being carried out on the track now.

What are the results of these inspections? What is your estimate of the construction quality?

The construction of the Formula 1 Russian Grand Prix circuit must meet special requirements: strict standards for ground control point adherence of the race track, high requirements for evenness of the asphalt surface. The asphalt carpet coat and the composition of asphalt have special characteristics. The inspections revealed minor deviations, which promptly rectified by the contracting organization and submitted to design institutes for approval.