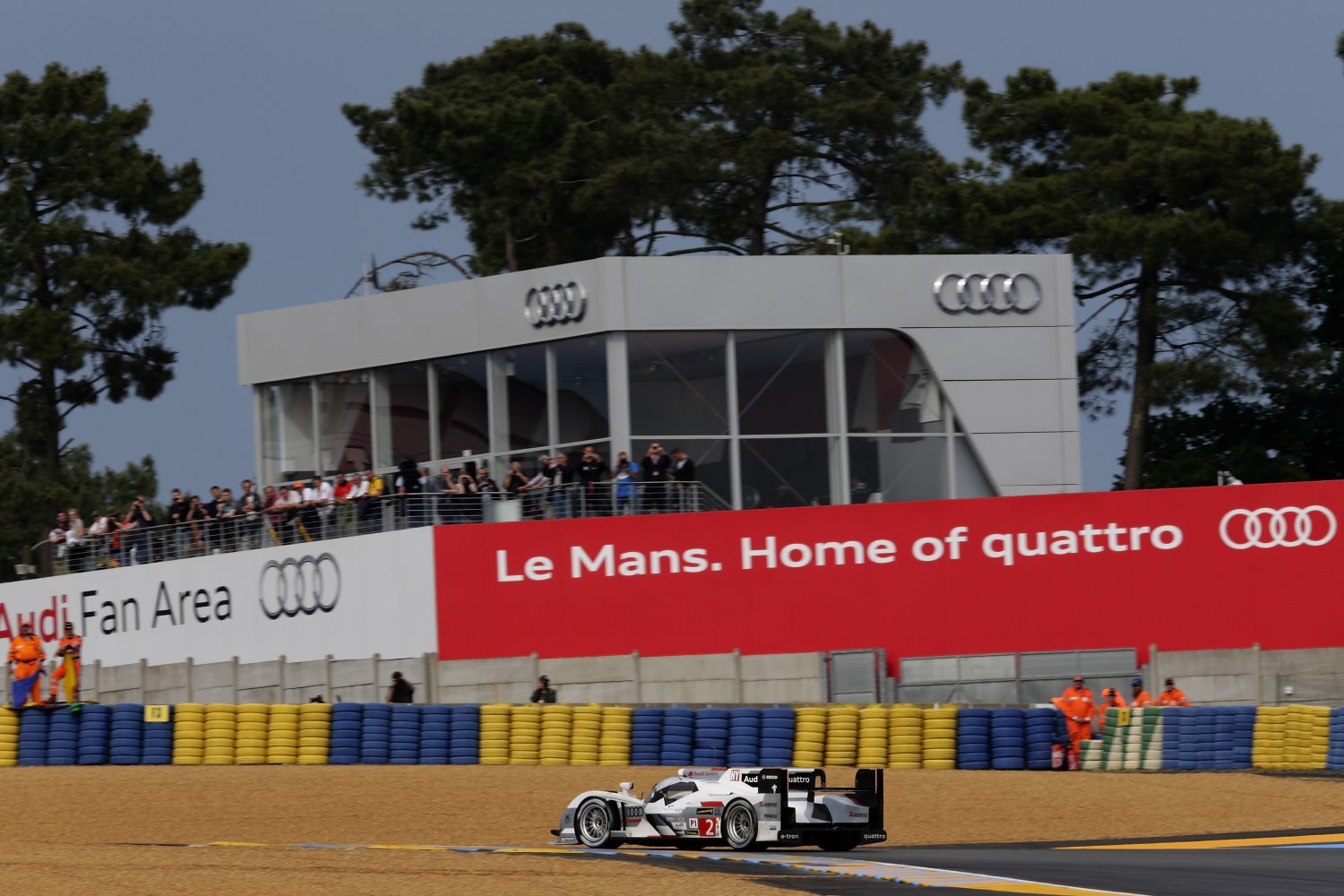 Loic Duval remained on pole position for the 81st running of the Le Mans 24 Hours, as Audi scored the top three grid spots based on Wednesday's times.

Starting the race from position two on Saturday will be the number -1' Audi R18 e-tron quattro of last year's winners Marcel Fassler (Switzerland), Andre Lotterer (Germany) and Benoit Treluyer (France). Andre Lotterer was one of the few drivers who in the final qualifying session on Thursday night managed to improve over the day before on a track that was just slowly drying after rain showers and, by setting a time of 3m 23.696s, advanced from third to second place.

Toyota was 4seconds down on Duval's pacesetting time.

When the checkered flag flew at midnight on Wednesday, the #8 of Anthony Davidson, Sebastien Buemi and Stephane Sarrazin was fourth thanks to a lap of 3mins 26.654secs from Stephane in the final minutes of qualifying.

Nissan-powered cars took the first three positions in the LM P2 class during qualifying for the 2013 Le Mans 24 Hours tonight. All three qualifying sessions were affected by lengthy red flag periods which has made it tough on the teams and most opted to run in race trim for tonight's sessions in order to prepare for 24 hours of flat out racing coming their way this weekend.

The No.24 Oak Racing Morgan-Nissan will start the race from pole position and will be joined on the front row of the LM P2 grid by the No.26 Oreca-Nissan of G-Drive Racing, followed by the Zytek-Nissan of Jota Sport.

The No.42 Greaves Motorsport entry took 12th place after running in full race trim during qualifying. Rookie Le Mans racer Jann Mardenborough completed all the running he needed to qualify for the race.