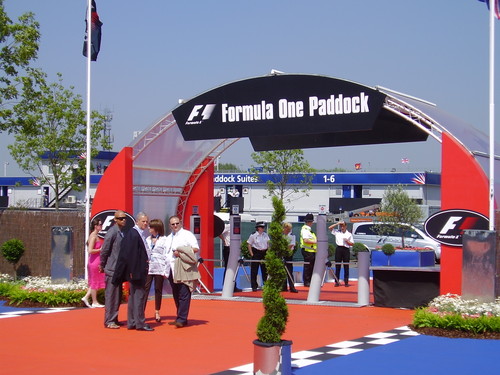 I've read numerous articles over the past few days/weeks/months/years (pick one) about how INDYCAR needs to better promote their drivers in hopes of retrieving and reviving lost fans. That is to say, I’ve read articles about who INDYCAR should promote, RHR, Americans, new faces, 3x Indy 500 winners, etc. I’ve read plenty about why INDYCAR needs to improve promoting drivers. But I’ve read precious little, if anything on how INDYCAR should do it.

We’re all good, even me, at pointing out what’s wrong with the sport, just not as eager to provide insights into how it can be transformed. Put your money where your mouth is people, I can hear INDYCAR management say.

So, at the risk of willingly stepping into territory rarely traveled and subjecting myself to criticism, I shall provide my ideas on the topic. These recommendations come by way of observations, some relevant and some less obviously so.

My intention is to create recurring themes that can be used to address the challenge at hand – how to better promote INDYCAR drivers. Rest assured, INDYCAR is doing some of this and none of it is rocket science, but in reality there hasn’t been much discussion on the legitimate topic of how to purposely affect the popularity of a driver.

Observation #1: Years ago, I worked for a television production company that specialized in motorsport television production. At one NASCAR event, my boss told me that I was going to help him get the on-air talent, a retired NASCAR driver, from track side to the press booth and in so doing, we were to traverse through the grandstand. My boss would stand in front, I was to stand behind the talent, and the three of us would quickly walk through the grandstand and provide “cover" for the “famous" driver. He’ll be mobbed I was told if we don’t.

Observation #2: Several years ago, it was my honor to be a guest of the Minardi F1 team, back in the day when Gian Carlo Minardi ran the team. Minardi provided me a credential pass, with the famous “Paddock Club" sticker attached. A race fan who saw me walking through the parking lot half-jokingly offered me $5000 for my credential. Make a note.

Observation #3: At a F1 race, the fans are essentially segregated from the drivers and the cars. Most fans can get no closer to their favorite driver than when the car is on the track and the fans are in the grandstands. Access is incredibly limited. The paddock area resembles a top secret air base, with check points at every entrance. The only way in is with the hard to obtain and aforementioned race credential — unless of course, you’re a sponsor guest. Make a note.

Observation #4: Drivers need what I would call “situational awareness," and I’m sure most INDYCAR drivers have it and use it. They realize that their future is tied to promoting their names and their sport. On those occasions when interaction is more happenstance, drivers need to be ready, even when it’s not overly convenient. And at a race, for a driver, it rarely is. Not to date myself, but I once saw Little Al at Phoenix Speedway on his scooter tearing through the paddock. In an instant, he slammed on the brakes and came to a complete stop. It was then that I noticed that he had noticed a fan trying to take a photo of him. Back in the days of film cameras and variable focus, you can imagine how challenging it was for the fan to get a good picture of Little Al as he was scooting past. To his eternal credit, Little Al stopped and took the time for the fan, not a professional photographer, to get a good shot of the driver star. Memories are made on a lot less. Make a note.

Here’s a newsflash for INDYCAR. If you want your drivers to be “stars" – treat them that way.

I’m not suggesting cutting the fans off from gaining access to the drivers. But I am saying that it should be treated with a special awareness and highly prized “inventory" available to the series.

It’s not just about gaining exposure and visibility for the drivers by granting more access. It most definitely should not be wasted. It’s about designing that access to better create the image intended.

I believe the drivers should be promoted as “larger than life" because they do things that are, well…."larger than life." AJ Foyt, Mario Andretti, Rick Mears, are all larger than life driver stars. Not all drivers can be of course, or even should be, but those few at the sharp end of the championship should be treated as if they are the biggest stars.

The bigger the star, the more the access should be highly prized and the more “extra attention" devoted by the series in every aspect of the drivers available time at the race track.

At the extreme end is F1, where drivers are barely accessible to fans at all! Sponsors, yes. But make no mistake; there is a reason for it. There is an image at play and to be a F1 driver is to be at the ultimate end of the scale, in perception if not reality. The access is highly prized. In my terms, an off-handed, not completely serious offer of $5000 comes to mind. But highly prized is obvious.

In the modern age, with social media and the rest, it is difficult to achieve this rarefied position of less than over exposure while making interaction with the driver highly prized and highly sought after. Many seem to think that it is just a matter of creating visibility, without much rhyme and reason to it. I disagree.

Today, more than ever, it’s all about rhyme and reason. A good example is Dario Franchitti driving Jimmy Clark’s Indy car a couple years back. Not an overly exciting video but a great piece of driver promotion for the Indy 500. Perhaps, more professional editing would be an improvement, but by driving Clark’s car, Franchitti is unquestionably treated like a star. And looks like one.

Think of other sports, MLB, NFL, NBA or even golf. There is little “on the playing field" interaction between the players and the fans, even on the sidelines and little that is seemingly random. Fans are in the stands. Players on the playing field. Access fans do get is designed to create greater impact and I suspect, highly controlled in the case of the biggest "stars." Fewer wasted opportunities. There is a lot of security and hoop-la. The players are all treated like VIPs. How could it be any other way?

Maybe we should make a note of that too.

Because within those observations is the pathway to stardom. In sports. In entertainment. And, I think, in INDYCARS.