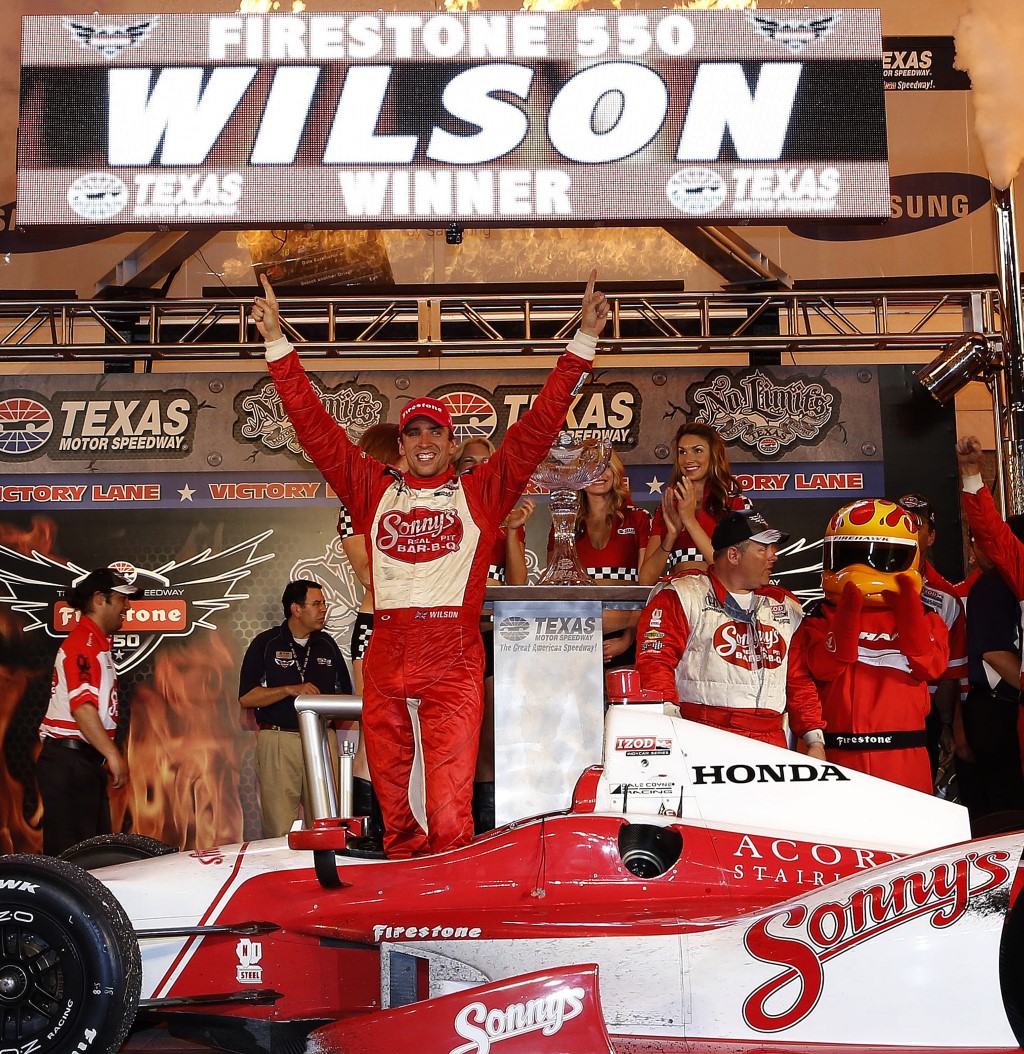 Ah yes, it’s time for Texas again. And once again, Texas is a case study in all that is good in IndyCar – and all that can go wrong.

And as CART fans remember, in 2001 drivers suffered vertigo due to the speed of the cars – which was, arguably, the beginning of the end for that series.

However, a strange thing happened – it was one of the best IndyCar races ever. The cars were competitive without racing in the dreaded pack. The better drivers went to the lead, although a few bemoaned having to race there at all.

First Scott Dixon, then Graham Rahal, dominated before hitting the wall, handing the victory to a surprised Justin Wilson in front of a stunned crowd.

So what happened? In a word, IndyCar changed the aero formula, and got it right. Working with Firestone and the engine manufacturers, IndyCar tries to provide a safe, entertaining and cost-effective race. (And yes, this means that I believe that IndyCar blew it for the 2011 Vegas race.)

Some Indy drivers, as well as some AutoRacing1 editors, lobbied for lower down force on the big ovals for years. This effectively turns them into mechanical grip cars instead of down force grip cars, and at the Texas race last year, they gave it a try. And, it worked, as it did for California later in the season.

“The cars are safer than they used to be" due to a lack of pack racing comment Helio Castroneves this morning.

So, fast forward to this year. Although IndyCar is keeping last year’s spec for the high-banked races, IndyCar is nothing if it isn’t a place where all old ideas seem to be dragged out of storage once in a while. Now we’re hearing new IndyCar management talking once again about “aero kits" for, well, sometime in the future.

And even worse yet, talk of “new track records." The concerns are obvious – will IndyCar be able to strike a balance between safety, cost and “the good show" if it has multiple aero configurations?

And if IndyCar tries for a “new track record" at Texas… well, it’s just not possible.