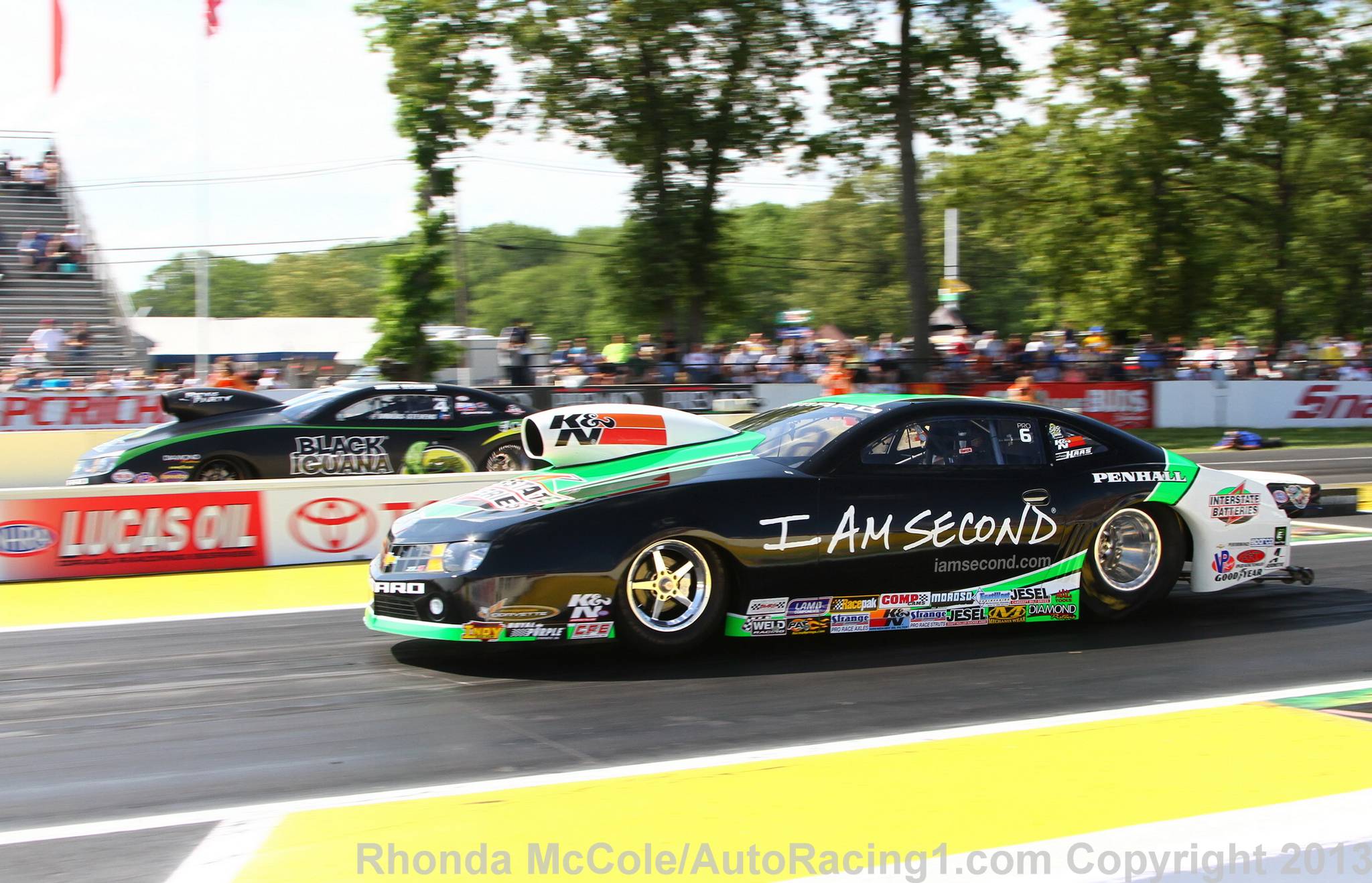 Mike Edwards completed a weekend sweep in Pro Stock, taking the win and top qualifier honors, as did Matt Hagan, who did the same in the Funny Car division.

In a Top Fuel final that featured an all Al-Anabi Racing showdown, Langdon defeated his teammate Khalid Khalid alBalooshi to pick up his third win of the season and fourth of his career and take over the lead in the Top Fuel standings.

Coming into Sunday’s eliminations after qualifying in eighth place, Langdon went on to post the quickest time in each round, taking out T.J. Zizzo, top qualifier Clay Millican and Spencer Massey before moving up for his first career final-round meeting against alBalooshi

In the third-ever all Al-Anabi final round, Langdon was first off the line and never trailed, going 3.853 seconds at 316.38 mph over alBalooshi, who went 3.869 seconds at 297.29 mph in his first final round of the season.

“From the first round to the final, we’ve made some really strong runs," said Langdon. “The run wasn’t quite as fast as we were wanting it to be. But the first Al-Anabi Racing team final between alBalooshi and me is a great way to end it."

With the victory, Langdon jumps from second to first in the points standings by four points over Tony Schumacher, who fell in the semi-final against alBalooshi.

The points lead also changed hands in the Funny Car division with another teammate vs. teammate final, where Matt Hagan scored a weekend sweep with a victory over defending series champion and Don Schumacher Racing teammate “Fast" Jack Beckman in the final round.

Hagan came in as the top qualifier on Sunday and faced some tough competition on his way to the final round. After defeating youngster Blake Alexander in the opening round, Hagan needed a holeshot to beat out points leader and fellow DSR teammate Johnny Gray and then just barely escaped a semi-final matchup against Tim Wilkerson after both cars started losing cylinders, allowing Hagan to slip by to advance to the finals.

Hagan’s victory over Gray allowed him to jump from third to first in the standings and now leads Gray by 44 points.

“The matchup with Johnny (Gray), that's pressure," Hagan said. “He was the points leader, won three races this season. It's been a big battle between me, Johnny and Cruz (Pedregon). It's just a dogfight out here. It felt like someone handed me the ball and we got to slam dunk it.

“Even though Johnny (Gray) and Jack (Beckman) are teammates you get to poke them in the chest a little bit. It's bragging rights. They have the same stuff we do. (Crew chief) Dickie Venables is the kind of guy to step up and not be afraid to be too aggressive."

In Pro Stock, Mike Edwards defeated defending series champion Allen Johnson to complete the weekend sweep and cap what has been one of the most dominating performances of his career.

Edwards posted the quickest time of every round in all four qualifying sessions to secure the no. 1 qualifier, then went onto post the quickest pass in all four rounds of eliminations, beating out Lee Zane, Rodger Brogdon and Jason Line to advance to face Johnson in their seventh final-round matchup together.

At the start, both hit almost identical lights to leave the line side by side, but Edwards managed to power past, going 6.589 seconds at 210.21 mph over Johnson’s 6.641 at 209.95 to collect his third win of the season and 37th of his career , and increase his points lead to 152 points over Jeg Coughlin.

“The whole weekend was phenomenal," said Edwards. “I think we’ve saved the best for last. Hats off to all my guys. It feels good to run good and win. Hopefully, we just keep it up."

In Pro Stock Motorcycle, Michael Ray secured his first victory of the season and second of his career with a holeshot victory over Hector Arana, Sr.

With both riders coming into their first final round of the season, Ray hit a nearly perfect .008 light to get the jump on Arana and that was all he needed, as he barely edged the 2009 series champion with a run of 6.954 seconds at 193.49 mph over Arana Sr., who ran at 6.952 seconds at 191.02 mph for his second-straight runner-up finish at Englishtown. Pete McCole reporting