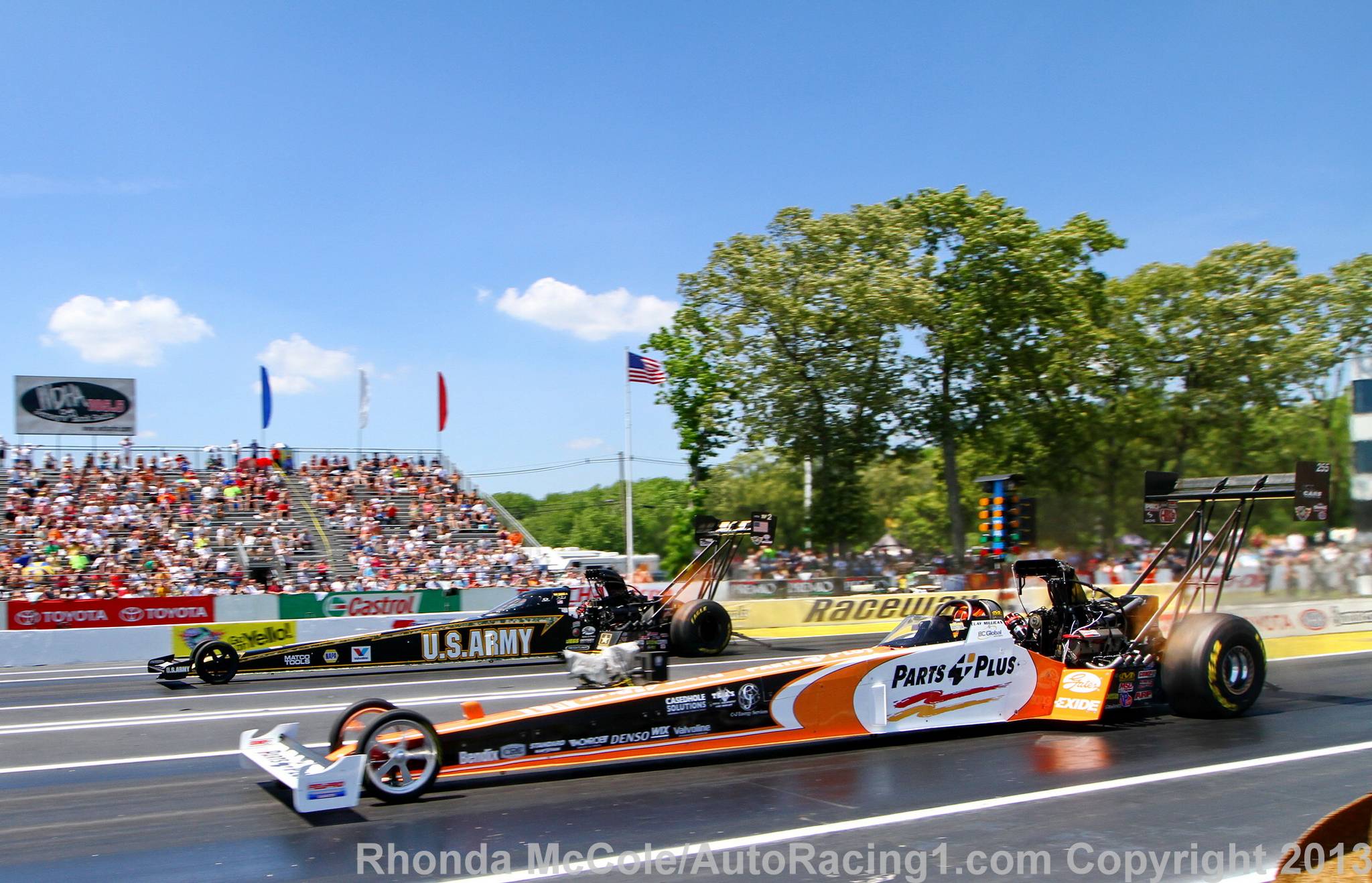 Saturday’s warm weather pushed track temperatures above 130 degrees, leading to slick track conditions and slower speeds from Friday’s sessions, leaving much of the top-five qualifiers in each of the four divisions largely unchanged after Saturday’s two afternoon sessions.

Millican raced his way to his first career no. 1 qualifier position after no one was able to top his run from Friday’s afternoon session, posting a 3.792 321.27 to collect his first pole in 156 starts.

“The No. 1 qualifying spot is incredible," said Millican. “The credit goes to a combination of people that helped make this happen. The heat here I was not too worried about it. I’m so proud of this whole team. It’s really cool but anyone can win it doesn’t matter where you qualify. Tomorrow, we got to do it one run at a time. I’m certainly going to do my best."

Millican’s previous best qualifying start was 2nd at Las Vegas back in April, but failed to qualify for the following two events. He’ll face Brandon Bernstein in Sunday opening round.

No one was able to top Hagan’s time during Saturdays sessions and Hagan himself was unable to even complete a run, smoking the tires in both of his qualifying efforts on Saturday, but his time from Friday was enough to secure his 12th-career pole and his second no.1 qualifier in the last two events.

“I’m just tickled to death that we’re sitting No. 1," Hagan said. “Sometimes, it’s a curse to be No. 1. We’ve got to treat everyone with respect and just make sure we don’t underestimate anybody. We have to be cautious of what we’re doing. I’m super proud of my boys. They deserve a pat on the back for putting a No. 1 on the board this weekend."

Terry Haddock, Mike Smith and Tony Pedregon failed to qualify for the event. Paul Lee took the bump spot and will face Hagan in round one.

In Pro Stock, Mike Edwards notched his seventh no. 1 qualifier in eight races this season, running a 6.545 at 211.36 mph in Friday’s opening session that went untouched on Saturday for his 49th-career top qualifier.

Edwards posted the quickest time in all four sessions to earn a clean sweep of qualifying, looking to make it a weekend sweep with his second Englishtown victory on Sunday.

“It’s hot, but I like it hot," said Edwards, who will face Lee Zane to start Sunday’s eliminations. “These conditions are not normal for Englishtown. But it makes it challenging when it’s hot. We hope we have all of our pieces in order to hit the Western Swing and I think we are up to the task. We’ve been fortunate to get the top spot in eight races. I’m going to try to ride this wave as long as I can."

Steve Johnson grabbed his first no. 1 qualifier of the season and his first in three years with a quick pass of 6.931 seconds at 192.22 mph on Friday that held up through both of Saturday’s rounds.

The top qualifying effort was just the third of his career for Johnson and his first since topping the field at Norwalk in 2010. He’ll face Shawn Gann in the first round.