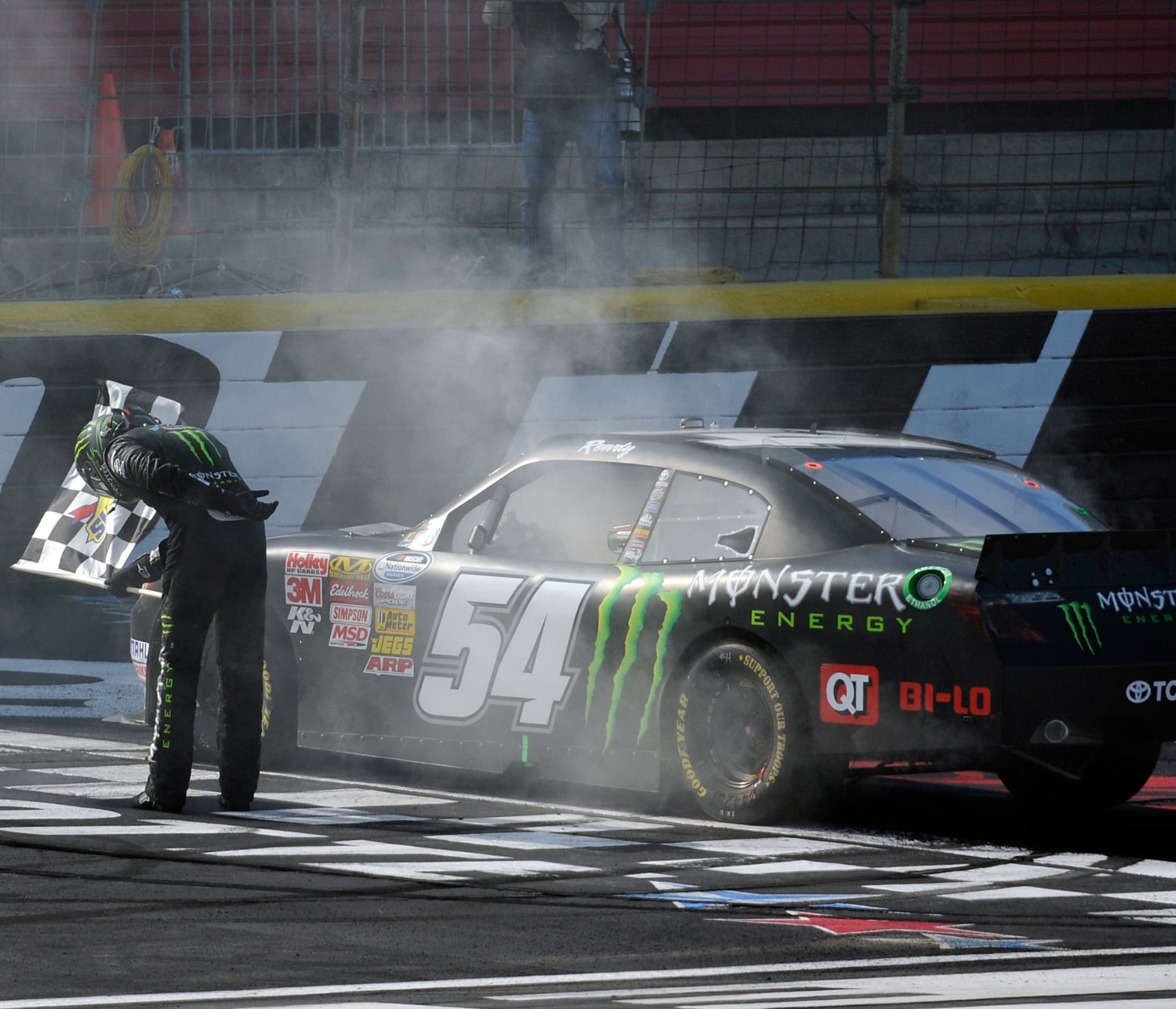 Kyle Busch raced his way into the history books on Saturday, becoming the all-time winningest NASCAR Nationwide Series driver at Charlotte Motor Speedway with a dominating performance in the History 300.

Busch led 186 of 200 laps and held off Kasey Kahne over the final 13 laps on his way to his seventh Charlotte Nationwide victory, breaking a tie he shared with Mark Martin for most all-time at the 1.5-mile facility.

Busch’s victory was his 57th-career Nationwide victory and sixth of 2013. In 10 series starts this year, he’s had only one finish outside the top three.

“This one means a lot to beat a guy like Mark Martin, Jack Ingram and all the Nationwide guys that have set previous records before," said Busch of becoming the winningest driver. “Anytime you’re tied with somebody, you want to beat them."

Busch now has two wins in as many weeks at Charlotte, having won the Camping World Truck Series race here last Friday. He now has 12 overall victories at Charlotte in the Nationwide and Truck Series, but has yet to score his first Charlotte Sprint Cup victory.

“Certainly I’d love nothing more than to be able to win the (Coca Cola) 600," said Busch. “This is my favorite race track and it’s led to a lot of Nationwide and Truck wins, but we’ve yet to win a Cup race here. I feel like this weekend is a good weekend for us and we’ll dig in on that tomorrow with 600 miles.

“We’ve had some fast cars this year and I don’t think we’re done yet."

Busch started on the outside pole behind polesitter Austin Dillon and wasted little time getting to the front, passing Dillon on lap two and going on to lead the next 44 laps.

After an uneventful start, the final 50 laps saw four caution flags in quick succession, setting up a series of short runs in the closing laps that never allowed any of the drivers chasing Busch to mount a challenge on fresher tires.

On the final restart in lap 187, Busch and Kahne pulled away from the pack, looking to settle the victory among themselves.

For the first few laps, Kahne managed to keep pace with Busch, changing his line to run the high side looking for any advantage, but Busch saw the move and reacted, changing his own line to take the air off Kahne and pull away cleanly, moving out to a nearly one-second advantage he maintained to the finish.

“I thought there at the end, Kasey (Kahne) didn’t get by me and we really didn’t dice it up or race that much, but he caught me," said Busch. “I had to change my line to a line that I hadn’t run all race long and it proved to work to my benefit."

Kahne’s runner-up showing was his fifth top-10 finish in his last 20 Charlotte races and his fourth top-10 of the season in just five starts in the no. 5 Chevrolet

“I was trying to wait to go to the outside to see if I could catch him and I got there and couldn’t get to his outside," said Kahne. “I came close, but didn’t get to him and then he changed his line and went to the top and from that point my car went to the tight side, so I just couldn’t keep up. He kept getting momentum on the top and started pulling away. I thought if he didn’t move up we would have had a really good shot."

Third-place finisher Joey Logano was left wondering what it would take to finally beat Kyle Busch.

“Do you have any ideas?" Logano quipped to the media. “We’ve got to do something to beat that Kyle Busch guy because he’s pretty good. I know they’re a good team and I know Kyle Busch is a good driver. You put all of that together and you’re gonna have one heck of a deal trying to beat these guys."

Trevor Bayne, Justin Allgaier, Matt Kenseth, Parker Kligerman and Regan Smith made up the rest of the top 10 finishers.