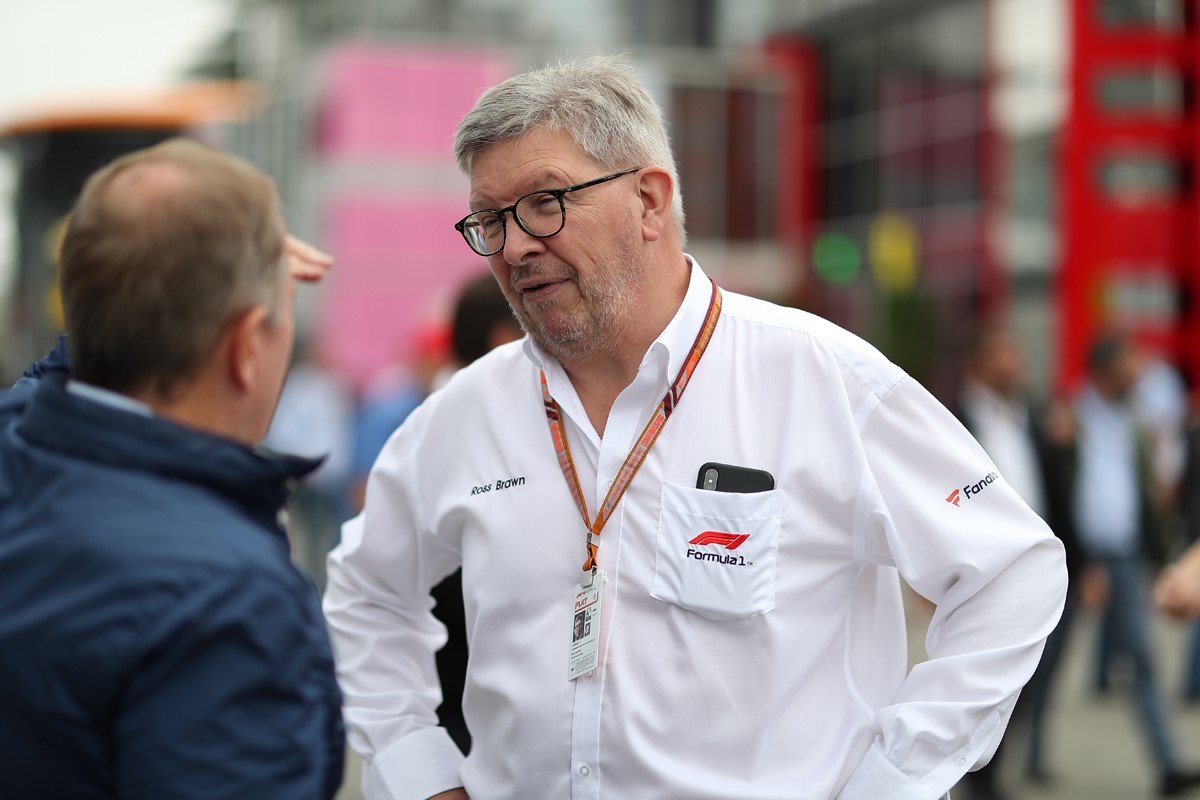 F1's Managing Director of Motorsports, Ross Brawn, Chief Technical Officer, Pat Symonds and the FIA's Head of Single Seater Technical Matters, Nicholas Tombazis, have given details of their blueprint for the sport's future.

While the aero changes this year have clearly had some impact, but not enough, Tombazis claims that the changes from 2021 will have a significant impact.

"Typically, from about a 50% loss of downforce for the following car at two car distances," he tells the official F1 website, in terms of the 2021 car, while currently "it's down to about a 5-10% loss".

Along with the loss of down force, the sport is moving from 13 inch wheels to 18 inch and compounds that will hopefully see a reduction in the dreaded tire management.

"We are in fairly deep consultation with Pirelli about how to make the tires really step up and be in a position where they enable people to race," he continues, "they don't degrade, they don't force people to manage the tires so much."

"We were asking completely the wrong things of Pirelli over the last two years," says Symonds. "High degradation target is not the way to go."

In a bid to make the drivers jobs that little bit harder – something they've called for in recent months, it is proposed that tire blankets be scrapped.

Almost from the moment Liberty Media bought the sport, Chase Carey and his team have outlined the need to level the playing field, creating a sport where everyone has a chance of a podium, possibly a win, as opposed to the current system where there are effectively three 'championship' within the one, mostly dictated by money.

"We have three teams that can win races at the moment, that's all," says Brawn. "Over the next couple of years, Formula 1 will be on a much better path… where a really good, moderately-funded team, can cause a lot of trouble.

"That's what we want. If you get a Charles Leclerc or a Max Verstappen in a midfield team, it can make a difference. It won't matter at the moment."

Poacher turned gamekeeper Brawn knows exactly how one team can suddenly find an advantage over its rivals, as a result the new "very prescriptive" aero rules are aimed at preventing this happening.

"From the relative freedom teams have had so far, it's going to be frustrating," he admits. "But if they can take the approach that these regulations are the same for everyone and 'we're going to do a better job than anyone else, we just won't be two seconds faster, we'll be two-tenths faster', that's what we want from Formula 1."

Further ideas being looked into include a reduction in car-to-pit telemetry, and the removal of some driver aids. The sport is also looking to have the trackside engineers play a lesser role during races and placing more emphasis, and responsibility, on the driver.

The sport is also seeking to give the look of the cars an overhaul, seeking a faster-looking, more aggressive look for the sport post-2020.

"We do aim for the final product to be aesthetically pleasing," admits Tombazis. "To be a car that promotes a certain amount of passion and a certain 'wow factor', so we want that to be part of the new Formula 1.

"The front wing, we're still not completely pleased about," he adds, the sport still seeking some refinements ahead of the October deadline, "both from an aerodynamic point of view and from an aesthetic point of view.

"We're trying to make it a bit better in both aspects," he continues. "There's good reasons why the wing is very wide aerodynamically, but we all will appreciate that it's not the best aesthetic result, so there's work going on there."

As well as working with an "automotive stylist" in order that significant design features can make their way into the regulations, F1 and the FIA are looking at the circuits, something that Lewis Hamilton referred to following Sunday's British Grand Prix when he admitted that some current (and future) tracks are not conducive to good racing.

Then, of course, there's the all-important financial aspect, which means teams getting a more equal share of the prize pot, the introduction of a budget cap and the scrapping of some of the bonuse agreed under the 'old management'.

In a further bid to curb spending the sport is seeking to introduce standardised wheel rims, brake systems, radiators and pit equipment, as well as a ban on hydraulic suspension systems, a restriction on the use of certain exotic materials and a freeze on the specification of gearbox parameters.

In addition, while Jean Todt's desire to see refuelling introduced doesn't appear to have much support, the sport is looking to reduce the amount of time teams can spend in the windtunnel and to limit the amount of personnel employed.

"The great teams will still be the great teams," says Brawn. "But in all the marginal gains that they do where they have ten people on a project instead of two, which brings 5% more performance, they won't do that anymore.

"They can't, or if they do, they'll be losing out in other areas where perhaps they could perhaps be making better gains," he adds.

"Currently what is happening in Formula 1 is that there's work to 'break the rules'," says Tombazis. "One thing that has lacked in previous attempts by the FIA with new regulations is the opportunity to really try to push them to the extreme, and see ourselves if in certain areas, are there loopholes or certain unintended consequences that may emerge from the rules.

"So my colleagues at Formula 1 in the aero department have now put a hat on which is a bit different. It not a rule maker," he insists, "but it's like an aerodynamicist in a team trying to see how much they can stretch the rules."

"Our objective is to make Formula 1 more entertaining, more accessible, more sustainable," concludes Brawn, "sustainable from a commercial perspective, not just an environmental perspective. And this is the first time in the history of Formula 1, certainly in my period, that there's been such a deep study of what's needed. I think we can do an awful lot better job than we're doing now and we're tackling that on every front.

"But I would stress, this is not a one-stop-shop," he admits. "This is not a set of solutions, we put them in place, we walk away and we see how it goes. We're going to put ourselves in a better place, and then we're going to carry on tuning and developing to achieve what we believe Formula 1 needs.

"We've arrived where we are today without an awful lot of structure," he says. "My view is that (Formula 1 is in) the wrong position, for lots of reasons, and this is the first step in putting it into a much better place."