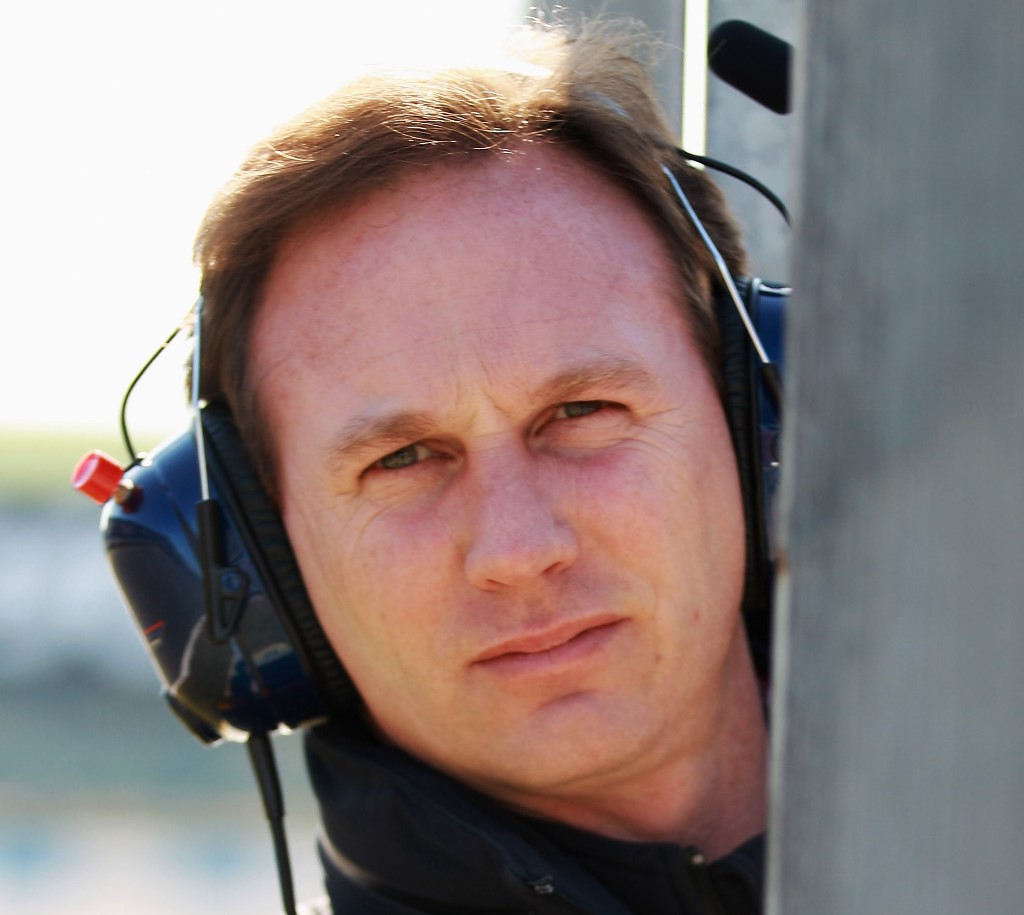 UPDATE This rumor is downgraded to 'false' today as Christian Horner denied that Red Bull has any intention of building their own engine.

"Well, first of all we have no intention of being an engine manufacturer. We have an amount of resource that we try to supplement and assist Renault where we can. We have a strong simulation group. We have strong facilities and cfd capacity within Red Bull Technology.

"Basically, what we're trying to do is work in co-ordination with Renault, to assist the areas where they're perhaps not so strong and it's more of a long term view than a short term view but hopefully the strengths that we have in Milton Keynes can be applied to helping Renault engineer themselves out of their current predicament."

However, Abiteboul countered Horner's claim about increasing Red Bull's involvement in the engine developing process, jibing that there is already plenty of Red Bull input in there.

"I'm not sure that Christian will actually confirm that there is a lot of Red Bull in the engine that was in Melbourne," he said, prompting a sharp look from Horner alongside. "No, no, seriously, it's true that we are trying to improve the way that we are working together.

"I think Christian is absolutely right that we can complement each other very well. There are areas where we have been a little bit complacent in developing where we were extremely successful like in particular simulation and software development and so on and so forth. We have the opportunity to have a better collaboration.

"The culture is different, the mindset is different, working practice is different, so I think this is basically the change management that we have to drive in order to… and make sure that we align the interest of both parties long term and from a strategy perspective. If we do that, I'm pretty sure that we can be a very successful formula."

(GMM) Red Bull could be ramping up efforts to go it alone in formula one as an engine manufacturer.

In the days between Australia and Malaysia, open war broke out between the energy drink-owned camp and its works engine supplier.

Renault, now openly contemplating a return to full team ownership, hit back furiously this week at what Cyril Abiteboul called "lies" about the real reasons for Red Bull's lack of pace in 2015.

After those comments hit the headlines, the Frenchman posted to Twitter a photo of boxing gloves, with the caption: "Packing up to Malaysia."

Indeed, the FIA has mischievously paired Abiteboul with Red Bull's Christian Horner for what will be a fiery official press conference on Friday.

In the wake of the obvious divorce throes, however, there are signs of impending peace.

Reporting on his blog f1-insider.com, German correspondent Ralf Bach says Abiteboul has apologized for the "lies" outburst, justifying it on the basis that Renault's executive board instructed him to hit back publicly against Red Bull's sniping.

The tentative declaration of peace could mean that Renault and Red Bull are closer to deciding their respective roadmaps for the future.

"During the season," Abiteboul is quoted by f1news.ru, "we will analyze the situation and submit our findings to the board of directors.

"In any case, it's not a question for this year, as we have a two-year contract with Red Bull which is valid until the end of 2016 and we intend to comply with it."

It appears Red Bull may also be preparing for a future without Renault.

There are rumors the team was so critical of its French partner in and after Australia because it is paving the road to debut its own 'Red Bull'-inspired improvements.

Former Mercedes guru Mario Illien and his Ilmor organization have been drafted in to look at Renault's turbo V6 power unit and are currently working on proposed modifications.

Also arranged by Red Bull is to run the Ilmor upgrades at the state-of-the-art facilities at AVL, an Austrian specialist powertrain company.

He said the only other companies with access to a 'virtual test track' – allowing full car testing under a roof – are Mercedes and Honda.

Schmidt added: "When you ask what a team needs with this most extreme form of a dynamometer, there is really only one answer — to become an engine manufacturer."